Le Noir - The Dark Side of Cirque Review

Le Noir – The Dark Side of Cirque astounded audiences at the Australian Premier through a dark and seductive theatrical display of circus arts.

For the first time, the Queensland Performing Arts Centre transformed their signature Lyric Theatre into a space that offered audiences a 360-degree view of the jaw-dropping spectacle. With some spectators in arms length of the custom-built stage, and others in the stalls and balconies, the crowd became captivated by each and every electrifying act.

With many of the leading personalities form global Cirque Du Soleil shows, Le Noir – The Dark Side of Cirque employed twenty of the worldâ€™s greatest circus performers and award-winning athletes to provide incredibly high-risk circus stunts.

One jaw-dropping spectacle was the Columbian Wheel of Death where two dare devils ran around a large rotating apparatus that looked like treadmill rat cages. The audience watched and gasped in fear as the pair ran, jumped and skipped (sometimes blindfolded) both inside and outside of the wheels with synchronised acrobatic skills.

However with no harnesses, the act appeared to be more dangerous than anything else as the courageous thrill-seekers lost balance and seemed to be almost as terrified as the crowd at certain points. 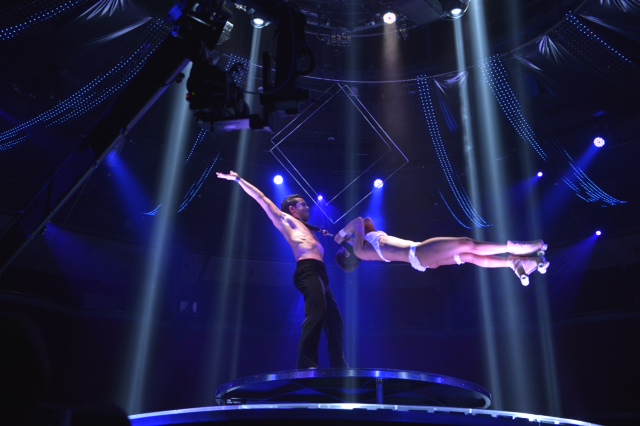 Le Noir continued to enthrall the crowd with dangerous and thrilling circus acts such as couple skating with heads held in chains, Strong Man where one man would hold the weight of another in a balancing act, Contortion with hoops raised towards the ceiling and spinning metal skeletons of a large aerial cubes. 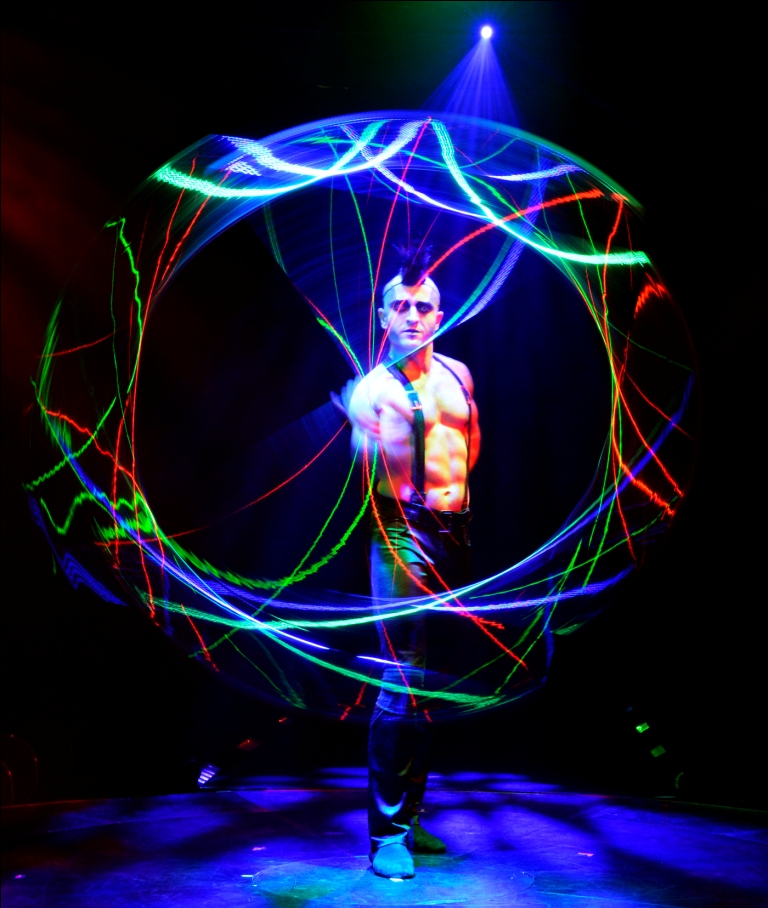 During all acts the cast of athletes, acrobats and performers portrayed undeniable demonstrations of balance, contortion, stamina and aerial artistry.

Throughout the theatrical circus acts and cabaret-influenced dance, the ringmaster and comedian pulled audience members from the stage for laugh-out-loud yet embarrassing skits before trapping himself inside of a giant red balloon.

What: Le Noir – The Dark Side of Cirque

Le Noir – The Dark Side of Cirque. Images provided by publicity.

Five Questions with Christie Whelan-Browne on Britney Spears: The Cabaret