Learning how to live, through Deathfest 2.0: Jo Thomas

Death is an intense fear in all of us, and Deathfest 2.0 is here to help us understand and alleviate those fears of death, so innate.

We recently got talking to Jo Thomas of Metro Arts about the upcoming exploration and (in many ways) celebration of death that is Deathfest 2.0. In Jo’s own words then “Deathfest is an arts and cultural festival, about trying to encourage broader conversation around death literacy, living a good life and having a good death.”

Starting at the end, so to speak, we asked Jo about her beginnings, and how she began her creative journey. “I don’t think I ever had a choice really, it was just something I started doing as a really young child, I mean everyone is creative, you just do it, you go with it, you have ideas, you’re inspired, you’re excited, you want to create something. It’s just something that’s there I think”

From this beginning, we continued towards understanding the inception of Deathfest, and the ideas and interactions that led to its conception.

“Deathfest came out of a conversation with a couple of medical specialists, one of whom is Dr. Fiona Hawthorne who works in palliative care for children, she runs Hummingbird House, and I was talking with her and another colleague about how people, especially in western culture don’t want to talk about death, we don’t want to face death.”

“But we’re surrounded by it, and it’s the one thing we know is going to happen to every single one of us, so we wanted to see if there was an arts and culture experience that we could offer people to make it easier to face the fact of death.” 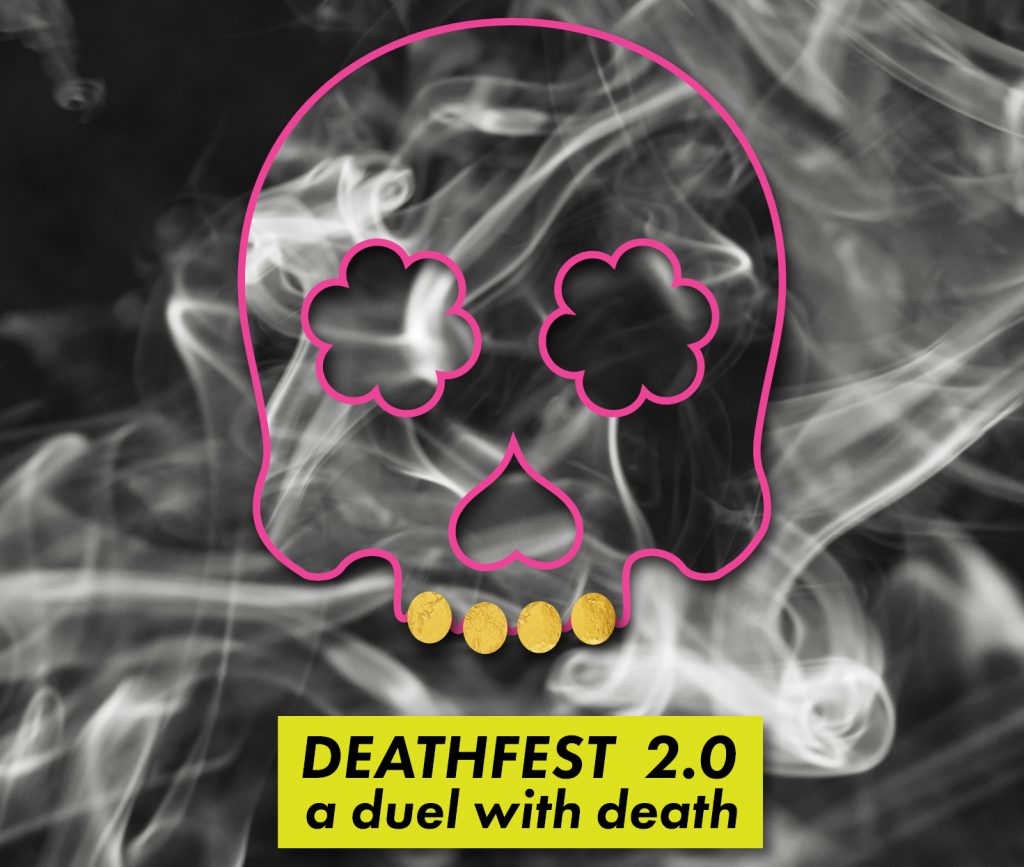 Aware now how Deathfest came to be, we probed Jo for recommended sights and sounds within the event, and what must-experience displays of death await audiences.

“There’s a really interesting work that has come out of the UK, but which has been adapted for Australia, and I experienced it over in Bristol, it’s called Bushland, and it’s an audio work that talks you through the decomposition of your body if you were to die in the bush.”

“The other one that I really don’t want people to miss is a new work we’ve commissioned with Flipside Circus, it’s called We Live Here. (Flipside Circus) are working with Hummingbird House, and have been going in and working with children at end of life, or siblings of children at end of life, and running circus workshops. We’re creating a new work out of that about what’s left behind, what are the great memories that you call upon when you lose someone so young.”

Given how diverse Deathfest is as a whole, we pondered what goes into creating an event like this, and what challenges Jo has faced making her pondering upon death, a reality.

“This has been about 12 months in the making, we’ve talked to a lot of people, Metro Arts as an organisation is artist-led, so we will offer ideas to artists, but then we leave it to the artists to explore that, to do their research, and to create new works. So, there’s a lot of artists who will present their work across the end of October and going into November.”

“We’ve got two new works that are on at Flowstate over in South Bank, and that’s a semi-outdoor venue, so that offers a lot of technical challenges. The artists will be there creating the work, and the public can go and watch the creation of the work before they see the premiere of the work. So, that’s an unusual situation. “

“Something like Bushland, that’s going to be outdoors, if it rains we’re in trouble. Of course, we want it to rain for the drought, but you have to think about your contingencies for things like that.”

“We have an afterlife party called Cathonica, and technically that one is proving to be quite complex, it’s a lot of artists involved in that, a lot of technical work, we’ve got DJs and a lot of projections, so there’s quite a lot to think about.”

Beyond the technical structures of creation, comes the emotional experience that arouses the thoughts of creation. We wondered if Jo had experienced any personal positivity in death such as that which the event was going to unpack and demystify for a wider audience.

“Yeah, I think you can have a good death. My grandmother died not that long ago, and she was one hundred [years old].”

“She lived an amazing one hundred years, so imagine what she saw in that time. I think that’s something lovely we can all hope for, I think if you get a chance to say goodbye to the people you love, to see your life kind of come to fruition and feel happy with all you’ve achieved, that’s a great outcome as well.”

“We’re asking people to be fierce, to come out and deal with death, to face it head-on and hopefully be inspired to live a great life.”