Learning the Ropes With Georgia James

We chat with singer/songwriter Georgia James about starting out as a recording artist and her debut single, ‘Start a War’.

Our interview with Georgia James took place between sets during a gig at a blood bank — an unlikely venue, but fortunately one where you can appreciate her soulful vocals and sparse electric guitar without the usual background noise of bars. The Brisbane-based artist released her debut single ‘Start a War’ in May, and undoubtedly we’ll be hearing a lot more from her soon.

TCI: Where did your musical journey begin, and did you always want to be a singer/songwriter?

Georgia James: I’ve always loved singing and music. I started playing guitar when I was about fourteen, but it’s only been really been in the last year and a half that I’ve actually decided to pursue it a bit more seriously. I went to uni and did all that, and now I’m like, “if there was ever going to be a time to pursue it this would be the time”, and I’m so glad that I have. It’s all I care about and want to do.

TCI: How did you form your identity as a solo artist?

GJ: I’m not really sure. I think I probably would’ve liked to play in bands and stuff. I have music friends, but they already were in bands and I just always ended up doing it on my own.

The song that I just recorded, a friend of mine helped me out with the other instruments, like the drums and the bass and stuff. I definitely enjoy playing with other people but being on your own you can control the whole process. I also think that I know the sort of songs that I want to write as me, so that might be a bit difficult if you get other people involved. 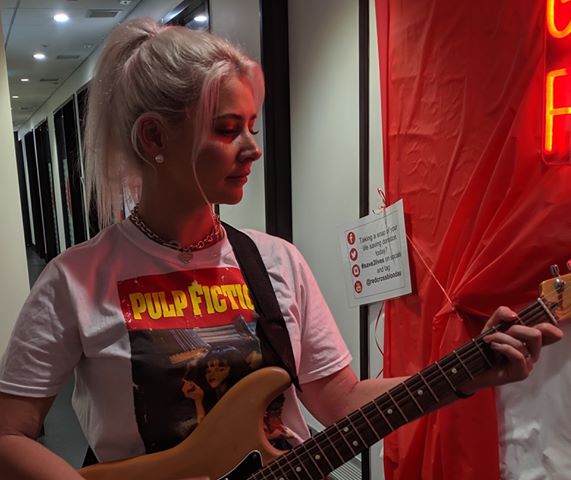 TCI: Were there specific people who helped you with the journey of releasing your own music?

GJ: The first song that I recorded was just one take and I was lucky enough, because I used to work in advertising, that my boss was like, “you should record one of your songs in our sound booth”. I just happened to put it on Triple J Unearthed for a bit of fun and I guess the right person saw it.

I got contacted by a man who works at The A&R Department in Sydney and he was like, “If you’ve got any other songs I’d love to hear them. We could do a release”. So ‘Start a War’, which is the new song that I’ve released, was only really possible because of them. I went to a small recording studio in Annerley to record it and that was again through my advertising contacts. It was great, they did such a good job.

TCI: How did you start booking gigs, and is it difficult to find venues that will support you as an independent artist performing your own material?

GJ: One of the first ones that I got… a friend of mine was doing a uni assignment and she had to set up an event, so she was like “I’ll make this event at this venue and you can be the entertainment”. I did that and it went really well, and they wanted to have me back. I sing there fairly regularly — that’s at Tuk Tuk in Milton. I got contacted by another old acquaintance and I got a monthly gig out at The Brookfield Bar, in the Western Suburbs, until he left. Hitching Post… I just walked down there one day because I used to live locally to them and I was like, “Oh I’m a singer, do you want any live music?” and they did, so now I play there every month.

This one came out of the blue. They found me on Instagram, which is all the more reason to share everything. I think I’ve been lucky, because I know that there’s a lot of other musicians that I know, particularly if they’re independent and playing their own stuff, that struggle to get regular work. And even for me, like, once a month, you couldn’t live on that.

TCI: What was the production process like for ‘Start a War’?

GJ: Where we recorded it is an old hollowed out church out the back of this guy’s house. It’s gorgeous! He gutted it and made it into a studio. It’s got all the really lovely stained-glass windows and everything, and the acoustics in there are so nice.

It was very nerve-wracking for me though because it was the first time that I’d actually done it, but they were very encouraging. It probably took twelve hours to get it done — we probably could’ve done it over multiple days, but to get it done on time we did it in one day. We had to record the drums and bass separately, and then the lead guitar, the rhythm guitar (I played both) and then put the vocal on top. It did take a lot of mucking around.

TCI: What’s your experience been like promoting ‘Start a War’?

GJ: The people I’ve been doing the release with have been promoting it for me mostly, which is awesome. They’ve sent it to a bunch of radio stations all over the world. I actually found out the other day that, somehow, I’m going to be in a top 30 for June for this radio station in the US. In the last two weeks, I’ve had three radio interviews and a bunch of airplay so it’s been really good.

For me, I’ve just been sharing it on my socials, but [The A&R Department] have a much further reach so I’m in safe hands. It’s been received very well considering I’m relatively unknown. I’m excited to see what will end up happening with it. 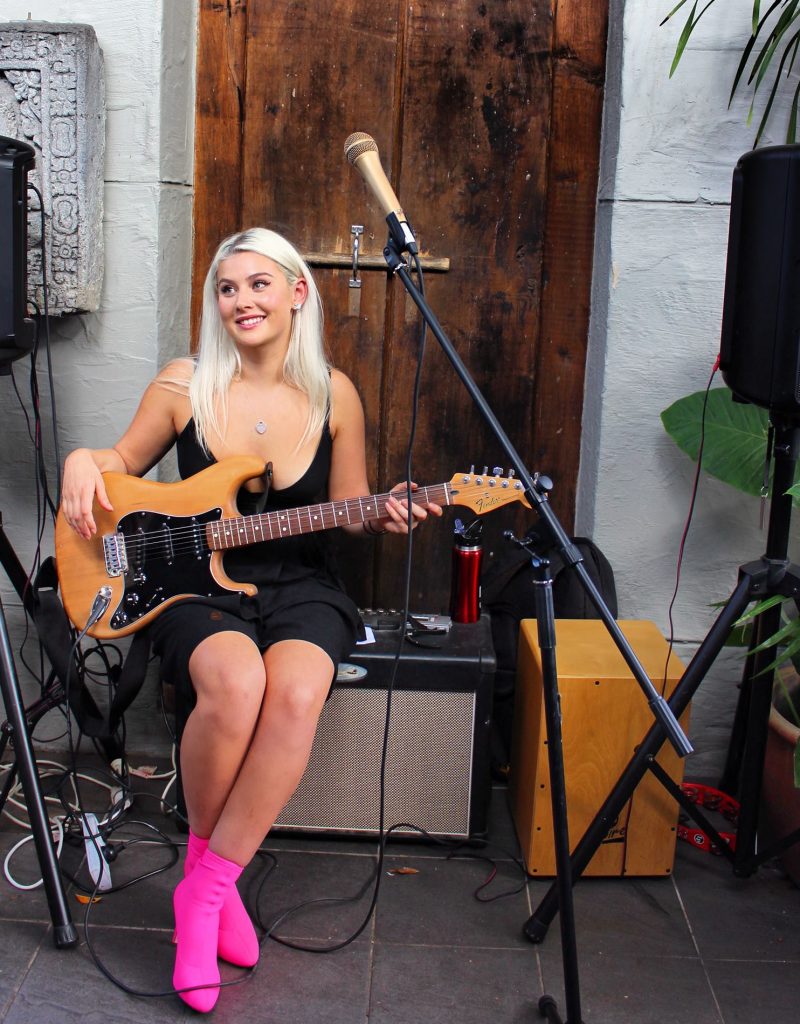 TCI: It’s a little-known fact that you used to write for TCI. In your writer’s bio you said you “love exploring ways of using language to tell stories”. Do you find that your journey as a writer and storyteller comes through in your music?

GJ: I would say so because whenever I’m writing a song the lyrics always take the longest time. It shouldn’t really matter, because you can kind of say anything over a good piece of music and it’s going to sound the same. It’s important to me that I don’t do a disservice to the music that I’ve written by writing poor lyrics. I’m a bit pedantic about the lyrics because I want to tell people what I’m saying, but in a way that’s not boring and generic.

TCI: Your lyrics seem very personal and introspective. Is there a specific environment or process that’s conducive to writing that kind of song?

GJ: I think that one thing that I try to make use of is any extreme — extreme happiness, extreme sadness, anger… I try to channel that into a song. Sometimes you’ll be sitting with an idea for ages and you’ll eventually work it out, but the ones that come together straight away usually come from a place of extreme emotion.

TCI: How do you find the time and energy to focus on what you’re doing, and how do you stay motivated?

GJ: I work full-time in marketing, and when I’m at work I’m thinking about what I want to do when I get home — practice guitar, practice my singing, write some songs… I’m always motivated because music is all I’ve ever cared about. It’s just that I was a bit too scared to take the risk of pursuing it as my only career option. Now that I’ve sort of backed myself I’m going into it head first. So really, I’m always motivated.

GJ: The plan is to have an EP recorded by the end of the year. Either that or I’ll have another single in the next six months. I’ll be playing around Brisbane as much as I can.

You can listen to Georgia James‘ debut single ‘Start a War’ here.