Have you ever wanted to visit the Honky Tonk scene in Nashville? What about a journey through space and time to a Tarantino bar scene? In Brisbane you can do both… almost.

Lefty’s Music Hall, simply and affectionately known as ‘Lefty’s’ to its loyal punters, has swung open the saloon doors once again. The classic Caxton Street venue suddenly shut up shop last November after a plunge in popularity. The Courier Mail broke the story late last year, alleging that the previous owner of the music hall owed up to $170,000 to staff, musicians and consultants. Thus leading to the unfortunate demise of the much-loved venue.

With all of that behind them, the new, somehow even more American Lefty’s opened to the public last Thursday night. From the moment you step foot on the red-carpet, your mind will be thrust back to a time once past. The grandeur of the 1880s building has a prominent, charming allure, offering a kind invitation for you to be seated in its velvety realm… in simpler terms, it makes you want to order one of their famous ‘Apple Whiskey’s’ and sit back ASAP. 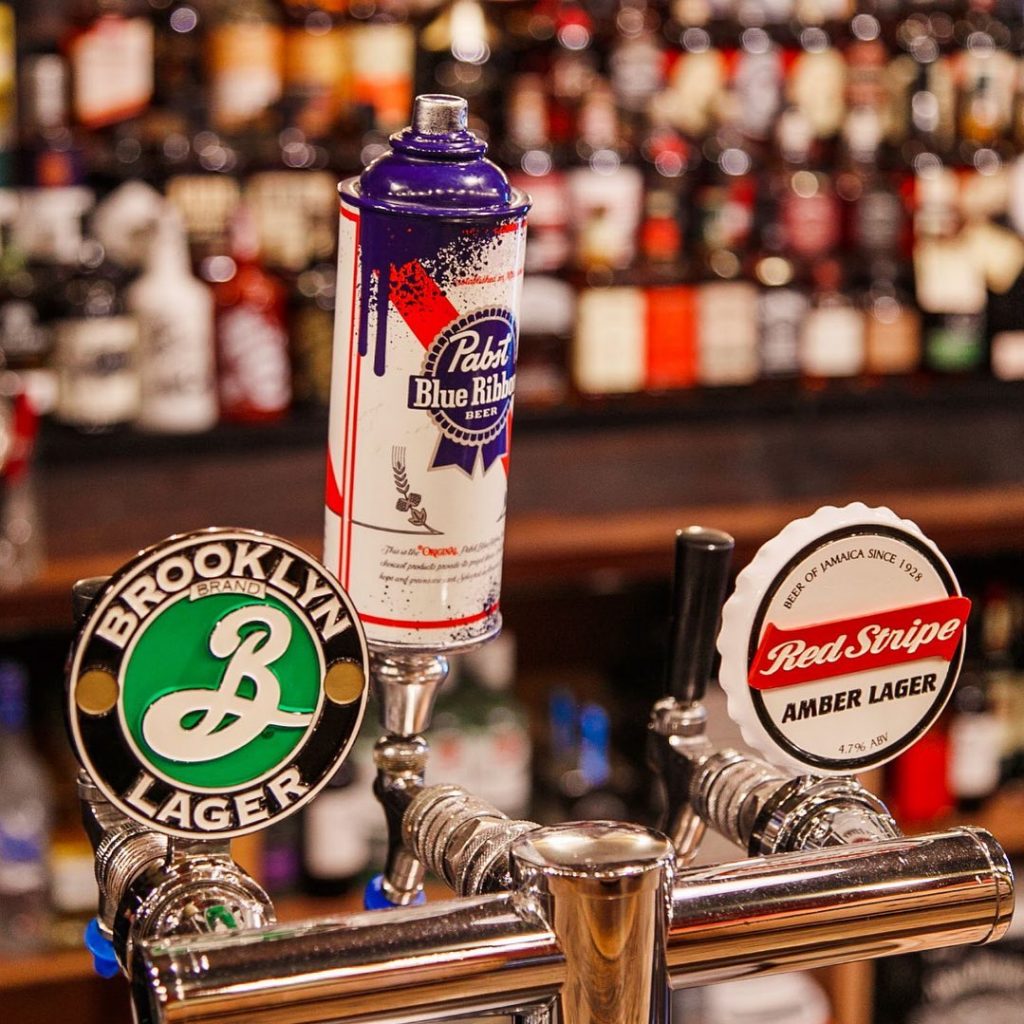 In addition to the well renowned apple whiskey, the new look Lefty’s includes exciting new imported tap beers such as Brooklyn Lager, Pabst Blue Ribbon, and Jamaica’s very own Red Stripe. A big step up from having Corona by the bottle as their only lager option once upon a time.

Can’t you see yourself seated on a plush red leather sofa surrounded by the adorable (albeit very dead) taxidermic wildlife enjoying a tipple alongside a cheeseburger spring roll? That said, the new menu seems like an Americana dream – we’re talking; hot-dogs, loaded fries, cheeseburgers, buffalo wings. 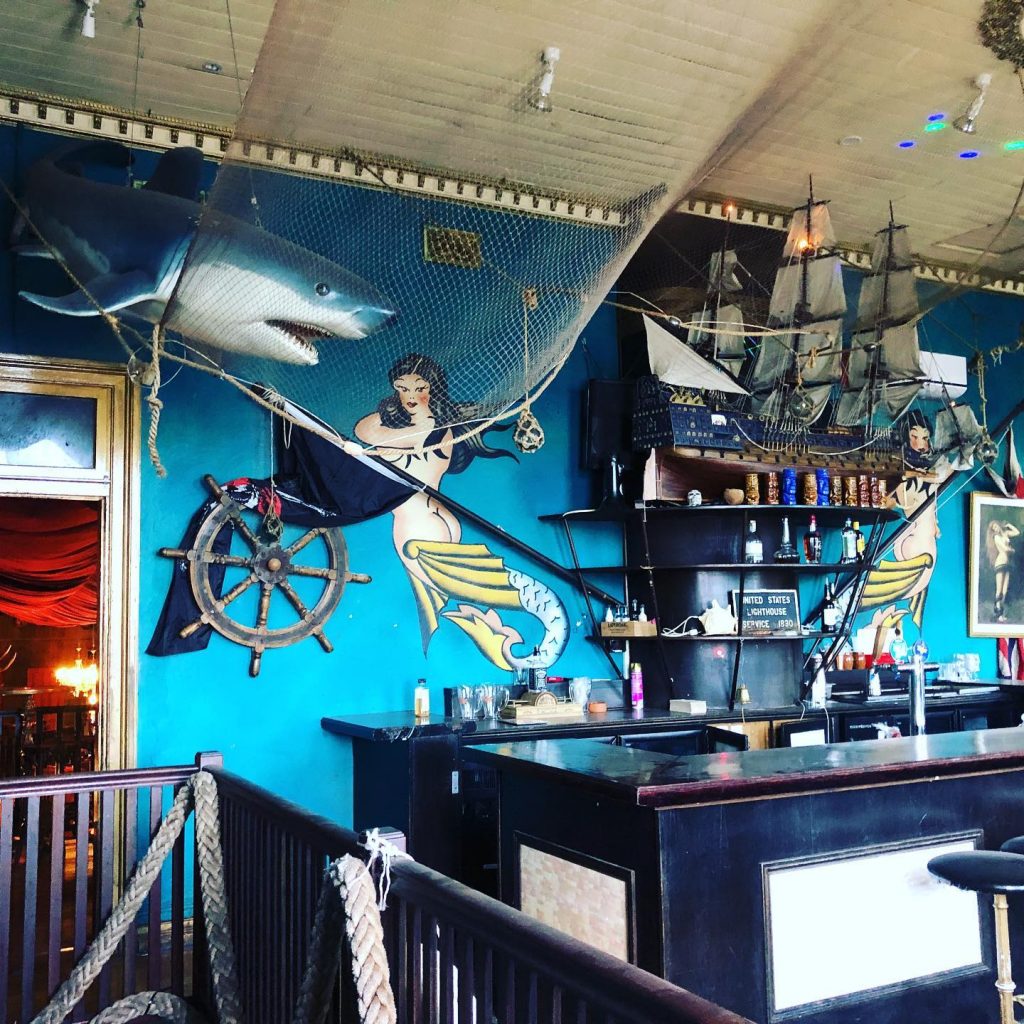 With excitement now beginning to swirl, let’s hope that Lefty’s revitalises the dwindling atmosphere on Caxton Street. The fabled (and very hard to find) Mermaid Bar hidden in between the cracks at Lefty’s could be key to adding an exciting nightlife element. In times previous it has been a debaucherous and loud environment – the perfect place to lose yourself for a hot minute… if you can find it.

With the various change of management over the last few years, the soul of Lefty’s began to fade. One can only hope that the semi-rebrand can breathe some life back in to a venue which once offered a plethora of great live music, affordable food and incredible drinks. I think I speak for everyone in wishing the best of luck to the new management team in restoring the gem of Caxton Street. 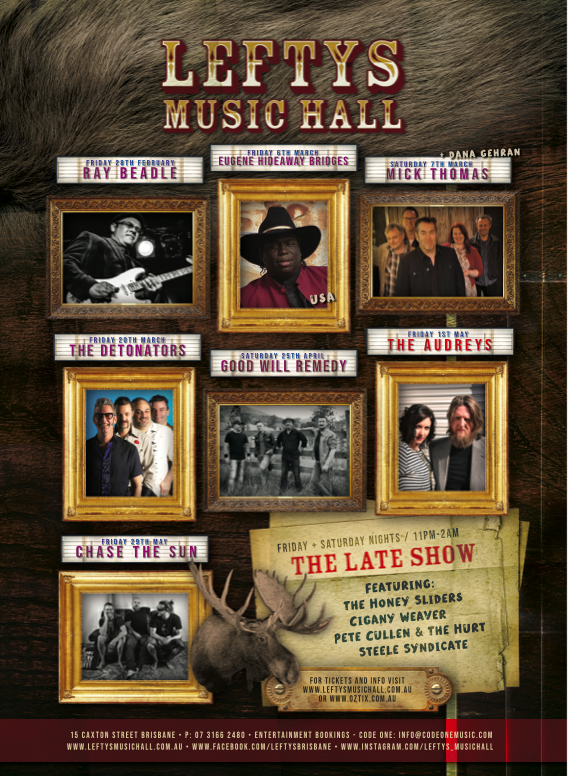