Feel like indulging in something a little bit sophisticated this weekend?

Nothing says â€œcultureâ€ quite like a grand opera film with a French title.

Les Vepres Siciliennes, meaning The Sicilian Vespers in French, is a film showcasing the grand opera performance captured live at the Royal Opera House in London’s Covent Garden on November 4.

Originally performed in 1855 in Paris, Verdi’s version brings to life the historical event which marked the beginning of the War of the Sicilian Vespers in 1282.

The five-act opera’s star-studded cast, intense music and striking choruses, and spectacular ballet dancers from The Royal Ballet and Royal Danish Ballet will leave cinema-goers nothing short of impressed.

Make sure you don’t miss out on this exclusive and limited event at the Palace Cinema this weekend for your shot of culture. 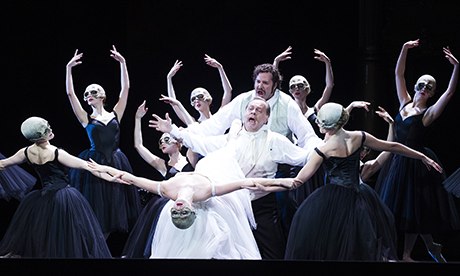 Fashion Fridays is ready for their final heat!