In the leadup to his one-night event with the Queensland Symphony Orchestra as part of WAVE Festival, which is a celebration of modern sounds and classical music, Luka Lesson chatted with us about his influences, his wisdom and the power in his words.

Luka Lesson is an active Australian slam poet, whose poetry is charged with themes of racial vilification and resistance to ignorance around the issues that face indigenous communities within Australia. With five albums released, and a solidly impressive background in international touring with the likes of Shane Koyczan (Remembrance Year/To This Day Project) and Lemon Andersen (Ready Made Real: Poems/County of Kings), the chance to talk to this wordsmith was an absolute privilege.

As we were curious as to what made Luka become a poet, we began the interview by asking him what he deemed to be his personal defining moment, “There’s many moments along the journey, one is hip-hop. One is listening to a song by 2pac called Brenda’s Got a Baby, and learning something in three minutes and thirty seconds through the storytelling of somebody that I felt like I could relate to more than the poets that were being taught to me in class, so I hated poetry but then I fell in love with hip-hop and one of those reasons is because of this thing called edutainment, educating through entertaining means … I didn’t think ‘that’s it, I want to be a poet’, it kind of didn’t happen for a while but I became a big fan of hip-hop and storytellers in new forms.

[Then I started] discovering slam poetry on YouTube, discovering poets from the states that were mostly performing on a TV show called Def [Poetry] Jam, that found its way onto YouTube, and I was just in awe of people turning up on stage, and three minutes later getting a standing ovation from nothing but something that they’d made themselves, this invisible power to change people’s minds and create something beautiful. I [then] went through a really deep depression, and writing is what kind of felt like home throughout that process of going through some difficult things … when I was in the depths of a difficult time and by the time I came out the other end, I kind of needed it to stay sane rather than it being this intellectual decision, like “should I become a doctor or an architect or a poet”, it was more like “this is what I am, this is what I need, this is how I function”. I had a job at the time, and everyone was telling me it would be a big risk to quit that job and become a poet, I felt like the bigger risk would be to not try, to not attempt it, and wake up ten years later having never taken the chance to do what I love for a living, and regretting the fact that I never did it.” 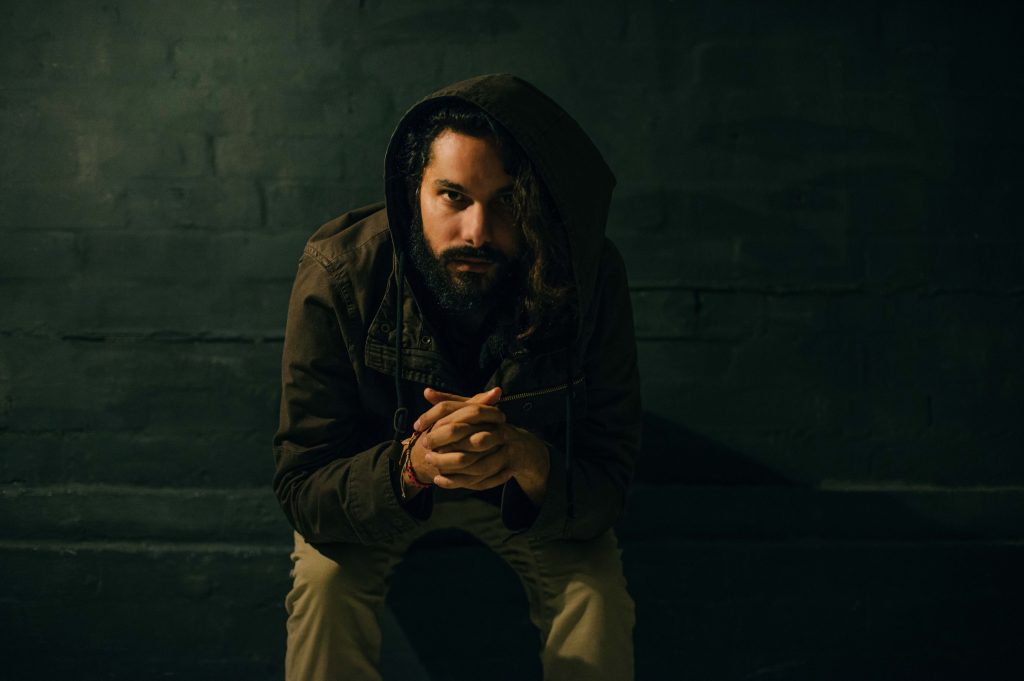 Leading on from the inspiration of music to create a poet, we asked as to what inspired the show’s format of music and slam poetry “One of the major things that inspired that, is the fact that ancient Greek poets, when you say the word music, which is an ancient Greek word [μουσική – mousike, literally “art of the Muses”], in Ancient Greece it would never be solely to mean music without words, so the word music was always a way of saying you were going to see something where a poet was performing with an instrument, and so those two things weren’t separated … this is just that same idea but on steroids.”

So as to educate more expressions of poetic form from readers with something to say to the world, we asked what advice Luka had for those with the interest to pursue poetry, “Passion, everything [stems] from passion. If you don’t have passion, researching your subject is going to be boring, writing it is going to be arduous, memorising it is going to be frustrating, and performing it is not going to be fun … if you’re not passionate about your poem when you’re on-stage, then the crowd is immediately just as bored as you are. So passion for me is kind of like the oil in the engine for the whole thing to work, I could tell you all these technical things about how to write this and how to write that, but if you’ve got plenty of passion, you’ll figure it out on the way.”

Knowing only his inception into the poetry scene sparked curiosity into enquiring after some of his more memorable performances, “The first time I went to the U.S. I performed at the famous Nuyorican Poets Café, the name [of which] comes from New York and Puerto Rican, it was a centre for Puerto Rican poets living in New York, and they have this sort of hybrid-identity, this identity they call Nuyorican. It’s where the big poets that were the precursor to hip-hop first performed, and it’s still open and still going strong and I performed for the first time for one of my idols, and he was in the crowd and he was performing the same night, and his name is Lemon Andersen, and I’d been watching him on YouTube, getting that inspirational start back in the day and all of a sudden he was sitting in front of me and I was performing the same venue on the same bill as him, so that was the first time that I really felt like this dream was coming to fruition.” 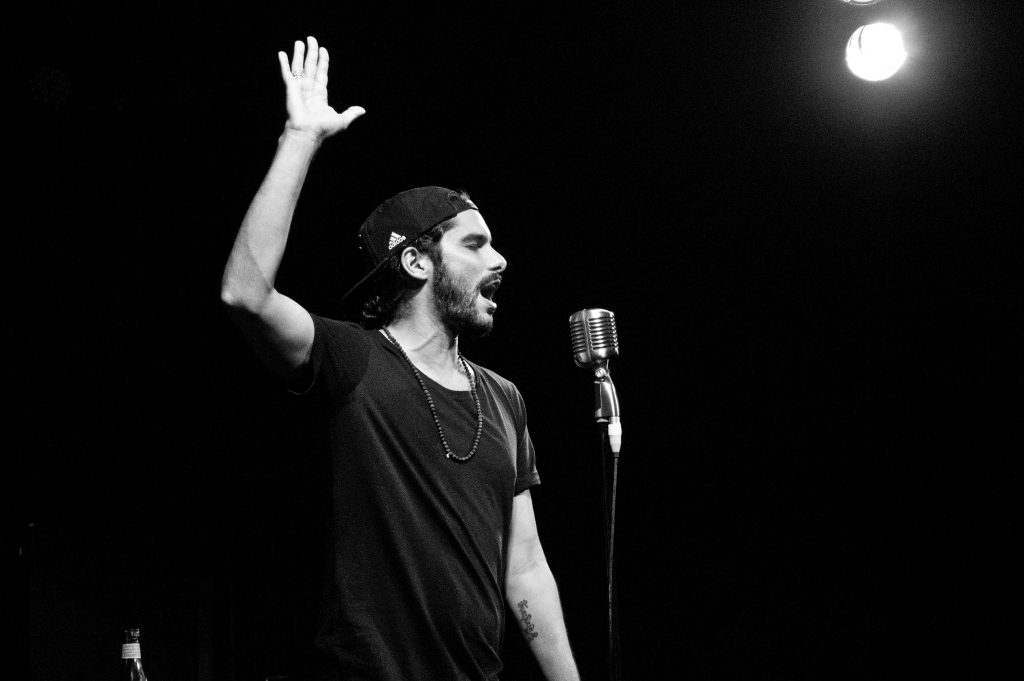 As part of the show that he will be performing during WAVE Festival, with the Queensland Symphony Orchestra “[Audiences] can expect a combination of poetry and rap, speaking the narrative of the life of Lachlan Macquarie. His story though is often only told in half of its original form and a lot of people only concentrate on what they see as the good things that he did, which is constant expansion, and his ability to think outside the box and develop this colony to its fullest potential … unfortunately though, development goes hand in hand with displacement so he’s also the first government official in Australia to sanction an order, a massacre of indigenous people, called the Appin Massacre which happened in 1816. The show touches on [the parallels] between that particular massacre where aboriginal people were chased off a cliff into a deep ravine, and aboriginal people today who are being chased by police and dying [as a result], and this generational trauma that carries on, not just within local people’s psyches, but also within Australian psyche.

This show focuses on the available public knowledge of [Lachlan] Macquarie, so I don’t want to speak for Aboriginal people, because there are plenty of people who are descendants of Dharug nation that were dissected by this particular massacre, but I do want to highlight the knowledge that we have, that somehow never ends up on a teacher’s desk in a classroom … In the show, I read from his diary, directly quoting from his diaries in the show.”

We ended the interview, seeking advice from the poet to perhaps inspire thought and action, “Don’t stop questioning, there is no point [stopping], as society keeps moving, and developing and growing, we can keep looking at history through a different lens, we can keep discovering things about our history that may not have been spoken about before, or lessons in our history and mythology and story that can now help us to not make those same mistakes again … We’re living in a really volatile time, and to just be unafraid and to be able to question what’s gone on before and to see people around us from different backgrounds, and histories and ethnicities as people that we can relate to and connect to and not use these ugly lenses that seem to be thrown around in society today.

It’s a never-ending journey of knowledge, and discovery if we just keep questioning everything.

INTERVIEW: Kacper from Hey Baby! talks about the tour for their new single: “Kids”