Let Us Introduce: The Syrup Sound

We chat to Harry and Henry from Syrup about starting up in the Brisbane music industry and the release of their debut EP.

There is something distinctive about the Syrup sound, it sounds refreshing and yet there are strong nods to nostalgic songs of the past. So it came as no surprise to learn that Talking Heads and David Bowie are some of the main inspirations of the duo. They released their first EP, The Sponge, in 2019 and have been playing local gigs at venues such as the Woolly Mammoth and Black Bear Lodge since.

The Creative Issue: What are the biggest influences on your music?
Harry Pratt: It’s a weird dynamic as far as influences go between us. Individually we both have quite varied influences that guide our input into our music, yet somehow it meshes into something we’re both stoked on. I find myself diving into different artists and aesthetics all the time. When I demo out a track I usually try to pull together references across different genres. Talking Heads is big one for sure! Scary Monsters era David Bowie is another point of reference. Although, when I send my dad a new track I am working on, he will usually reply, “sounds like Roxy Music!” which I find hilarious.

Henry Anderson: Normally the catalogue of music I listen to ranges from artists such as Rage Against The Machine (RATM) and Idles to artist like Methyl Ethel, Temples and Tame Impala. In the end though it normally boils down to what’s best for the song/s, and more often than not a lot of the references I have in mind when writing fizzle out and it just becomes a case of “whatever happens, happens” which I feel always has the most satisfying outcome.

TCI: How did Syrup begin?
HP:  Henry and I grew up in Kingaroy, so we have been friends since childhood. We were really into downhill skating at the time and we bonded over a love of music, fashion and art. He has always shredded on the guitar and I have always been into his music. I remember when I first started making music it was just after a local gig and I just had this crazy rush to pursue it. I showed Henry the track I made that night (in hopes he dug it), and on the spot he offered to sing on it. I was so stoked that I went back and wrote 5 more tracks which later became the bones for our debut EP.
HA: As Harry was saying we grew up together and bonded over mutual passions. I was at uni studying music at the time Syrup began, writing songs more or less like a rock take on Ben Howard’s music. I’d only just begun trying to figure out how to sing when Harry came over with a demo. Originally it was in a super low key, so I was able to scrape by with a half decent vocal take. After wigging out for a few hours about how the vocals would sound, we had a listen through and I thought “oh shit, I am really into this, let’s make more” and I guess it just snowballed from there.

TCI: How would you describe your music?
HP: I would tentatively say experimental pop. It’s difficult to describe our sound without putting ourselves into a self-induced rut. The artists we love all develop and change across their careers and that’s something we really aspire to do.
HA: I completely agree with Harry. It’s still somewhat of a weird feeling saying/hearing that we’re a “pop” duo. But to be honest I feel as though the genre of pop itself is quite vague and broad, and doesn’t really seem to have specific or consistent components or ingredients if you will, that truly define a specific sound. So in saying that, I’m unsure. 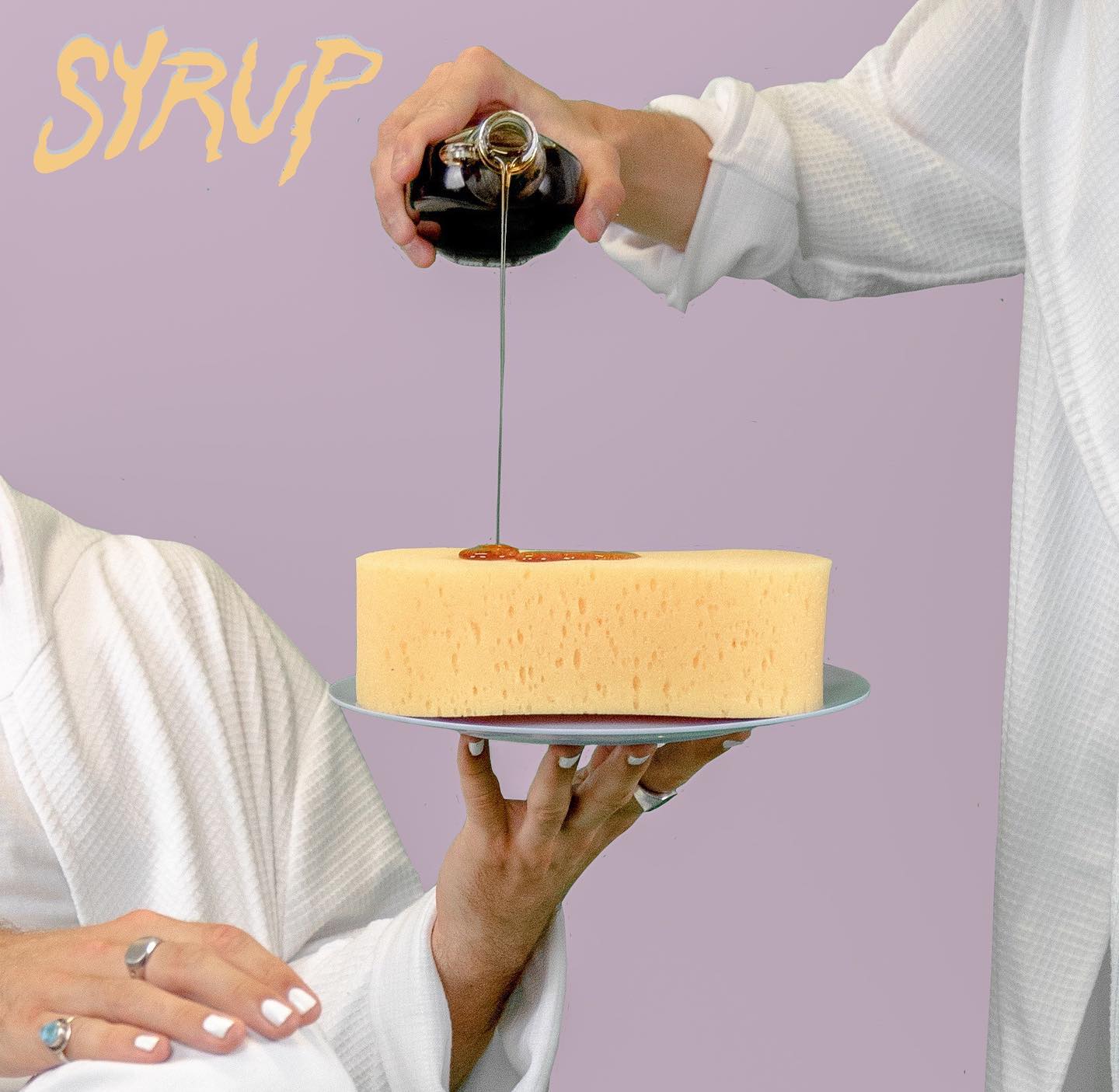 TCI: Do you have a favourite song from The Sponge?
HP: I think ‘The Island Self’ is a good taste of what The Sponge is, as a concept EP. It’s close to my heart as my sister gifted me a compilation book of poetry named ‘The Island Self’ in 2018, which helped me a great deal with lyrics/themes. It’s super important to us to keep our families involved with the project – it makes it all the more special.
HA:  I’d also say ‘The Island Self’. I love the build throughout the song and it’s always my favourite to play live.

TCI: You have played quite a few local gigs; do you have a favourite venue?
HP: All the venues we have played have been fantastic! Playing a packed-out Black Bear Lodge was a real highlight for us though.
HA: Yeah, Black Bear Lodge was an unreal experience with such as receptive and ecstatic crowd. I also do love the Woolly Mammoth, get a great sound there and the stage gives us space to get a little weird

TCI: How is it coming into the music scene in Brisbane?
HP: I try to suspend thinking about the music industry if I can. We are just trying to make great music and become better musicians. The industry is certainly a big part of many anxieties for anyone involved in making records and I think it can easily stifle creative people. We make a point of not stressing too much (touch wood) about what the response is to our music from the industry.
We have a lot to learn for sure and there are some amazing people out there doing great work but for now we are trying to stay in creative spaces mentally.
HA: 100% agree with Harry. It can sometimes feel quite vast and difficult to grasp fully. I think the harder we work on our music and everything that revolves around it, things will start to fall into place, which I feel as though we’re slowly beginning to see now.

TCI: What artists are currently on rotation on your playlists?
HP: Currently loving that new Weyes Blood record. It’s got such an amazing infectious feel to it. Rarely an artist injects this much feeling into a record! I think an artist that needs far more attention is MOSSY. His track ‘Ginsberg’ is one of the most beautiful songs I have ever heard.
HA: Idles have always been on high rotation in my playlists, incredible band with an equally incredible message which contrasts so well to their sound. Normally I also consistently have RATM, Temples and Red Hot Chilli Peppers (RHCP) in my playlists (I’ve just finished ‘Scar Tissue’ so RHCP probably take the cake at the moment)

TCI: If Syrup were able to do one artist collaboration who would it be?
HP: Great question and certainly hard to pick one. Let me have two! I think it would be amazing to work with Shags Chamberlain, his ear and mixing skills are so unique and tasteful. And of course, the illustrious Kevin Parker haha – the man has a great ear for melody and an unbelievable ability with both mixing and production.
HA: Yeah, it would be definitely unreal to work with Kevin Parker and try to peek inside his mind and see how he works. I’d really love to also work with James Bagshaw (Temples) and Jake Webb (Methyl Ethel) as I can’t even begin to fathom how their ideas come together in such a unique and incredible way.

TCI: Any advice for those starting out in the music industry?
HP: Are we even able to dish out advice at this point? Express kindness always and make music that is unapologetically you.
HA: Yeah I think we’re at a bit of a loss with this one. If we ever get a grasp of it we’ll pass it on.

Cafes Get Creative to Stay Open