Insightful and heart-warming, Life, Animated traces a young manâ€™s profound connection with animated Disney movies and how these films helped him learn to engage with the world around him.

Diagnosed with autism at 3 years of age, Owen Suskind doesnâ€™t speak or interact for years. His parents, Ron and Cornelia discover that watching Disney is the only way they can reach Owen and it is this animated Disney Kingdom that relinks him to the real world and his family. In films like Aladdin, The Lion King and Peter Pan, Owen finds correlation between these imaginary worlds and his own. They help him learn how to talk, read, and understand and interpret.

Now, 23-years-old and on the verge of graduation and independence, Disney still firmly remains a reference point for Owen. He still watches the movies regularly; heâ€™s memorized all the lines, and has even started a Disney film club. 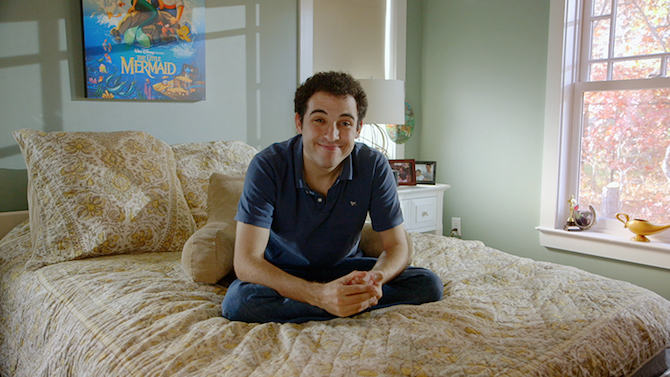 Academy award winner, Roger Ross Williams directs with warmth and understanding, giving each member of the Suskind family thoughtful attention. Aspiring to enlighten audiences on the misconceptions of autism, Williams compassionately underscores the barriers facing those with autism, while capturing an uplifting hopefulness that unites.

Inspired by the book written by Owenâ€™s father, Life, Animated won the directing award for U.S Documentary at the Sundance Film Festival and a slew of audience choice awards at other festivals.

Invited into the Suskind home, the cameras capture intimate occasions, like Owenâ€™s graduation and his brotherâ€™s birthday. Williams gets family members to comfortably open up on camera, seen when Owenâ€™s older brother Walter reveals his concerns about the future: how as his parents age, responsibilities will fall to him. Itâ€™s an honest and understated moment that confirms Williamâ€™s talent for drawing out insightful authenticity in his subjects.Â

Our Christmas Location List: A guide for the creative buyers