Life's a Balancing Act in 'Grace'

Itâ€™s perhaps appropriate that a show about discovery and exploration begins with its sole performer suspended ten feet in the air.

â€˜Graceâ€™, now playing at the Judith Wright Centre for Contemporary Arts, brings the disparate elements of circus, video, sound, dance and theatre together to tell the story of five seconds of one womanâ€™s life. As it turns out, a lot can happen in five seconds.

The show begins in darkness, with a single question asked – â€˜Who am I?â€™ Grace, we soon discover, is a neat-freak photographer at a shopping centre, with a steady boyfriend and a distant relationship with her dad. But as the show progresses, and Grace remembers more about her life, cracks begin to appear: sheâ€™s developed a huge crush on her boyfriendâ€™s best friend; sheâ€™s doing drugs in the darkroom; a traumatic event from her past slowly resurfaces. 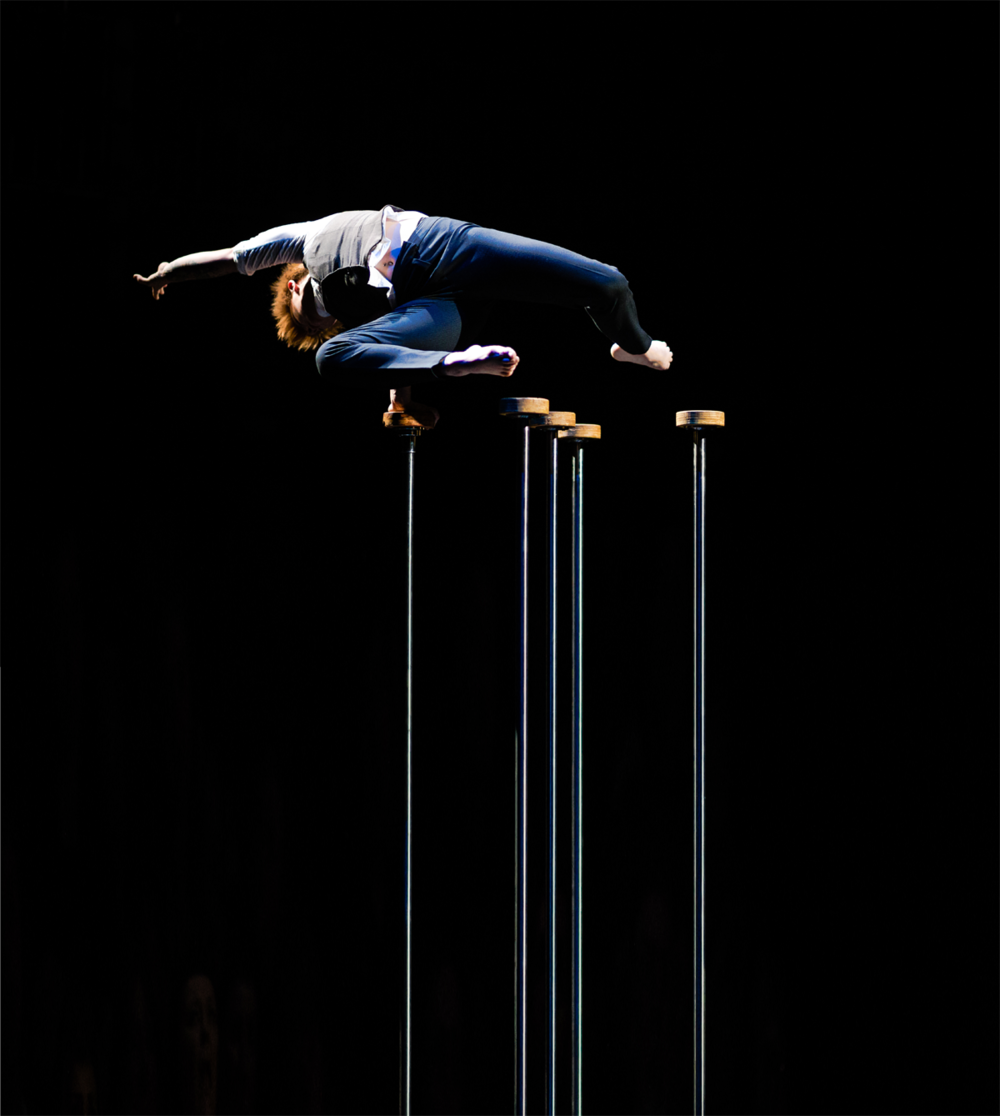 This process of discovery is manifested through the physical talents of Emma Serjeant, who beautifully shows the vulnerability, recklessness and pain of a woman coming to terms with all the facets of her life. Whether suspended from a ring, balancing on poles or locked in a box, Serjeant never loses sight of the human heart of the show. The script, by creators Serjeant and John Britton, skilfully builds a portrait of Grace â€“ she loves Budapest and shepherdâ€™s pie, she tries to rebel by not doing the dishes, sheâ€™s a thrill seeker. In trying to hold onto herself and rediscover what she knows to be true, Grace seizes on mundane facts and repeats them ad nauseam, until they provide a haunting motif for the show. The joy of remembering is tempered by the pain and trauma of these memories, and the show is at its most compelling when it focuses on showing how quickly our lives can become unrecognisable, even to ourselves.

However, the show falters when it moves away from this narrative. Several parts threaten to succumb to the most indulgent pretensions of performance art, and while the program tells us of Serjeantâ€™s consummate physical circus skills, her repertoire of floor work seems strangely limited. She relies on three or four movements, with significantly diminished returns each time, and a couple of scenes drag well beyond their natural endpoint. But even when the physical aspects drag, the show largely remains compelling thanks to Penny Cunninghamâ€™s visual projections, made all the more menacing by their indeterminacy, and the haunting, evocative soundscapes of Ben Ely, of â€˜Regurgitatorâ€™ fame.

Ultimately, â€˜Graceâ€™ is a show about exploring the complex turmoil of our inner lives, its high-wire acts every bit as fascinating and flawed as its protagonist.

We love Jan Power’s Farmers Markets and so should you. Why?