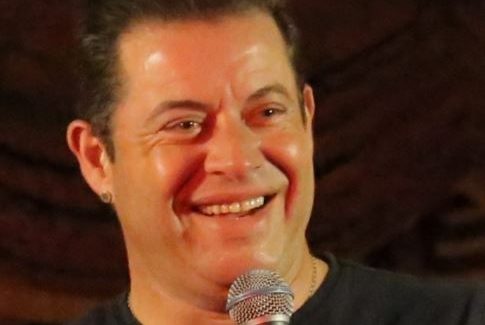 In October 2009 Brisbane comedian Lindsay Webb broke the Guinness World Record for the longest ever Stand-UpComedy gig for a solo artist; he spent an astonishing 38 hours and 6 minutes on stage. The event took place in the main theatre of The Gallery of Modern Art in South Brisbane.

Despite spending a lengthy time on stage Lindsay proudly admits that there weren’t any awkward silences throughout the duration of the show. “At the time I had written six 1-hour Festival shows and had about 2 hours of Club/Corporate material. No awkward silence but I did have a laughing fit about 24 hours into the show and that was hard to shake”.

To warm up the crowd Lindsay did improv for the first six hours. He also did several media interviews which included a live cross to The Project on Channel 10. “I had lots of guests from the Queensland Police Marching Band through to The Puppetry of the Penis”.

According to the rules specified by Guinness there must be a minimum of 12 people in the crowd for the show to continue and none are allowed to be asleep. Lindsay recalls that “at the quietest there was about 25 in the crowd and at peak about 230 audience members. About 600 people went through in total. Some troopers watched the entire thing. I was an installation for the weekend. Guinness allow a 5-minute break at the completion of every 60 minutes. So, I did blocks of 120 minutes and then had a 10-minute break”. 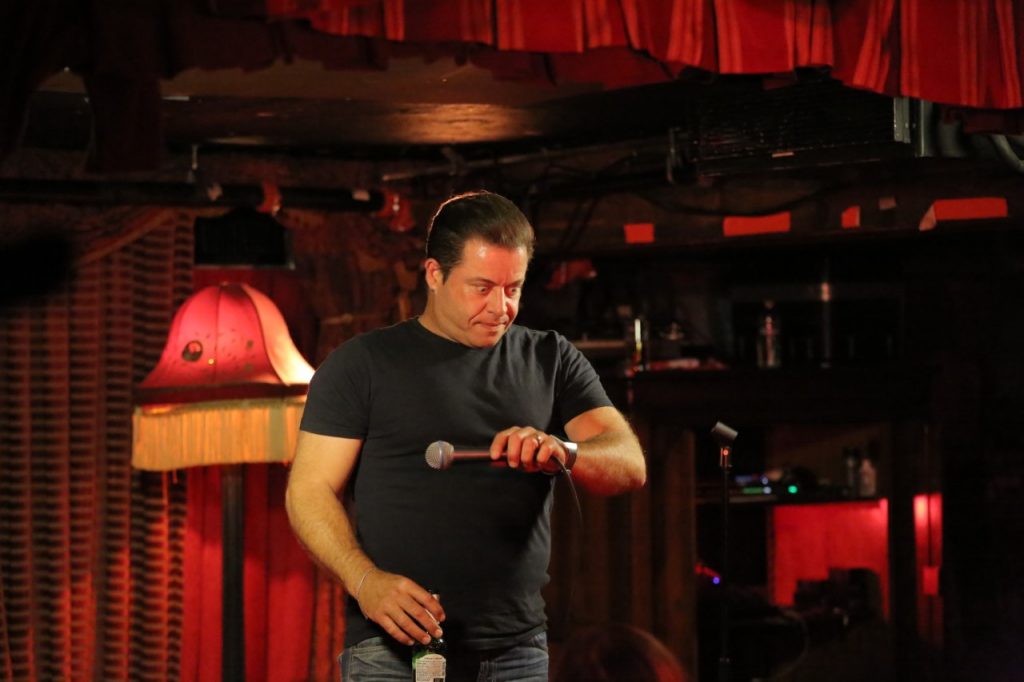 Besides Lindsay’s record-breaking performance there have been many other highlights over the duration of his 22-year career in comedy. “There are many highlights; performing a gig at UCB Theatre in Los Angeles, spending an hour in an Edinburgh Fringe Greenroom with the creators of South Park Trey Parker and Matt Stone. Being a guest on Good News Week also rates highly”.

As a consequence of the ongoing Coronavirus crisis Lindsay unfortunately won’t be performing for the next few months “you know what in 22 years and 3 months of doing comedy this will be the longest break I have ever had, previously 3 weeks was the record”. He reveals that he’s had a total of 35 gigs cancelled. Four corporate gigs, two charity gigs, three cruise ship gigs, a corporate podcast series and over 20 festival and club gigs.

Despite the disappointment he’s remaining positive “spending time with my wife and kids is a silver lining”.  He’ll also continue to write daily content online and he’s also busy producing a brand-new podcast series for Nova Entertainment called “Quizicle Kids”. The podcast series launched in late March and can be best described as a play-along pod-quiz consisting of questions on topics relating to pop culture, spelling, mathematics and general knowledge. Since it’s debut “Quizicle Kids” has attracted over 3,500 listeners in it’s first week of streaming. Lindsay hosts another podcast called “What’s Your Name, What Do You Do?” where he asks people questions about their job. He also makes regular appearances on the podcast series “TOFOP” which is hosted by Wil Anderson from the much-loved ABC TV show “Gruen”.

Lindsay’s Original Podcast Series  – What’s Your Name, What Do You Do?

Day in the Life: Alastair Tomkins