Last week the launderer of coin laundries, Australian starry-eyed sweetheartÂ Lisa Mitchell,Â delivered an exciting message for her fans of east coast residency when she announced that she’ll be hitting the road for a handful of shows nextÂ March andÂ April.

Since the release of herÂ Bless This MessÂ album inÂ October of 2012,Â the young singer-songwriter who hailsÂ fromÂ the regional city of Albury’s streets has kept quiet. Spending nearly to the date exactly two years without a musical peep,Â Miss Mitchell released her latest singleÂ Wah HaÂ in early October of this year. 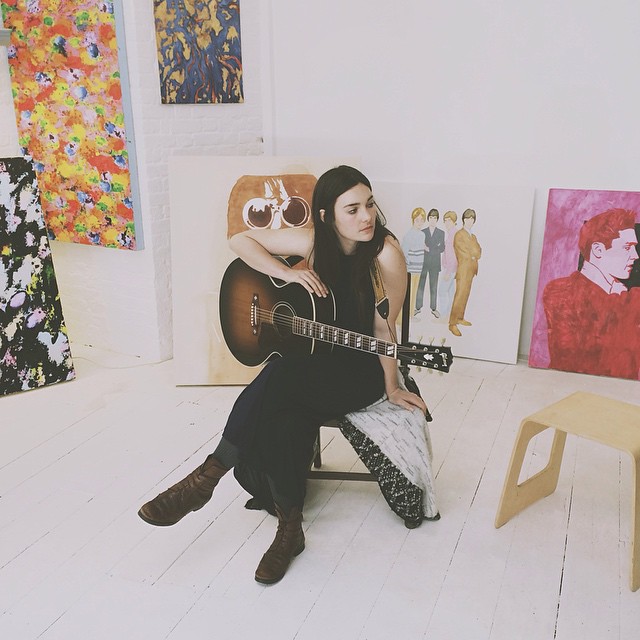 Wah HaÂ is a simply sweet tune that inspires sun kissed beaches to paint the canvases on the backs of your eyelids and brings you to imagine slight breezes weaving through the strands of your hair. Starting off with a softly strummed acoustic guitar, shortly followed by vocals fit for lullabies and accompanied with a varying selection of percussive sounds that compliment the song as a whole, the single embodies theÂ uniqueÂ characteristics ofÂ Mitchell’sÂ compositions that can’t help but make you want to hear more and more and more! Listen to the masterpiece here.

This musical offering is a gift that reminds us all thatÂ Lisa Mitchell’s artÂ is a necessity that contributes to and defines the best parts of Australia’s diverse music industry. Continuing to remind her homeland’s residents that her music needs to be heard, last week she announced that she will be touring the east coast, suitably with indie-electronic artistÂ East, for a run of shows on herÂ Wah Ha Acoustic Tour. With an exclusive number of shows being a part of the venture,Â Brisbane’sÂ Black Bear Lodge will luckily have the opportunity for Lisa Mitchell’sÂ magic to resonate within its walls onÂ April 2nd, 2015. Ensure you indulge yourself with the details below. 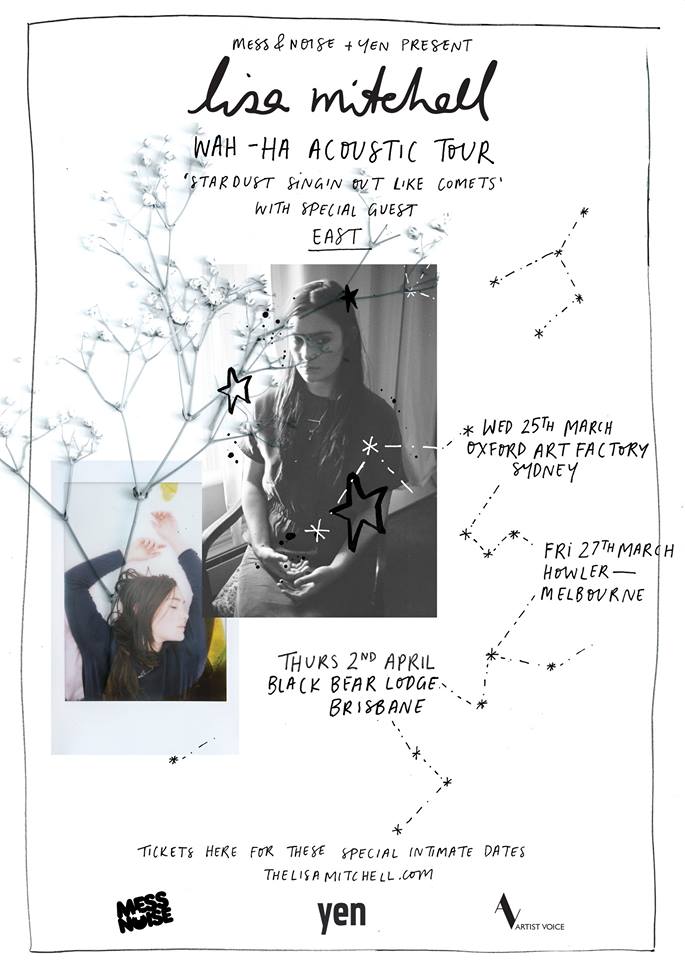 Ticket infoÂ Tickets aren’t on sale just yet, but are around the corner and will be available from here

Shop Independent this Christmas in Melbourne