We caught up with Michaela ahead of the show to chat about all things cabaret.
The Creative Issue: Tell us a little about your career and how you came to Exposing Edith.
Michaela Burger: I started performing from about eight and I knew I always wanted to be a singer, actress, performer. I studied at the Conservatorium in Adelaide, and then in London I studied musical theatre. I was always writing my own shows and got into cabaret at age nineteen. I’d done three cabaret shows before Exposing Edith. I always sang her songs in my shows and I just had an affinity with her.

My Dad kept saying, ‘You’ve gotta do a show about Edith Piaf’.

Greg Wain and I met one day when we were both busking in the Adelaide Central markets. We both found that we loved Piaf and we thought, well, why don’t we create a show together. So, that’s what we did.

TCI: Does Edith Piaf inspire you?

MB: Absolutely. I read her biography when I was about seventeen, and I was amazed by her passion for life and her dedication to her audience. I just felt instantly connected to her and inspired by her.

TCI: What can Brisbane audiences expect from the show?

MB: A great night out. I hope they learn, they cry, they laugh. The show’s a mixture, there’s a real balance of comedy and drama. Hopefully, people will go home with a different connection to Edith. 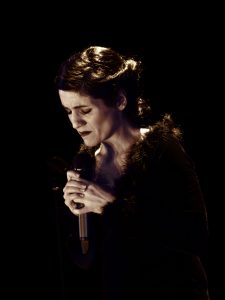 TCI: You’ll be sharing stories of Edith Piaf’s life and acting as multiple characters during the show. How do you find balancing this with the vocal movements?

MB: We’ve been doing it for seven years, so I think I’m used to it. My vocal capacity and resilience have developed over the years. I find it great fun to flip into one character, and then two sentences later, become another character and sing their song.

TCI: The show uses a mix of authentic, vintage and modern sounds. How did you and Greg Wain achieve this?

MB: At the time, seven years ago, people like Bruno Mars were big, and there was a very acoustic guitar sound in pop music, so we decided to use this. Traditional Edith Piaf songs are played with piano, but also with full orchestras, with amazing lush, strings. We imagined what Piaf would have done if she were alive today.

So, Greg creates a whole orchestra on his guitar, using a loop pedal, a delay pedal and different effects. It just marries the two worlds together. I sing the songs authentically, but then there’s a slight contemporary feel, so that people can connect to it today.

TCI: What’s the experience like performing in the Cremorne Theatre, QPAC’s smallest and most intimate space?

MB: We’ve done the show before in huge settings, with like 700 audiences members, but we always find that there’s something magical about intimate venues. I think it’s because we’ve got an intimate connection with each person in the room, which is a great experience. 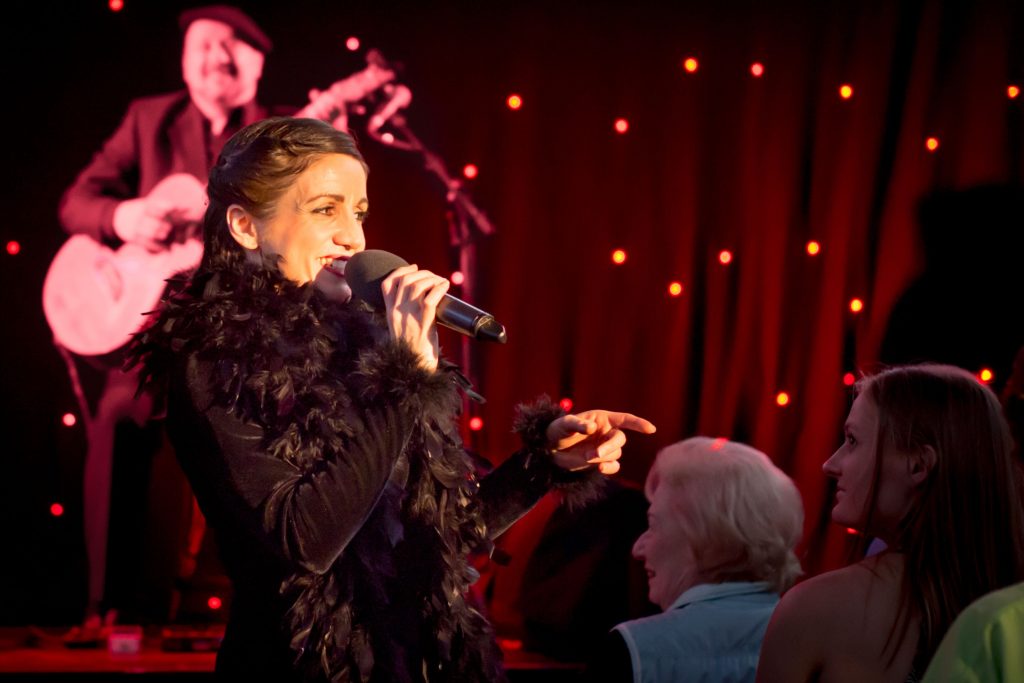 TCI: Three of your upcoming shows at QPAC are already sold out, and there are only limited tickets for the fourth one. Is this exciting for you?

MB: It’s wonderful. There’s only tickets left for Thursday 19th, which is great. It’s always great arriving at a venue and knowing that it’s sold out. I’m so appreciative that QPAC saw that people love Piaf, and took the initiative to expand to four shows.
TCI: You are also leading a vocal workshop at QPAC in between shows. Can you tell us more about this?
MB: I will guide people to find their natural voice. I’ve been fortunate to have great teachers and trainers over the years. They always told me to take away complexity from vocal creation. The workshop is a very practical experience, where people will learn to release their natural voice.

I’ve run the workshops all over the world, and it’s never just singers. Often, it’s people who just are curious. Lots of adults have had traumas in their childhoods from being in choirs or being told that they can’t sing. Or, some people come who are shy and don’t know how to be any louder than they are. It’s for anyone who’s ever wanted to access a bigger capacity for their voice.

TCI: Do you think Edith Piaf’s influence will continue to grow?

MB: Yes. If not grow, then continue to be sustained. We have people of all ages coming to this show. I remember this eleven-year-old boy who was in love with Piaf. It’s of course the older people who most connected to it. We have some 90-year-olds come, who were children when Piaf was first performing. The ages who attend the show are so vast and yet everyone who attends develops a connection with Piaf. 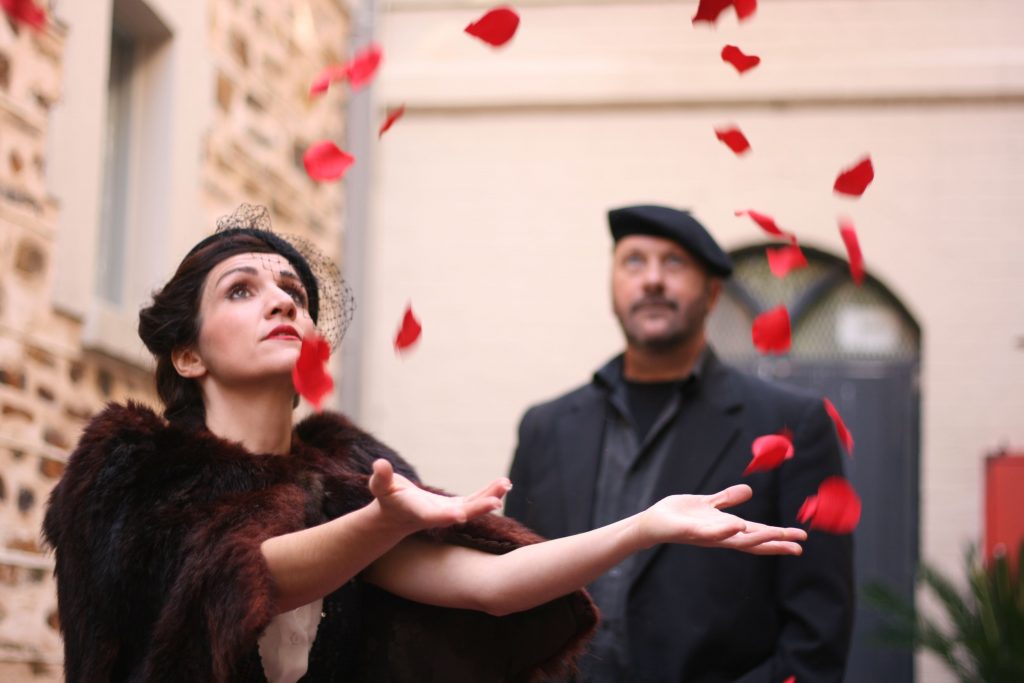 MB: I have a new show called A Migrant’s Son. It’s an original show about my family migrating from Greece to Australia in the 20s and 30s. It’s follows my father’s journey, and he’s quite a fun-loving, unique, larrikin character. I’m touring that story a lot this year around Australia, and possibly internationally.

What: Free Your Natural Voice Workshop with Michaela Burger
Where: Playhouse Theatre Room, Queensland Performing Arts Centre (QPAC), Brisbane
When: 1-3pm, 20 March
Cost: Free (Must buy ticket to concert)
To apply: Email CV to qpac.reception@qpac.com.au and 200 words explaining why the workshop would be beneficial to you, Closes 6 March, Places limited

Oh Harlow Talk Their QMA Nomination, Their Inspiration And More

Escape Brisbane and visit the Apple and Grape Harvest Festival