Location shouldnâ€™t be a Limitation, We talk film with Vincent Chen

“Everyone says you need a bit of ego and I found out that was a terrible piece of advice.” TCI sat down with emerging filmmaker and videographer Vincent Chen to discuss his processes, the Australian Film industry and what it is like to be a filmmaker in Brisbane right now.

I spoke with Vincent not only as an interviewer but as a fellow film student whose eyes are open to all the opportunities available both locally and internationally.

Fundamental to his approach are directors such as Steven Spielberg as well as Australian filmmakers the Edgerton brothers. â€œNash Edgerton made a couple of short films that tonally, I thought were fantastic,â€ he said. He also names Christiaan Van Vuuren, of the Bondi Hipsters and Soul Mates YouTube fame, as a comic influence.

â€œWith these directors, I love their go-getter attitude despite having limited resources. There are so many outlets for media with all of these YouTube videos generating revenue.â€ I asked him if he thinks online platforms are a positive innovation or another challenge in the industry and he expresses the harsh reality â€“ â€œsome people have strong feelings against it.â€ Despite this, Vincent sees a future where the ease and readiness of these potential collaborators is exciting.

He detailed the biggest influence on his work as being his peers and how they experiment with their medium. â€œRight now it is becoming so insanely easy to make films just by how cheap the equipment is. Iâ€™m loving seeing what people create with their images.â€ 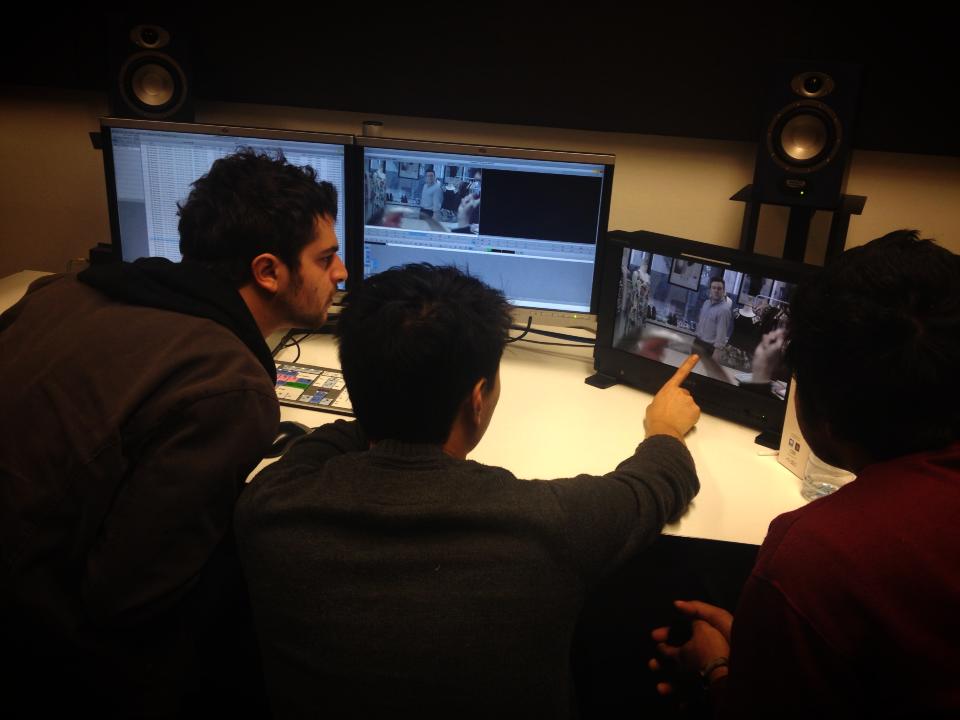 Originally from Adelaide, the move to Brisbane was a logical decision for Vincent. Firstly, it got him closer to the studios on the Gold Coast but also because he was accepted to study Film at the Queensland University of Technology. â€œBrisbaneâ€™s art scene is very interesting. They are always willing to try new things and it is reflected in the city. There is an attitude in Brisbane for passion projects, if people love what they do, they band together and create.â€ From there he began shooting promotional videos and directed his QUT graduating project Cluck! â€“ a web-series chronicling a suicidal rooster who gave an egomaniac a hard dose of reality.

â€œCluck! was awesome fun while we were shooting it. Cluck! was almost an excuse to bring in people I really liked and enjoyed having around and putting them all on set at the one time. Jake Ashton, who is maybe the funniest person I have ever met in all my life. I thought what would be the best for Jake â€“ heâ€™s an aspiring actor, I really want to encourage him, I think he is really funny â€“ letâ€™s do this thing Cluck! What I learnt from doing Cluck! was that everyone says you need a bit of ego and I found out that was a terrible piece of advice. People say it because with ego comes tenacity, ambition and resilience – and those are good qualities if you want to survive in film.

Since graduating in 2013 Vincent has just upped the ante, playing roles behind the camera such as directing, producing and director of photography before finding a new passion as a videographer.

â€œWith the project I am making now, I wasnâ€™t doing anything creative in a while. I wanted to get back to narrative filmmaking and if nothing was handed my way then I wasnâ€™t just going to sit here. Letâ€™s write something, letâ€™s direct something, letâ€™s put something forward. A passion project.â€ Air quotes accompanied his last sentence and we both smiled at the mention of the unspeakable in the â€˜film worldâ€™.

When I asked him about his filmmaking style, he laughed, not ever really having thought about it until now. â€œI always try to find the fun in the situation. I like things that are layered on top of each other. Different moments, different emotions. I like when there is a lot happening in the frame.â€

The world of corporate videos is a lucrative and viable market, and one that Vincent is starting to make a name in by shooting campaigns for the Alfred and Constance Bar Group as well as promotional materials for Style Magazines, Nuala Retreats, Search Factory and Oh Hello!

â€œAll those venues have a lot of personality and with their clientele they try and push social media. Thatâ€™s what I try to emulate in my videos. I always try and set stuff up and get patrons involved doing something silly, doing something funny.â€

Atmosphere plays a large role in setting a tone for a company and Vincent uses varies techniques to capture the persona of a brand. â€œ12 Round is a fitness club Iâ€™ve done videos for. The whole concept of the club is that it is fast-paced and never boring and the exercises are varied. We used lots of camera movements and crazy angles to get that across.â€ 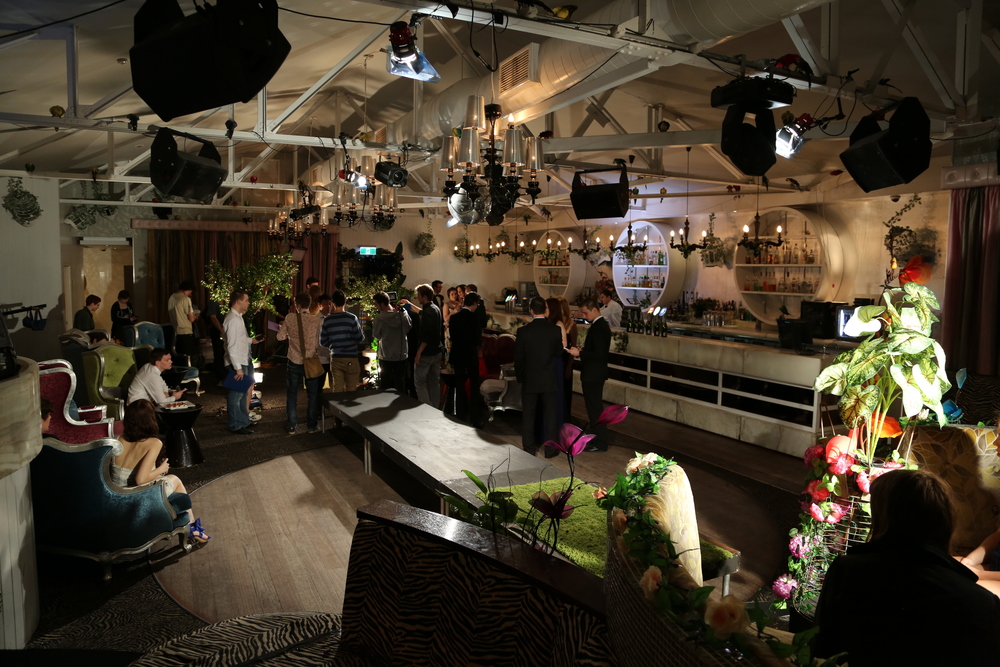 Vincentâ€™s work has also taken him overseas to Bali, Indonesia and Fiji. He recalls a memorable experience shooting a resort campaign in Bali which involved falling off a scooter, breaking his collarbone and having to complete the shoot with one arm in a sling. It is clear the dedication he has to his work and that he possesses all the qualities he describes a â€˜goodâ€™ filmmaker needs.

I then directed Vincent to a topic that makes anyone shudder â€“ the Australian Film industry.

â€œFilms right now are getting funded because of government subsidies. They want the films to be important and to reflect Australian culture. While that is important for a country to make, Iâ€™m not sure they are the most entertaining. I know Iâ€™m in the industry and I want to support an Australian film, but if it doesnâ€™t grab my attention Iâ€™m not going to see it.â€

He suggests perhaps emulating the American filmic system. â€œThere isnâ€™t a lot coming out of Australia that I am particularly excited about which is really sad. I heard from someone if we want to have a film industry we canâ€™t rely on government subsidies. No other industry really works like that. But you can make films anywhere. Location shouldnâ€™t be a limiting factor.â€

After a moment of honest reflection I asked Vincent if he had any advice for aspiring filmmakers and he did not hesitate to answer. â€œJust shoot something, God dammit!â€ he preached. â€œGo make something awful then look at why it is awful. Slowly thatâ€™s where you learn your own filmmaking style.â€

This brought me to my last question. What is the next for Vincent Chen?

â€œIâ€™m finishing up a short film that we wrote, directed and got funded ourselves. Iâ€™m thinking up a strategy of how I am going to release it. Iâ€™d like to use it as submission to AFTRS (Australian Film, Television and Radio School). There are a few avenues I want to go down. I love advertising and being able to take on a companyâ€™s message and use various bits of psychology to help sell a brand, I find interesting. And it pays well,â€ he added with a chuckle.

â€œI am working on producing a documentary. Also the Fiji and Bali shoots has me wanting to go over to tourist countries like that where they donâ€™t have personnel who shoot high-quality, resort videos. Everything is up in the air which is what is great about film.â€

Want to check out some of Vincentâ€™s work or get in touch? Visit his website here.