Love Fame Tragedy on returning to AUS, His New Tunes and Going Solo

Matthew ‘Murph’ Murphy of The Wombats will be touching down in Australia for Yours & Owls later this year as part of his stellar new solo venture, Love Fame Tragedy.

We were lucky enough to catch up with him, to chat about the festival, the release of debut single ‘My Cheating Heart’ and the project’s debut EP I Don’t Want to Play the Victim, But I’m Really Good at It.

“It was a lot more free flowing because there was no politics behind the scenes or any stuff you have to deal with when you’ve been in a band for so long. Also I can rope in as many guests and stuff like that and utilise all the talented people that I’ve met over the last twelve years I guess. Which wouldn’t have been that easy if The Wombats were doing it”.

“They were all pretty up for it. It’s kind of a good excuse to hang out with friends in a studio environment. I’ve known Gus for a long time and I love what he did with that track. Hearing his voice on anything makes it ten times cooler in my head,” Murph said.

With I Don’t Want to Play the Victim, But I’m Really Good at It being recorded across LA and London, Murph explained just how the cross-continual work influenced the release. 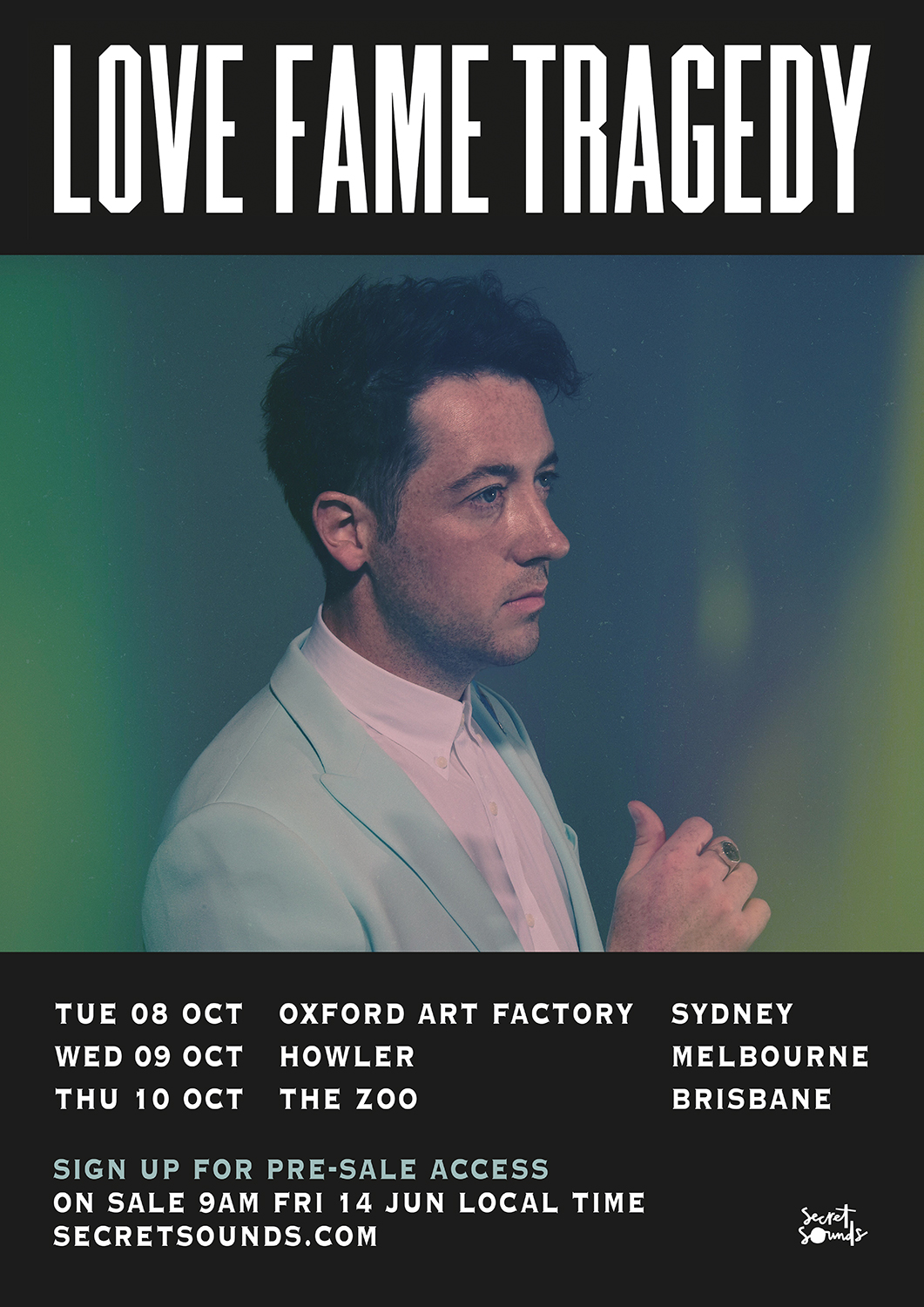 As Murph’s live shows have always been an Aussie favourite, it’ll be no surprise to see lovers of The Wombats and Love Fame Tragedy flock to shows across Sydney, Melbourne and Brisbane in October, so Murph let us in on how those sets are likely to pan out.

“Well obviously they’re kind of smaller, buzzy sweaty shows than what I’d usually be doing down there,” he said. “I hope they’re gonna be as raucous and crazy as possible, I have no idea what the festival will be like. I’m just kind of in the process of putting the band together in LA and yeah I’m excited to get back there.”

“I’m excited! It’s also pretty daunting as well. This all kind of snowballed into a thing that I never really thought it would be, to be honest. I’m kind of as intrigued as anyone whose ever bought tickets. The smaller shows are definitely more difficult for me because I can see people’s faces and gaging their reactions to songs, that can be a bit nerve wracking. I’ll just get over it.”

It sounds like those lucky punters are in for quite a show and with Murph’s best advice, remember to “bring a change of clothes.”

Class is in Session; talking School of Rock with Nadia Komazec