Love Letters â€“ The Laughter and Tears of Life Itself

Humanity has always been fascinated with the lives of other people: their stories, their secrets and their love letters â€“ happy valentineâ€™s day from a secret admirer, apology cards from an ex-boyfriend, notes from long distance relationships, unexpected letters from old friends and those notes that you were never meant to see.

Produced by Christine Harris and HIT Productions, the performance showcased the cast of two on a simple stage with an effective colour-changing window, a microphone each and a book of love letters from childhood until the first loss of life.

Despite having only two actors in the cast, Love Letters was more expressive and played more on the audiencesâ€™ heartstrings than one could ever have imagined.

The expressive narrative was framed only around the letters that were sent back and forth between the childhood companions. These notes held a life span of emotions, feelings, disappointments and achievements from school years to marriage and divorce, children and careers.

The letters told the stories of their rebellion and expulsion versus high achievements in college, reunions between the pair that felt more estranged, the pains of love and the disasters that come with life. Each one was filled with the most personal feelings that are very rarely expressed in any other way than with pen and paper.

Set in an intimate room, the audience learnt to adore the very human pair of pen pals, as though they too were entangled in the chaotic love story. 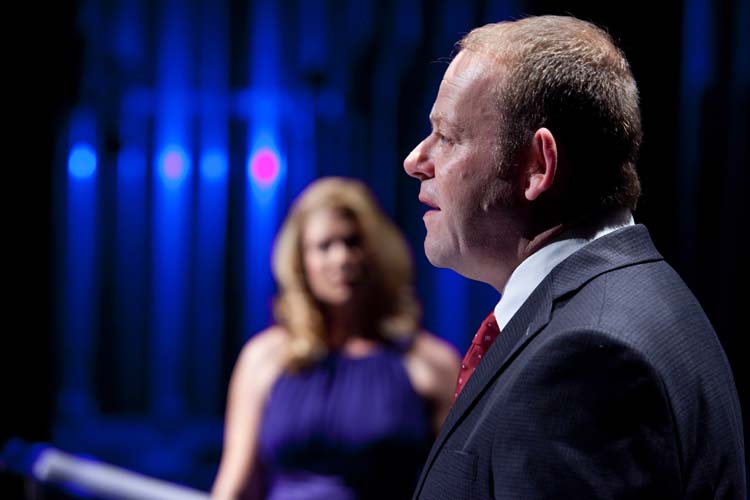 The intimate audience was made to feel so involved that when the final letter was written and read, tears welled in all eyes in a way that would suggest the listeners were the ones who had only just lost an old friend.

Love Letters was an intimate, captivating and insightful performance that appealed to the small crowd on a highly emotive level.

Love Letters. Photographs provided by the Queensland University of Technology.