After a successful event back in March this year, Lunar Electric Music Festival will return for the second time in September.

This is Australia’s biggest homegrown festival. With artists and DJs ranging from EDM, Bass, Hip-Hop, Rap, Trap and more.

The first time the festival was held was back in 2018 on the lawns of Port Macquarie’s Cassegrains Winery.

The same team that has brought you all the increasingly popular Intense Events Club series that has hosted artists such as Mashd N Kutcher, Stafford Brothers, Bombs Away and many more bring you Lunar Electric.

With the goal to create a music festival that promises to be Australia’s biggest homegrown EDM festival and a celebration of all talent, Australia has to offer.

Now that the festival has proven to be a success it has expanded across two states.

The festival will be held in Newcastle on September 11th at Campshortland, NSW and September 18th on the Gold Coast at Doug Jennings Park, QLD.

With an outstanding lineup, this festival has proven to be an unforgettable experience. 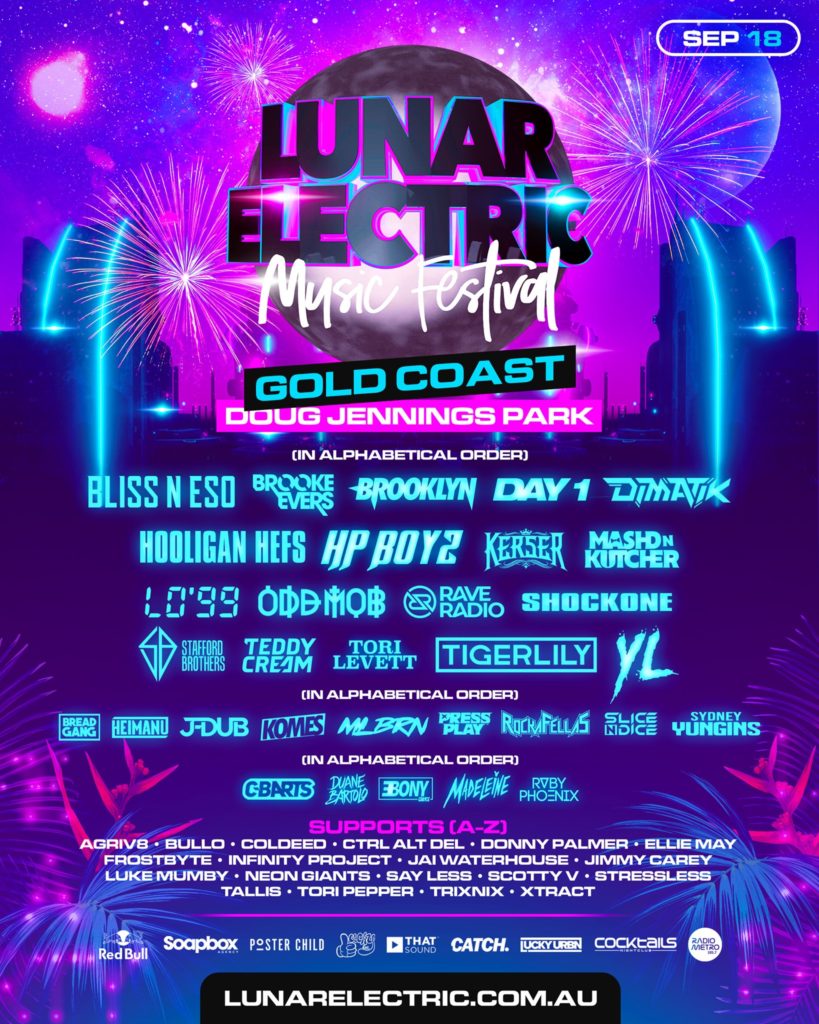 Headlining once again this year is none other than Hooligan Hefs, HP Boyz, Joel Fletcher and Sunset Bros.

Performers for their first time this year include Youngn Lipz, Will Sparks, Sydney Yungins, Day1 and many more.