The dark and twisted tragedy of Macbeth is reinvented by local Brisbane theatre troop Grin & Tonic.

QPAC will host the play that explores the dramatic effects behind an all-encompassing desire for power.

The play is one of Shakespeareâ€™s most popular pieces. Adapted not only for stage but also film, television, opera, novels, comic books and other media.

Macbeth is set in the gloomy Scottish highlands and is a tale of ambition, betrayal and murder. 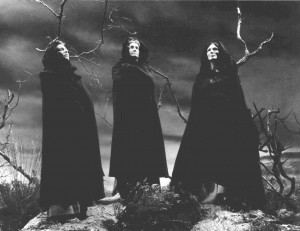 On his return from war the brave general, Macbeth, is approached by three witches.

The witches share their prophecy that one day the brave Macbeth will become King of Scotland.

Driven by the desire for power, Macbeth murders the King to take the throne for himself.

However, as his secret begins to unravel more deaths ensue.

Macbeth and his wife have blood on their hands. The consequences are monumental as this blood starts to become harder to wash off.

A cast of 15 will perform the epic tale with Jason Klarwein and Veronica Neave starring as the royal couple.

Macbeth is a performance for all theatre lovers. A dramatic evening of theatrical excellence where power and blood always come at a price.