Maggie Smith steals the show as 'The Lady in the Van'

At the age of 82, with Academy Awards, BAFTAâ€™s, a Tony and numerous other achievements under her belt throughout a career that spans over sixty years, one might assume that Dame Maggie Smith would be ready to say goodbye to the world of acting. Luckily for us, Smithâ€™s generosity in sharing her talent with the screen lives on. Her latest gift to film? Her performance as the title character Miss Shepherd in Nicholas Hytnerâ€™s The Lady in the Van.

Adapted by Alan Bennett himself, from his memoir in The London Review of Books, The Lady in the Van tells the story of the playwrightâ€™s relationship with Miss Shepherd, a proud and cantankerous homeless woman who parked her van in his driveway for an agreed three months, but ended up staying for fifteen years.

We are led through this story by the two halves of Bennett (Alex Jennings). Utilising split scene trickery we see the two halves bicker with one-another throughout the film as Miss Shepherd becomes an increasingly prominent part in Bennettâ€™s life, slowly solidifying herself as the playwrightâ€™s eventual muse.

Itâ€™s a narrative device that is used in the original play, one that risks losing itâ€™s impact through adaptation to screen. However, Jennings executes the two roles with ease, perfectly depicting the distinction between â€˜the writerâ€™ and â€˜the experiencerâ€™, allowing for a deeper understanding of his characterâ€™s psyche that could have easily been lost to the audience. 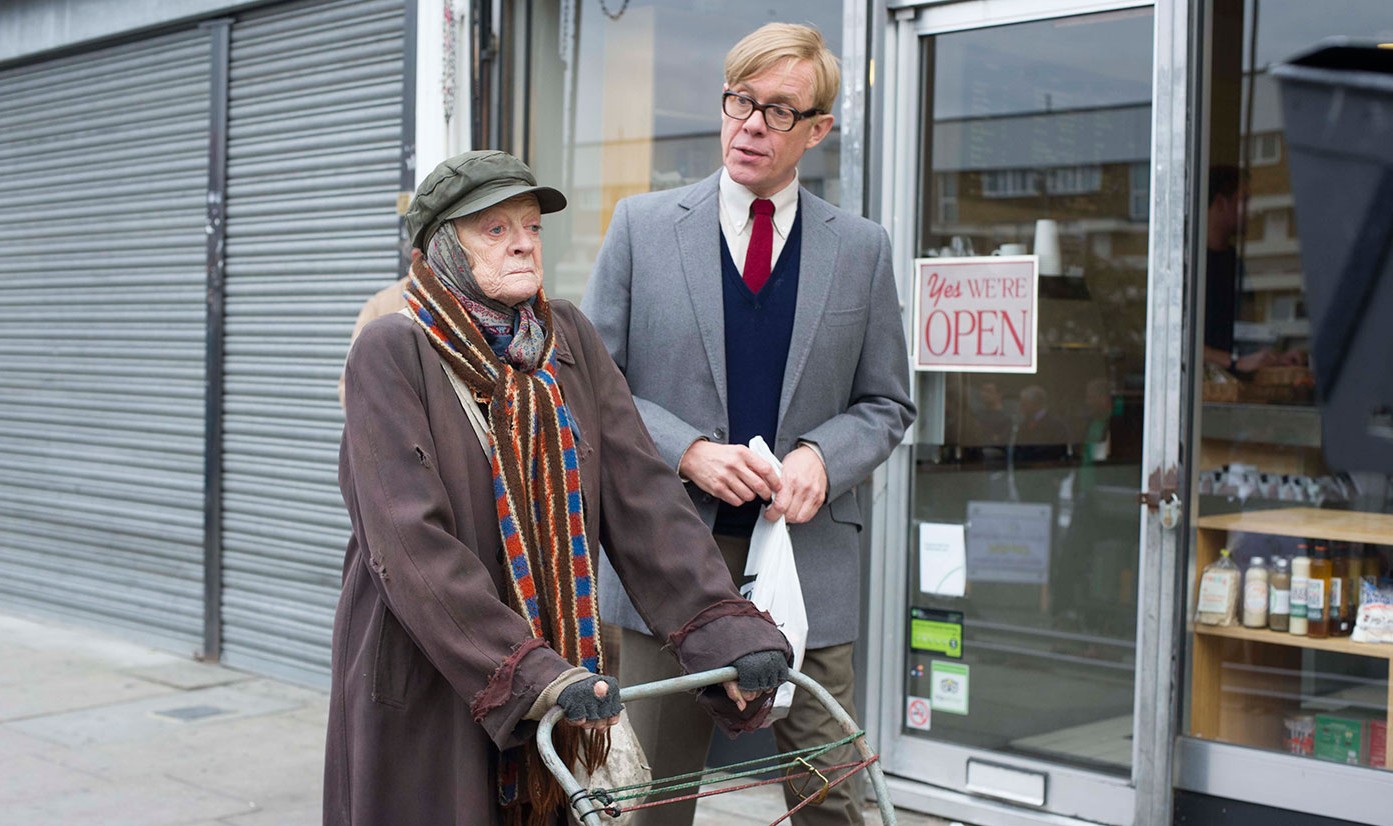 For those who have lived in the UK, or perhaps even visited at one point in their lives, the film adds an element of nostalgia. From the nosy neighbours to the laddish market vendor, it feels as though the characters onscreen have been plucked right out of Camden.

The poignant relationship between Bennett and Miss Shepherd moves at a slow and charming pace. Miss Shepherd is a firecracker that burns bright against Bennettâ€™s timidity. She never says thank you, and frankly walks all over her weaker counterpart. Itâ€™s a complex dynamic that relies more on the actions of each character than actual conversations that might take place between one another.

Played by anyone else, Bennettâ€™s persistence in his disposition over his situation would read as animosity, a character stuck in a situation out of guilt. Instead, Jennings presents a deeper understanding of his characterâ€™s reasoning, seeing Miss Shepherd as a representative parallel in his life and developing a fondness for the woman. Jennings also pulls this off due to his undeniable chemistry with Smith, who could act her way out of a paper bag. 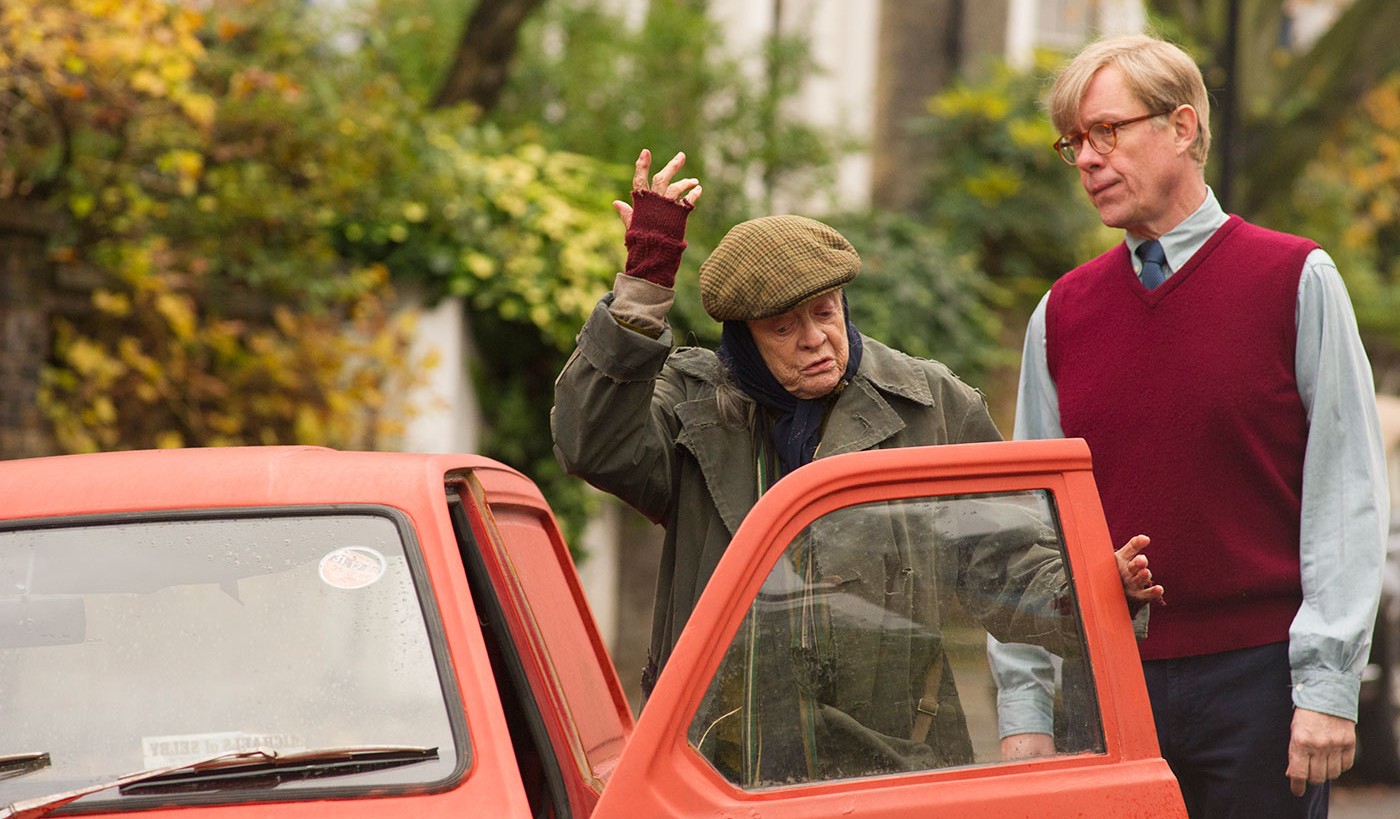 Itâ€™s not the first time Smith has played this role, having performed as Miss Shepherd in the 1999 stage play of the same name as well as in a 2009 BBC radio production. After witnessing her performance, this repeat in casting is no surprise, as it is hard to imagine any other actor capable of embodying Miss Shepherd in as captivating a way as Smith does.

The character of Miss Shepherd is the driving force of the film. The bizarre personality of the character lends itself to comedy that Smith takes full advantage of, nailing each mannerism and living up to her reputation as arguably one of the most watchable names in cinema. Miss Shepherdâ€™s mysterious history hangs over the heads of the audience like it does Bennettâ€™s, and even after the film is over, we are left wondering as to the life the woman once led. Smith emotes Miss Shepherdâ€™s private guilt over her history in a subtle and believable way, creating a complex character that will move you.

With a well-written script and excellent performances, The Lady in the Van is a heartfelt story that will leave audiences wondering about the histories of the people around them that they have never thought to ask about, and inspired to welcome the unknown.

The Lady in the Van is currently showing across cinemas in Australia.

The Workings of Work-Shop – An Interview with Ellie Anderson

Tom Gleeson Is On Top Of His Game