The Making of a Music Festival - Part Two

Seretones Music Festival is this Sunday at the Brightside.

We previously sat down with a few of the organisers to talk about what goes into planning a festival but we’ve sat down with them again to get some more details about specific decisions they have made about organising this event. You can read the previous article here. 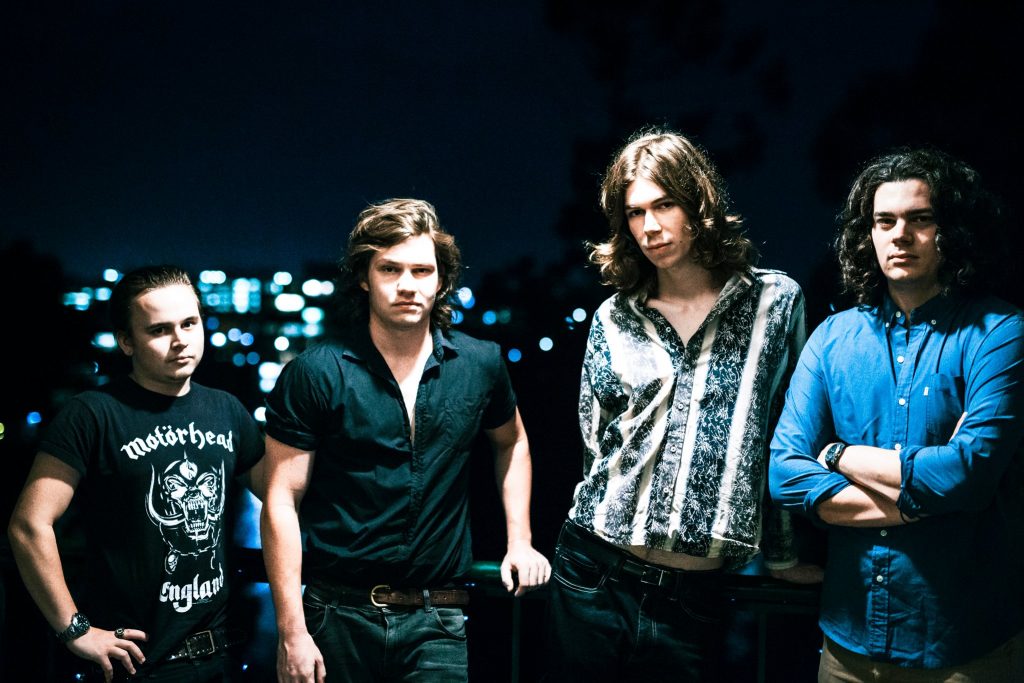 The Creative Issue: Why is it an 18+ event? Many first year students at university are 17 so why would you not cater to for all ages?

Courtney: As our event had no start-up funds, a lot of our brainstorming for sponsorship involved relationships with alcohol companies such as Young Henrys. Most venues that allow for a music format such as this are also licensed either full-time or from 5pm, and we made the decision early that we’d rather have the festival going into the night. From these decisions it just flowed that the event be 18+. Our target audience is also broader than the standard student market with many bands having their own followings.

TCI: What should people expect at the festival? Just gigs or is there a festival vibe?

Courtney: There is definitely a festival vibe. The Brightside is the perfect venue – bars both inside and out, a beer garden and fantastic food. We’ve also got a few sneaky design features up our sleeves that’ll really kick off the night.

TCI: You mentioned previously that there were communication issues. How did you handle communication with so many people? Do you use any online tools?

Courtney: Communication was definitely difficult to get right and we are still improving and developing it. We used a combination of Trello, Facebook and email. But honestly the best communication and discussion still comes from our weekly face-to-face meetings. This has been vital in making sure that everyone is on board with decisions, discuss options moving forward and voice any questions or concerns so that can be addressed for everyone.

TCI: How did everyone get allocated their roles and what roles are required to put on a festival?

Courtney: Roles were allocated quite early on but were adjusted as new requirements came to light. People were given roles based on a timeline of what needed to be done. This included ticketing, band and venue liaisons, compliance, operations crew and many more. The basic areas were marketing teams, risk/compliance and operations and everything else was sorted into these areas. 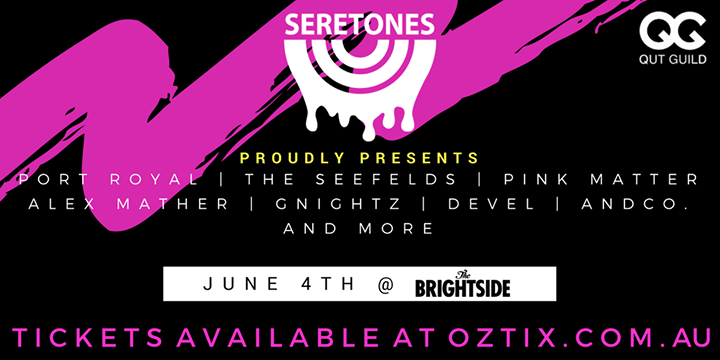 TCI: How did you get a budget?

Marco: We researched and estimated costs. A few teams were asked about their predicted associated costs.

TCI: Where is the money coming from? Was there any fundraising?

Marco: QUT has financed us plus ticket sales. We were given a $2000 debit card to process all transactions.

TCI: Why did you choose The Brightside Â and how did you approach them?

Joanna: It all eventually came down to time when finalising the venue. We had a few others in mind, for example The Foundry or The Elephant, but The Brightside was also on our shortlist. It fit our requirements in terms of capacity and availability. The theme we had devised at the time didn’t fit but we knew this could be adapted and we were running out of time. Ellen rang the venue, spoke to the booking manager and set it in stone. From then, his contact was passed onto me and we started to slowly build on the details. We had researched the venue and a few people had personally been so we never actually visited it.

TCI: Who else did you contact and what were their responses?

Joanna: We had someone with connections with The Foundry and that was going to be our venue until we really cracked down and wanted to finalise everything. Then there seemed to be a lot of miscommunication and lack of a sense of urgency. We really wanted to get this extremely important element sorted as soon as possible so we made that call to The Brightside and were ecstatic to get it confirmed so quickly. Basically the only other contact we made with other venues on our shortlist was to check if they had our preferred date available and we then considered them against other elements there.

TCI: Why was Oztix chosen as the ticket provider and what was the process behind that?

Tayla: We chose Oztix because it was the platform The Brightside is directly associated with. It was a part of the contract that we use Oztix to sell the tickets.

TCI: You said you were looking for energy so the place had a good vibe but where do you look? What was the band required to do?

Georgia: Okay, firstly I went around to local events with local bands playing, checked everything out. Not necessarily to find the particular bands I wanted but definitely to find the right energy, get a feel for what type of sound would and wouldn’t work. I liked the idea of building from a soft start to a loud and grungy feeling, kind of like going from the light side to the dark side of the rainbow. Which is a journey that reflected our theme. So I had an idea in my head and I thought, I know plenty of people who know plenty of people. So I used my connections and made them give me theirs. I got in touch with known band managers in the area and radio announcers on local stations. I actually got the support act for a touring Australian singer (Vlado) when he was in Brisbane because I can get backstage passes through my work with Sony for events as a part of their A&R. I approached all bands via email or Facebook to confirm their spot. I made sure I set up a face-to-face with all bands so that I could sign contracts as well. The others I sent through once they had agreed via email.

TCI: How did you lock in the bands? Specifically Port Royal.

Georgia: So Port Royal was suggested to me from one of the other event organisers. I stalked their Facebook to find out who their manager was and I contacted him directly. He said they’d do it for some payment which was initially fine. We had contracts signed and everything! Then our financial situation crumbled and I had to embarrassingly tell them I couldn’t pay them anymore unless it profits (but we can’t guarantee that) but they were so kind and supportive of the event that they agreed to do it as a favour. They’ve been amazing and so enthusiastic and I really hope they have a great time. I’d love to work with them again actually.

Tickets are still available from Oztix.