New Zealand’s most exciting indie rock band, Mako Road, took some time out of their busy writing schedule to have a chat with us. Prior to their biggest Aussie tour to date, they gave us a glimpse in to what makes them tick, as well as letting us in on a little known secret… their debut album is on the way!

The Creative Issue: You guys are an NZ outfit, but I can’t help but notice that you sold out in Brisbane, Sydney and Melbourne last time you were in Australia. What is it that makes your music so well received both back home and across the ditch?

Mako Road: People are very supportive of local music here and in Aus, Australia has always kinda felt like a bigger New Zealand and we have awesome fans in both countries who have supported us from the start.

TCI: Where has better crowds?

Mako Road: Haha a tough question, we’ve had some absolute rippers in both countries. Aussies seem more keen on a Sunday sesh than Kiwis though.

TCI: Most memorable gig to date?

Mako Road: RnV (Rhythm and Vines) was pretty epic, it was our first big night time festival slot and we were blown away with how many people were in the crowd even though it was one of the smaller stages. It was a hectic day getting there, at the time we were flying all over the country playing the biggest gigs we had ever done.

TCI: Your latest single ‘Drink from the Water’ certainly has the classic Mako Road stamp on it, was it written and created in a similar vein to your last EP, Local Safari?

Mako Road: It was a bit different, it was the first song that we wrote and recorded since moving from Christchurch to Wellington and doing music full time. It was cool to experiment with new writing techniques in a studio environment. It’s been a fun one to play live, gets the crowd going! 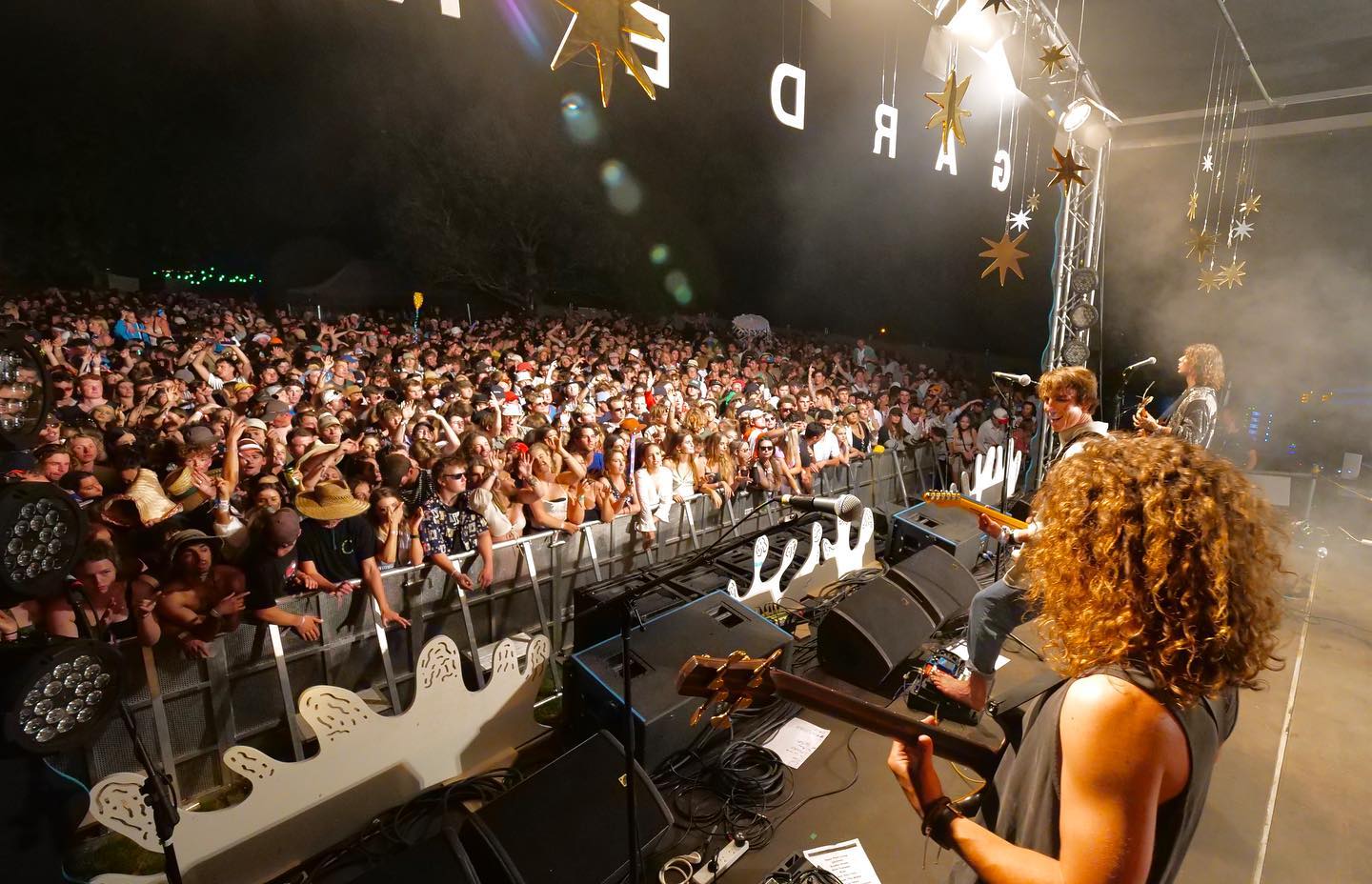 TCI: On that note, any comment on whether we are going to see a debut album off the back of ‘Drink from the Water’?

Mako Road: We’re working on it as we speak! But we’ve gone back to writing and recording everything at home and producing/mixing the music ourselves. We like having the time and control to experiment and refine and we are keen to get pretty experimental with it.

TCI: It seems like you are a tight-knit bunch of guys, how did you meet?

Mako Road: We all met at uni and played in various covers bands together. For some of us it was our first time on stage. Robbie got roped in to Mako Road when we finished uni and started to really focus on writing our own music.

TCI: Can you put your finger on the moment that you found your distinctive sound?

Mako Road: We’re still learning lots and still searching for what our distinct sound truly is. We’ve got a wide range of influences and we all listen to different music individually from funk, folk, rock, jazz and dance music to name a few. We’re currently combining these in different ways with the album, learning heaps as we go. Hopefully it’s not too weird, or hopefully it is? We don’t know, guess we’ll just have to wait and see.

TCI: What environment do you best create your music?

Mako Road: All together just having a jam. Individually you just play around until you find a part you like that fits with what the rest of the band is doing. 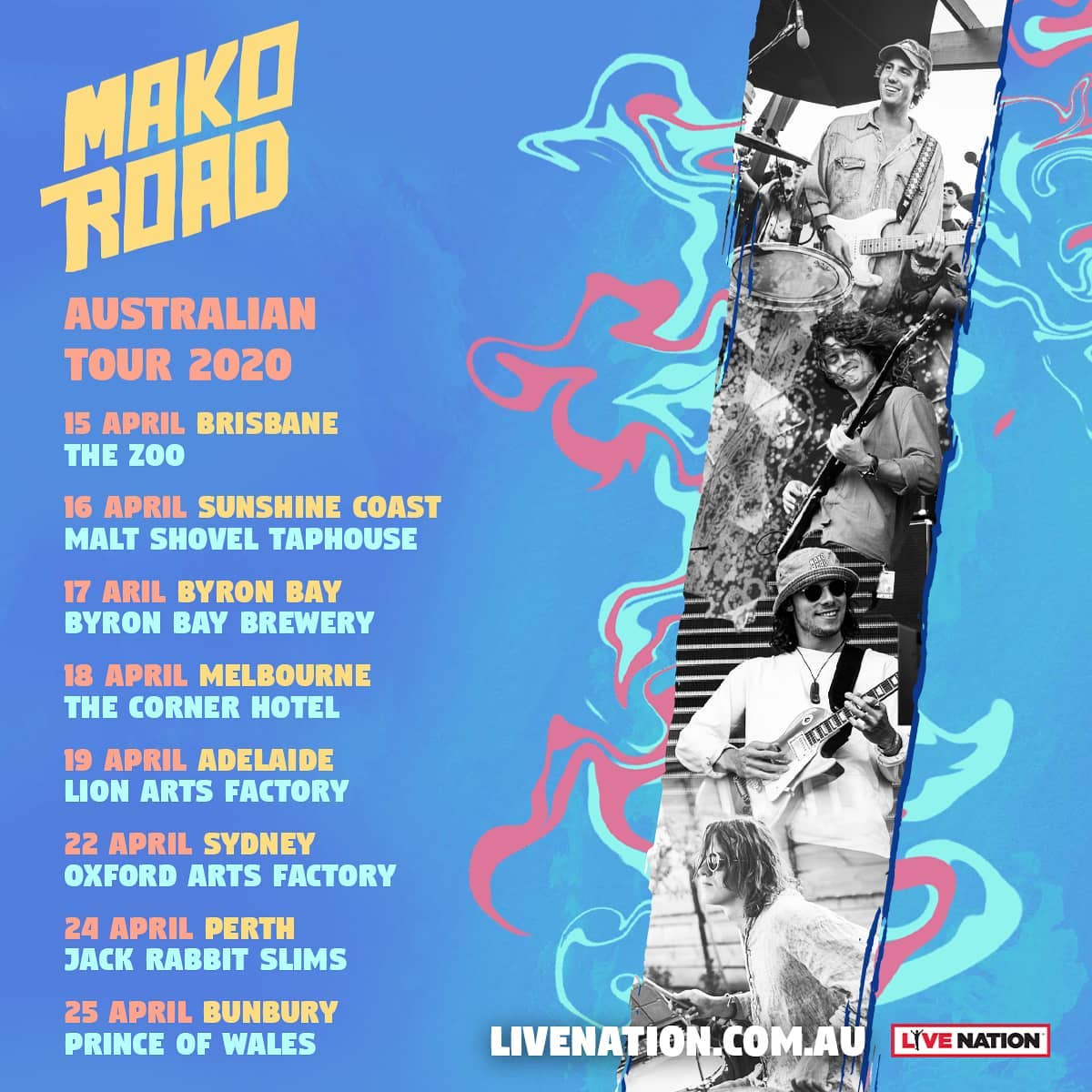 TCI: An hour in the green room with one band or artist in their prime – who do you pick?

Bob: George Harrison – he is an inspiration of mine, not only musically but his ethos and the way he went about things.

Rhian: Elvis – to see him in the flesh would be surreal.

TCI: What are you excited for this year?

Mako Road: We’re excited to write, record and release new music. We’re wrapped to be playing at this year’s Splendour in the Grass and will hopefully do some more international touring!

With all things sparkling on the horizon for Mako Road, lets collectively hope that they can fulfil their dreams of getting back on the international touring circuit despite the difficult global circumstances. If not, I’m sure we’ll have one cracker of an album to indulge in later on in the year, and cheers to that!