Daniel Anderson’s role in the theatre world is an important one. He creates the mood of a scene and without him your experience at the theate would probably be completely different. We spoke to Daniel about his career as a lighting designer and the challenges ahead.

Daniel is an Australian based lighting designer for stage, live performance, cityscapes and architecture. In 2012, Daniel was nominated for the Matilda Awards’ Bille Brown Award for the Best Emerging Artist for his work on Bombshells and Tender Napalm, and holds a Bachelor of Fine Arts (Technical Production) from the Queensland University of Technology.

TCI: Have you always known you were interested in the artistic side of lighting & theatre?â€

Daniel Anderson: For the most part of my life, I always knew Iâ€™d be involved with some form of electronics â€“Â  Thereâ€™s even a photo my parents have of me as a toddler with a kettle in my hand while we attended a wedding. But the interest of lighting started when I was in primary school and was looking at the lights in the school hall and thinking; â€˜Hey! I want to play with those things.â€™. From that point on I threw myself at every opportunity I could get my hands on. Attending university was where I started to find my real passion for theatre and that was when I started to build networks to move into the design world.

TCI: What do you love most about your job?

Daniel Anderson: Probably too many things to list what I love about my job, but here are two in no particular order. 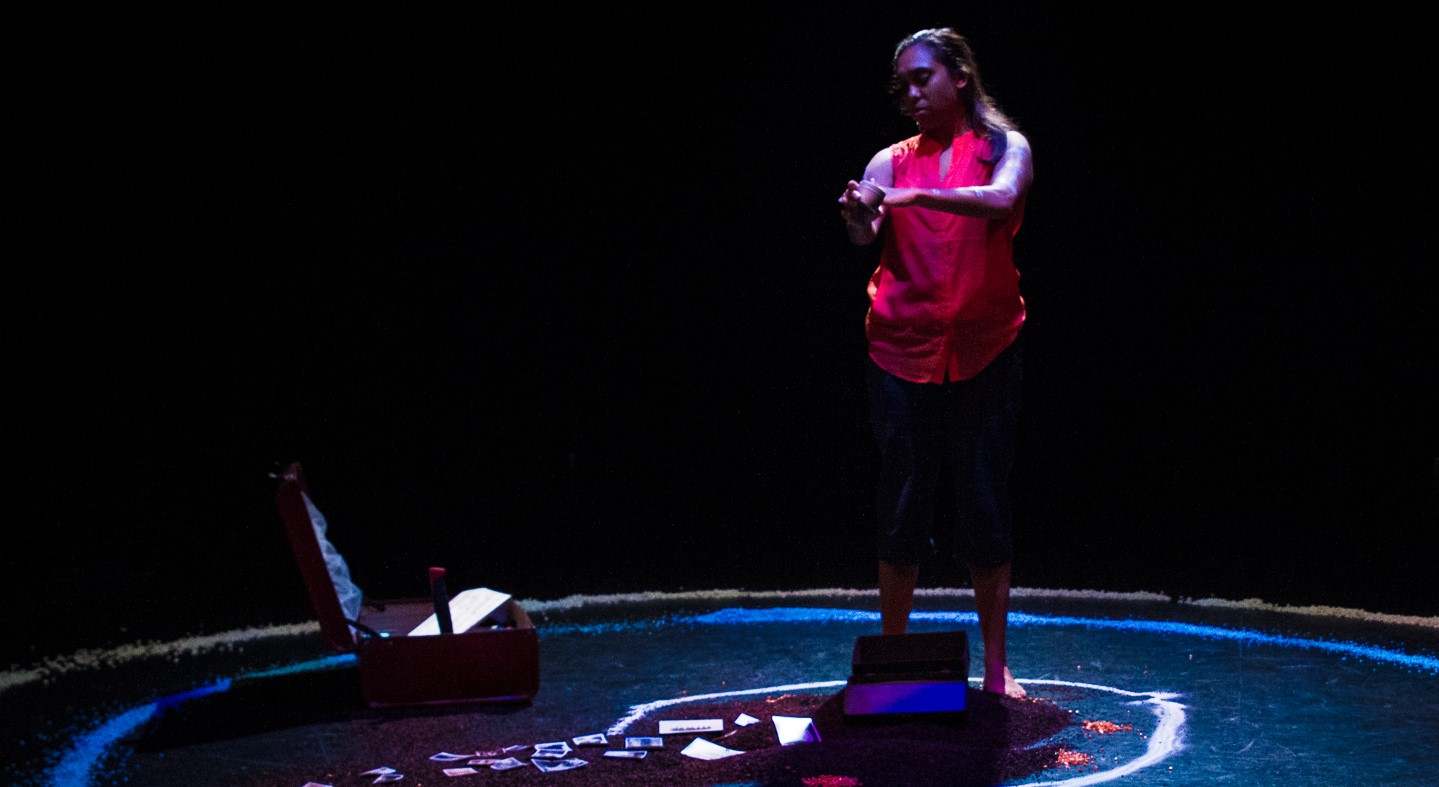 TCI: Can you tell us about your involvement with QTC’s upcoming production St Mary’s in Exile?

Daniel Anderson: Thereâ€™s an enormous amount of collaboration throughout the entire process. Jason Klarwein (the director), Anthony Spinaze (the designer) and I have got a strong visual representation of what weâ€™d like the production to look like. Weâ€™re currently in the final stages of the design, having all the budgets signed off. A design presentation should follow soon. I canâ€™t wait to see this production come to life, particularly because of the public nature of the story being told. Make sure you come along and see some of David Burtonâ€™s brilliant writing.

TCI: What are the challenges you face with the lighting design for theatre?

Daniel Anderson: This changes from production to production, and sometimes those challenges can be a blessing. However, probably the most universal challenge is making the design that you had initially envisaged fit within ever reducing budgets. Design is the art of compromise, so if one idea isnâ€™t initially achievable, thereâ€™s always a way to get around that speed bump. Where there is a will, there is a way.

TCI: How much creative freedom are you usually given? And do you enjoy being able to come up with your own design?

Daniel Anderson: (Laughs) As members of a creative team, we donâ€™t lock ourselves away in separate rooms and then all come back together at the beginning of tech week. There is always a long and enriching process of collaboration between all members of the creative team to deliver all aspects of the design. If I were to go away and design with total freedom, then there would be no cohesive element to the production.

Design is a two way street, Jason and I have a long history of working together and our brains work in similar ways, so we are usually on the same page regarding the lighting design. Both Anthony and I have collaborated to include each otherâ€™s elements between the set and lighting design, and youâ€™ll always end up with a better product if everyone within the creative team collaborates. In essence, I donâ€™t design for myself, but I design for the good of the production. 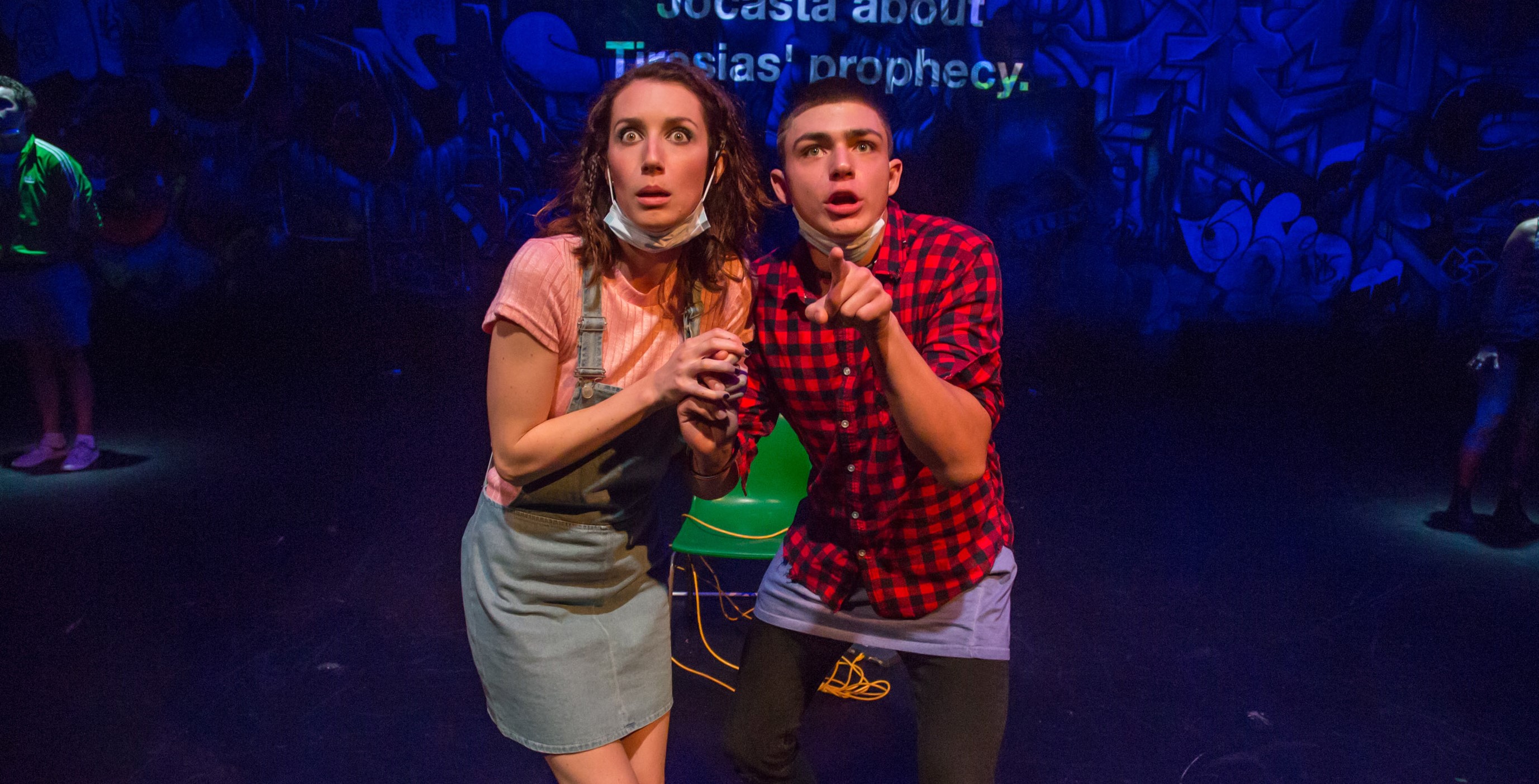 TCI: What advice would you provide for anyone who has a passion for lighting design but is unsure about how to begin a career in the field?

Daniel Anderson: Iâ€™m probably not the best person to be giving this advice, as Iâ€™m still building my career. However, if I was to offer one piece of advice it would be to find a mentor, and hang on to them for as long as possible.

Iâ€™ve got two mentors between Brisbane and Melbourne, and I would be a very different designer had they not taken me under their wing over the past six years. Iâ€™m able to call them up and ask for advice, or go and catch up with them for a drink. We share ideas and talk about some of the productions we have worked on since we last saw each other. Itâ€™s one of the things I treasure most being a part of a tight knit industry.

TCI: You also deal with lighting design for cityscapes and architecture. How is this different to working in theatre?

Daniel Anderson: There are some very close parallels to both the theatre and architecture industries. The main one being that youâ€™re wanting to deliver a product thatâ€™s beautiful whilst also not being overbearing. The best design for theatre is when itâ€™s understated, this is the same (mostly) with architecture.However, when designing for cityscapes, you want to be as loud and boastful as possible whilst also delivering something appealing and engaging. There is a â€˜wow factorâ€™ that the public expect.Â If you had to give me a choice of working in either theatre or architecture, Iâ€™d choose theatre every day of the week, hands down!

You can check out Daniel’s breath-taking lighting design in Queensland Theatre Company’s St. Mary’s in Exile this August.

Prepare To Get Classical with Kieran Welch – Dots + Loops Recomposed