We chat to Melbourne-based artist, Lance Delary-Simpson about his debut solo exhibition at Fort Delta, finding isolation in the city, and Jacquez Coustea.

Lance Delary-Simpsonâ€™s debut solo exhibition, For a great BUICK call 555-7617 is currently on display at Fort Delta. Itâ€™s not the first that Melbourneâ€™s seen of him â€“ last year he graduated with a Bachelor of Fine Arts in Painting from the Victorian College of the Arts, partaking in a string of group exhibitions beforehand.

But it has certainly demarcated him as someone to watch out for on the Melbourne art scene. He incorporates enamel, oil, acrylic and a bit of spray on rubber to create absurd, anthropomorphic pieces that demand the viewer’s attention.

This series is structurally unambiguous; each piece confidently toys with abstract formations of form, shape and line. Vivid gradients reminiscent of the early days of Microsoft PowerPoint are trapped into unpredictable, nonlinear structures. Delary-Simpson merges these with one another, creating a disorder of colour schemes that is alarmingly coherent. Otherwise, he leaves one figure of colour isolated from the rest of the work, floating alone in a nebulous void.

The unique sense of isolation in each piece is juxtaposed against a familiar human presence. In ‘BUCIK’ â€“ a body of colourful, arbitrary lines carved onto a silver aluminium composite panel â€“ there is the sense of one human hovering over another, perhaps about to initiate coitus. It is this moment of intimacy that transforms you into the voyeur, and softens the sterility of the aluminium.

Perhaps this is the paradox that ties the entire series together so well. Delary-Simpson presents us with an unfamiliar world that brings forth simultaneous feelings of entrapment in the corners of cyberspace, or the corners of the womb. He evokes this response with a headfirst confidence.

The confidence in each piece is what is most symptomatic of Delary-Simpson himself. He shared some words with me over a few beers, and I gained some of the most potent perspective Iâ€™ve heard in months.

TCI: Where do you find inspiration from for your work? 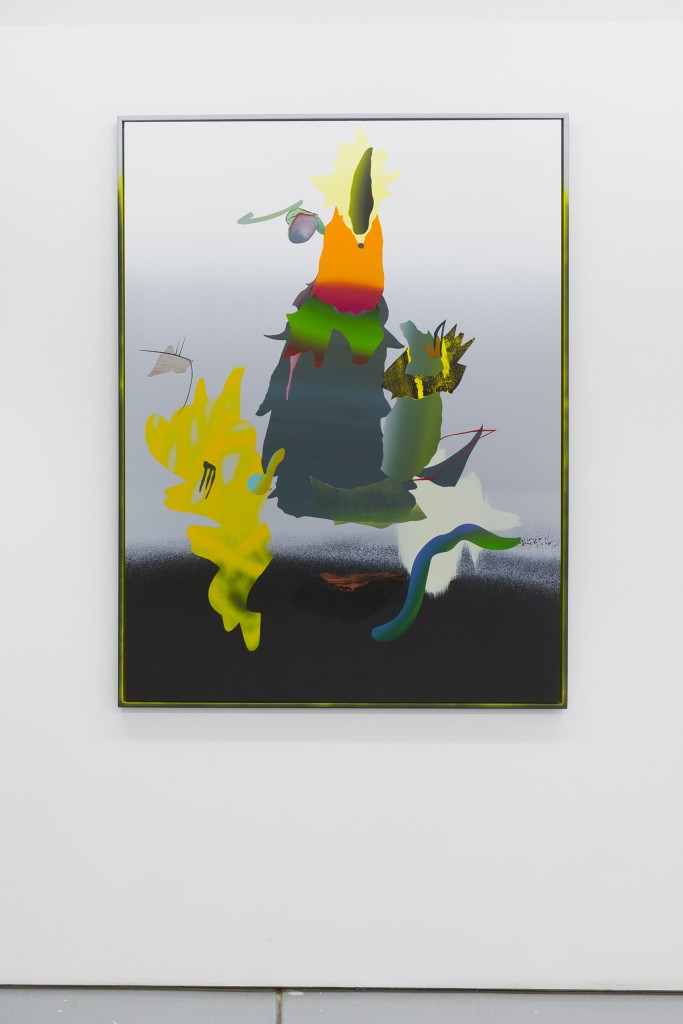 TCI: How would you explain the work in your most recent exhibition?

Lance Delary-Simpson:Â Each show or work usually can be broken down into three buzzwords: funny, sexy and dangerous. Neither of these traits holds a hierarchy over any other. A lot of this show had to do with sexual selection and atmosphere. I never tackle these grounds seriously though, itâ€™s more tongue in cheek than anything. Iâ€™d like to think that my work is accessible and it doesnâ€™t need any explanation from me. Itâ€™s entirely open to interpretation. As soon as I explain it, the artworkâ€™s dead, itâ€™s got a full stop. And I never want it to have a full stop.

TCI: What is your medium of choice?

Lance Delary-Simpson:Â There is no medium of choice for me. It seems like I favour painting more but Iâ€™ve enjoyed working with a lot of other mediums, too. Iâ€™ve sculpted, photographed, photographed sculptures, Iâ€™ve used mixed media, thereâ€™s no end to it. Iâ€™d make a Pixar movie if I could, it doesnâ€™t matter. Painting has always felt more natural, but itâ€™s limiting, you canâ€™t do with paint what you can do with other mediums.

Lance Delary-Simpson:Â Well itâ€™s a full day spent in my studio, a solid block of 8 til 8. But that whole time isnâ€™t spent painting, a lot of itâ€™s spent staring. Some paintings work in 3 or 4 hours and others take 3 or 4 months. 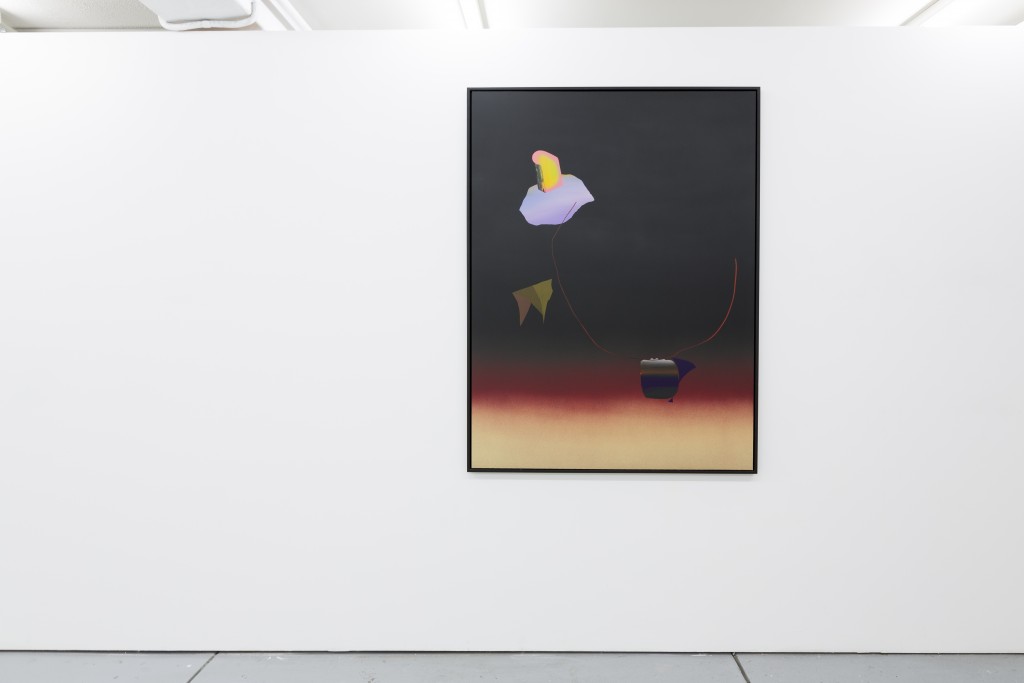 TCI: Would you say that any of your work is planned, then?

Lance Delary-Simpson:Â I donâ€™t know whether any of itâ€™s planned. You can plan the energy or the direction that you need the piece to go. But thereâ€™s no point when itâ€™s not up to chance or a moment of change.

TCI: If you could work as an artist in residence anywhere in the world, where would it be?

Lance Delary-Simpson:Â Thatâ€™s a hard one, I havenâ€™t really travelled.

TCI: You donâ€™t have to travel; you just have to have an imagination, which you clearly do.

Lance Delary-Simpson:Â Iâ€™ll go with Mauritius, because thatâ€™s the birthplace of my father. But I donâ€™t think my family inspires me all that much, so itâ€™s a weird place to choose. Thereâ€™s no place in the world that I would rule out as a place to practice. I have an imagination of all of the great cities but itâ€™s never going to be as good as the actual experience. How about this? Either somewhere extremely quiet, or somewhere extremely loud. I think the two extremes would push your work in weird directions. Like, a loud city could almost flip you into a minimalist, or a DJ. 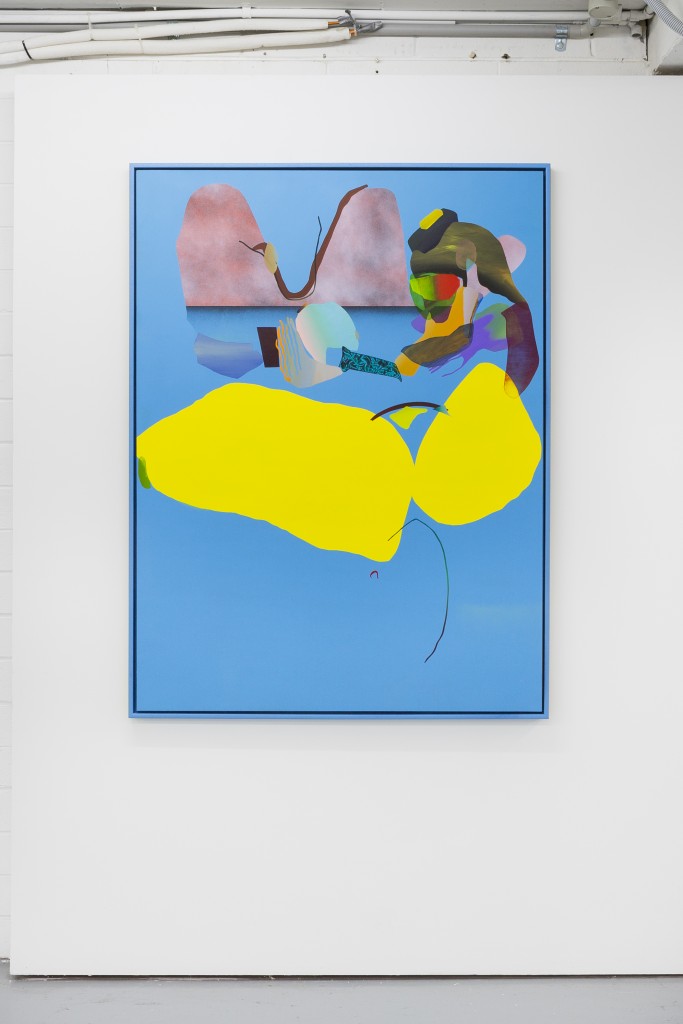 TCI: Speaking of somewhere quiet, you and your partner, Loralee are heading to rural Tasmania for 8 months. Tell us a bit about that!

Lance Delary-Simpson:Â Woo! Weâ€™re mainly going for the isolation. Weâ€™ll be living in the house that Loralee grew up in, on Turnerâ€™s Beach at the top end of Tasmania. Itâ€™s a property pretty much on the beach, with a trout creek running adjacent to it. So weâ€™ll be fishing and surfing every day. Itâ€™s not only for the isolation though; I want to learn to do everything that I havenâ€™t learned in Melbourne. Everything that you do in Melbourne youâ€™re kind of a weekend warrior at. Iâ€™ve lived here my whole life, I canâ€™t ride a dirt bike well, or surf well or fish well. Living there means that everything I do part-time I can do full-time, including paint. And I really havenâ€™t created work anywhere else, so the isolation in Tassy will be my first trial run at it.

TCI: And what are your thoughts on Melbourne as a place for artists?

Lance Delary-Simpson:Â Itâ€™s great, thereâ€™s a lot of Artist Run Initiatives (ARI), which are run by artists and strictly not-for-profit. Its very rare to have as many ARIs in one state, Melbourne definitely rivals most states in Australia in that sense. ARIs have an unsullied environment, its usually work that canâ€™t be sold in a commercial aspect, so youâ€™ve got a strong separation of money and ideas. Itâ€™s not about the money. That sounds like the title of a BeyoncÃ© song.

TCI: If you could collaborate with one artist, living or dead, who would it be?

Lance Delary-Simpson: I am horrible with collaborations, Iâ€™m very controlling. So I probably wouldnâ€™t collaborate with anyone. But Iâ€™ve always wanted to umâ€¦ Have you seen Fishing With John? John Lurie hosts it. He takes famous artist or director friends that he knows in New York out on bizarre fishing trips. But itâ€™s like the whole time, no one knows how to fish, thereâ€™s always this weird feeling that theyâ€™re kind of winging it. He takes Tom Waits on a tugboat through Jamaica and they kind of fish, but they donâ€™t really. I mean, theyâ€™re fishing the whole time but itâ€™s kind of just two guys trying to do their best but itâ€™s kind of a fishing show. Theyâ€™re actually addictive, once youâ€™ve seen Waits on a tugboat youâ€™ll never go back. So Iâ€™d like to go on that show. Or, Jacquez Cousteau. Heâ€™s just an insane Frenchman. Iâ€™d like creating a series of Cousteau in space, and hearing him hypothesise whatâ€™s at the bottom of a wormhole.

TCI: Where do you hope to be at in 5 years time?

Lance Delary-Simpson:Â In a sustainable studio practice, and pretty good at fly-fishing. 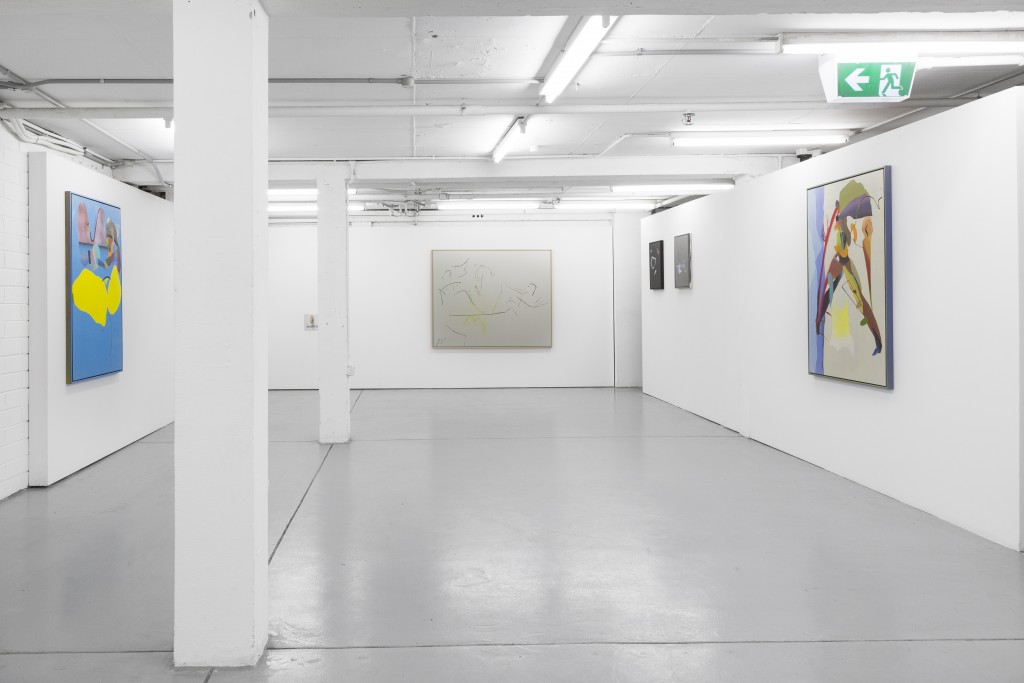