Stevie Cruz-Martin is a director, writer and cinematographer who is wrapping up the post-production of her first feature film, Pulse.

Pulse follows the experience of a gay, disabled teenage boy who transforms into the body of a beautiful woman, so that he can be loved.

For something that centres on such an untouched experience, Pulse poses questions that reach far beyond its protagonist. It is universal; a manifestation of some of the questions that plague us all at some point or another. â€œItâ€™s that, grass is greener idea,â€ Stevie explains, â€œWhat would my life be like if I had their life? Their body? Their money?â€

Stevie directed alongside her best friend and creative muse, Daniel Monks, who has been rewriting and morphing the script over the last seven years. The story is mapped from Danielâ€™s personal experience, and has evolved as he has over that period.

Fittingly, Daniel plays Olly, who watches on as his friends neglect him at the advent of their dating lives. His desire to transform himself raises questions about the extent to which our bodies shape us, about drawing the line between compromising for love, and changing who you are.

Stevie and Daniel are a powerhouse duo; their short films have been selected for over thirty-five film festivals around the world. They met at a screening of one of Stevieâ€™s short films in early 2008, and bonded later that year at a Perth Actors Collective Screen Workshop.

Though it seems that larger forces had predetermined the magic of their collaboration. Stevie tells me of how she acted for Danielâ€™s mother, Annie Murtagh-Monks when she was a child, yet didnâ€™t meet him until her twenties.

Pulse is their first feature-length film together. A film that is so highly personal and remarkable must be attributed to the strong bond and collaborative relationship between these two creatives.

I shared some words with Stevie about pre-production, improvisation and running a project on love. 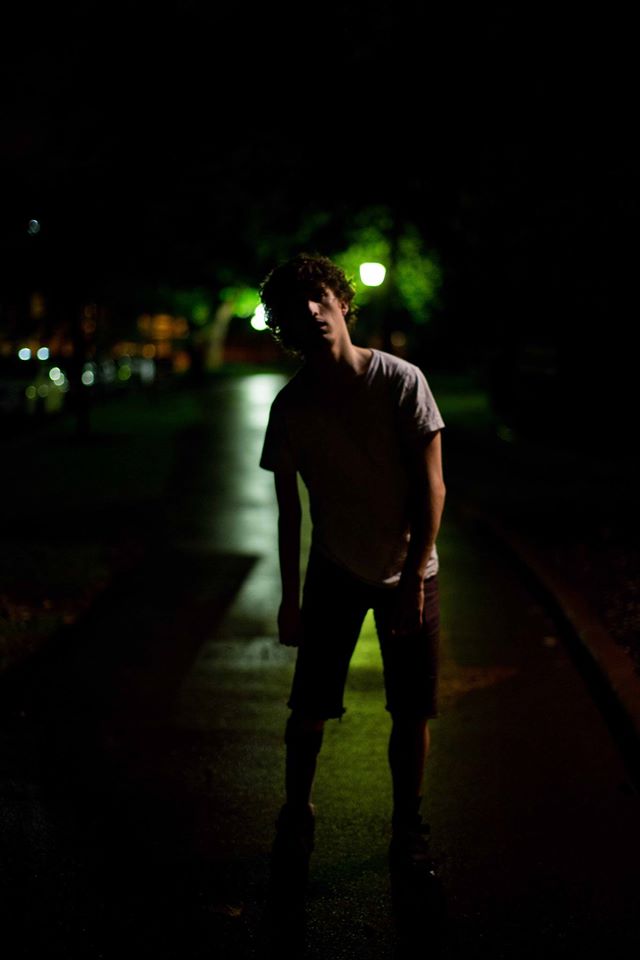 TCI: Letâ€™s talk about Pulse, what surprised you the most about the making of this film?

Stevie Cruz-Martin: I learned that collaboration is the key. Although this is our film baby, Danny and I are well aware that none of this would be possible without everyone that was involved. On our set it was important to create equality. Even if youâ€™re a producer, lead actor, youâ€™re no more important than boom operators, assistant make-up artists.

Also, it was incredible to see such a tight-knit team working for the passion of it. We had a crew that worked six days a week for four weeks, for deferred payments. And they all did that for the passion.

We needed to make the team feel like family. We needed to know that whatever happens, weâ€™ve got each otherâ€™s back. So each morning I read a meditation. The first few days there were a couple of sniggers from some of the crew. And by day six weâ€™d come on set and the guys would be like â€œStevie you got your meditation book today?â€ It became this bonding moment where we were like, â€œok weâ€™re all in this together.â€

We shot the film in 23 days and in that time we all developed such an incredible bond. 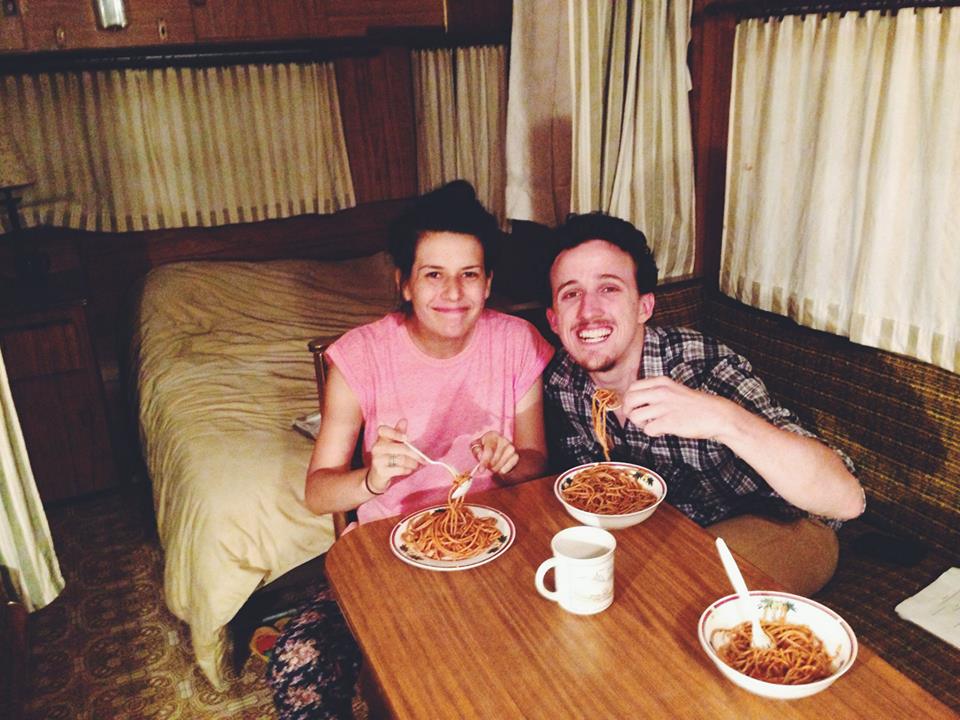 TCI: Can you tell us a bit about the production process?

Stevie Cruz-Martin:Â Danny started writing this seven years ago. The idea stemmed from a short film that we made, called Herman & Marjorie. This short film concept evolved into three different types of people going through a body swap.

From that, Danny probably did a minimum of 100 drafts over seven years, and it morphed a lot. He joined a great scriptwriting course in Sydney, and the teacher told him that the story that was most prominent was the gay, disabled teenage boy. Which made sense, because that story is so close to Daniel and his experience.

Pretty soon we started co-directing. Danny was constantly exploring and changing the script, though never actually thinking about playing the protagonist. Dan had always loved performing when he was younger, but the operation and his disability changed that for a while. As he explored his self growth he realised it really was something that he loved to do. So when he came to me with the idea of playing the protagonist it seemed perfect.

18 months before we began shooting we brought on the three other key cast members: Scott Lee (Luke), Sian Ewers (Nat) and Isaro Kayitesi (Britney). We work shopped with them a lot. We would ask really in-depth questions, covering so many topics, like â€œOut of your family who do you most resonate with?â€

We used a lot of improvisation. We sent them to Luna Park, they got drunk together, they had sleepovers, beach bonding. By the time they came on set, they were so entrenched in those characters that it didnâ€™t matter what type of direction I gave them. Whatever came up for them naturally was going to be the answer.

Danny is such a selfless writer and was not precious about the dialogue at all. The last draft was very stripped back, so there was a lot of room for improvisation.

We didnâ€™t use a shot list. Iâ€™d get to shoot an hour before and feel the energy in the room, think about the coverage that we needed to get, and play with it. I would come up with five alternate directions for each character. They are often polar opposites to each other, to create that dramatic tension. It actually saved us a lot of time. It meant that we were creating every day, constantly improvising and finding the most creative ways to do things, rather than cost effective ways of doing things. 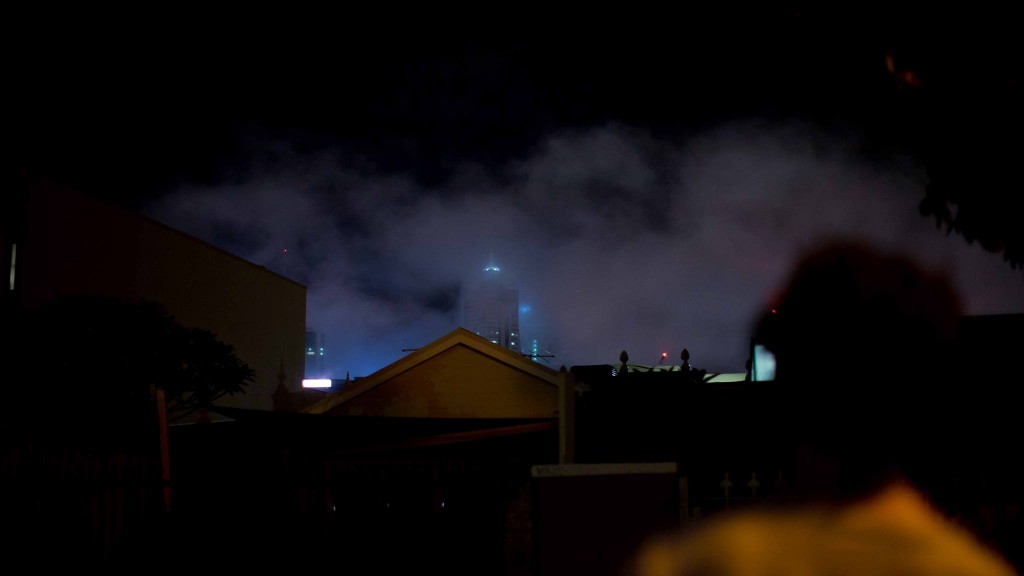 TCI: Iâ€™m thinking about the current social climate around transgender experience, and curious as to whether you intentionally dealt with an exploration of that?

Stevie Cruz-Martin:Â It wasnâ€™t intentional. Though it is definitely something that comes up with us in terms of being careful not to offend; we are huge supporters of the trans community. Pulse is more just about a body swap. The desire to do that comes from the protagonist believing that his sexuality and his disability adversely affect his life.

TCI: Can you tell us that funny story about working with Caroline Brazier? (Rake)

Stevie Cruz-Martin:Â Amazing! Weâ€™d just gotten a new draft through from Danny and the character of the Mum had changed quite dramatically. When I read the script, I automatically thought of her, cause Rake was one of my favourite Australia TV shows.

Caroline was born in Perth, and she moved over to Sydney. She was holidaying in Bali, when she was walking down a street in Ubud and a Balinese woman crossed the road to talk to her. The woman told her, â€œYou need to go back to your hometown because there is a job that you need to take on it is going to be so creatively fulfilling for you.â€ And when Caroline asked this woman where it was, she replied, â€œPerth.â€

So she came home to visit her family. Dannyâ€™s Mum got in contact with her agent, she read the script, we had a meeting, and she was like to us, â€œI know that this is the project that she was talking about.â€

TCI: Iâ€™m interested to hear about your creative process, what do you do, or where do you go when youâ€™re lacking inspiration?

Stevie Cruz-Martin:Â I believe itâ€™s very important to have a constant influx of all different types of art; getting involved in as many different projects as you can. So going to the theatre, doing photography, multimedia stuff, working with kids. I think that as an artist, one has to be able to be all consumed by creativity, because you just donâ€™t know where your next source is going to come from.

TCI: You work as a teacher as well, teaching both kids and adults. Iâ€™m very interested in the idea that children are educated out of their creativity, can you comment on that?

Stevie Cruz-Martin:Â I definitely notice a difference, as they get older. When you are working with children of 5, 6, 7, they are quite fearless. They have an idea and then they go with it.

I have noticed that when they hit 8, 9, 10, they start to second-guess themselves. In my experience, this happens more so with girls. As they get older there is such a huge fear of making choices that they think other people will like, rather than what they are interested in, or what comes naturally to them.

When I notice that coming up I try to push them in an encouraging way. I only have one rule in teaching drama: that nothing is wrong, and to go with that. Whatever idea comes up for you, no matter how crazy, it might seem, to always trust your gut.

TCI: Encouragement is the key, right?

Stevie Cruz-Martin:Â Definitely. Everyone is different, and your expression should be encouraged and nurtured.

Also, I think that you should know that what you have stands apart from everybody else. Thatâ€™s something that I run with in my own life: no one can do what I can do, and I canâ€™t do what anyone else can do. That means Iâ€™ve got a lot of confidence. Not in an egotistical way, but it helps for people to realise that there is absolutely no one who can do what you do. And in saying that, what are your gifts to the world, or the universe? Without them weâ€™d be missing out.

You can follow Pulse’s journey to release here. You can watch the teaser here.

Outside of filmmaking, Stevie teaches drama and film classes to children and adults at Fremantle Arts Centre, Barking Gecko and the Film and Television Institute.Â She is also an incredible photographer.