Channeling some emotionalÂ energyÂ is as simple as combining an openÂ space, a good sound system,Â andÂ Melbourne thrash metal band, High Tension. Jamming as a band since 2012, High Tension have confidently produced their own unique (and completely badass) sound with vocalist, Karina Utomo at the helm.

The metal music scene is constantly under scrutiny for just about everything that is good about the genre â€“critics say itâ€™s too heavy, itâ€™s too loud and itâ€™s too confronting. High Tension embrace the criticism and release music that continues to defy expectations and is utterly brutal, with Karina offering the perfect balance between high screams and a 90â€™s grunge vibe with her clean vocals.

A common misconception within the genre is its male-centric quality. However, an undeniably significant contributing factor to High Tensionâ€™s success is from their female lead- not only does Karinaâ€™s role in the band spark intrigue, but it is also a big middle finger to stereotypes and norms, which is exactly what metal and heavy music is all about. In an interview with Mia Timpano, Karina admitted that there is â€œa lack of female protagonists in the heavy metal scene. Itâ€™s a boys club without meaning to be. The guys in the band respect that Iâ€™ve got a pretty clear vision. Iâ€™m focused on what I want the band to do, what kind of songs weâ€™re going to produce, even down to the riff. Basically, we all sit around, play out some riffs and I tell them to make it more brutal.â€ 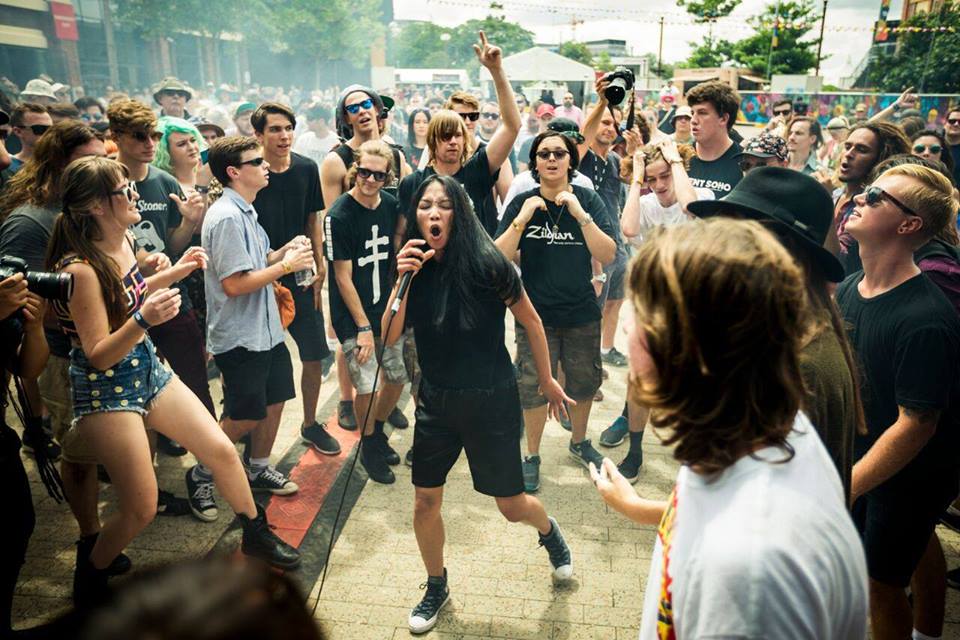 Karina makes it obvious that there is absolutely no reason why women canâ€™t be involved in the genre and also sets the record straight that itâ€™s not a violent form of expression, and that women are more than safe in these environments. She said, â€œI [have] always felt really safe and welcome at hardcore and metal shows, and I think a lot of women would agree. Itâ€™s an incredible feeling. Thereâ€™s respectâ€¦ And thereâ€™s a huge amount of trust. Especially if youâ€™re in a mosh pit. But I never feel like anyoneâ€™s going to cross the line, because everyone has that sense of respect for one another.

Heavy music is not inherently violent, but it is powerful, and itâ€™s the general consensus among everyone who is involved that it’s the intense emotional expression that makes heavy music what it is.Â Karina explains that her first experience at a hardcore show was what drove her to be where she is today.Â â€œIâ€™ve always loved guitar-driven music. But growing up in Indonesia, we were so limited to what made it to the one cassette store we hadâ€¦ It wasnâ€™t until I turned eighteen in Canberra that I went to my first hardcore show and it completely just blew my mind. So I think from then on I was very much, I have to learn how to sing like that. Seriously, I donâ€™t know how, but Iâ€™m going to try.â€ 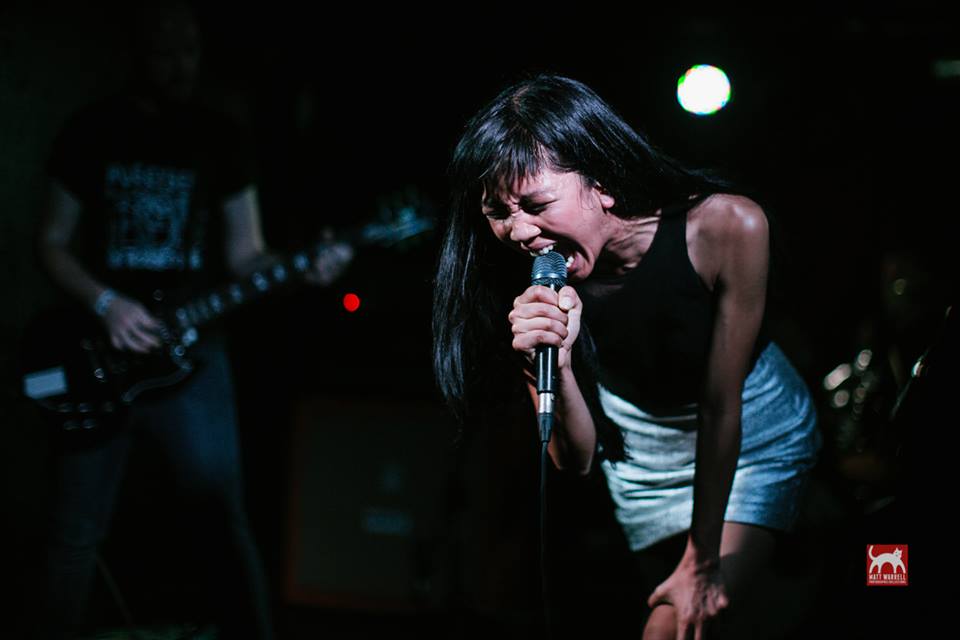 From the release of their debut album, Death Beat and latest album, Bully, itâ€™s safe to say that Karina has vocally hit the nail on itâ€™s head, and hard. The band have released three music videos from their recent album, these videos accompany singles ‘Sports’, ‘Killed by Life’Â and ‘Bully’.

High Tension continue to aim high with their name featured on the Splendour in the Grass line-up, as well as inclusions on the St. Jeromeâ€™s Laneway Festival bill, which took place earlier this year. The band will also be touring Brisbane, Melbourne and Perth with Californian metal band Deafheaven in June.