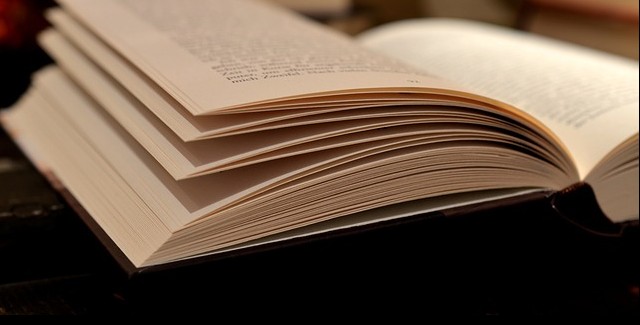 We’re always on the lookout for new books to pick up, so we went out and asked a few Melbournians what they’re reading at the moment to get inspired.

Emily, 20
The Sorrows of Young Werther by Goethe
â€œItâ€™s a book about a man. Heâ€™s a weird little German whimp. Heâ€™s in love with someone he canâ€™t have, of course, and her name is Lotte. Heâ€™s having a lot of issues because sheâ€™s already betrothed to a nice fellow named Albert. Wertherâ€™s writing letters to his friends about how in love he is with Lotte and heâ€™s just getting more and more depressed throughout the book.
â€œItâ€™s been translated from German which I really like. Itâ€™s still relatable and his emotional troubles are still really relatable even though itâ€™s from the 18th century. We donâ€™t live in villages anymore or have dowries but the emotions are still relatable. You sit there and you feel for Werther. Itâ€™s an iconic book.â€

Alex, 28
The Autobiography of Alice B Toklas by Gertrude Stein
â€œItâ€™s the autobiography of Steinâ€™s partner but due to the time it was published in, they couldnâ€™t put that in the blurb. Under the guise of a biography for her partner, Stein actually wrote her own biography.
â€œSheâ€™s constantly marvelling at her own genius through the voice of Alice, saying things like: â€˜I may say that only three times in my life have I met a genius and each time a bell within me rang and I was not mistaken, and I may say in each case it was before there was any general recognition of the quality of genius in them. The three geniuses of whom I wish to speak are Gertrude Stein, Pablo Picasso and Alfred Whitehead. I have met many important people, I have met several great people but I have only known three first class geniuses.â€™
â€œI really like that she knows she is smart and a good writer and I enjoy reading it more because of this. I also wish I could write the way she does, and be famous for making up something so ridiculous like Stein when she wrote, â€˜A rose is a rose is a rose is a rose.â€™”

Bede, 20
Hot Little Hands by Abigail Ulman
â€œThis is a collection of short stories by an Australian writer. The stories are about different young women at different stages of their lives. It was an interesting mix. One story was really good. She wrote it a few years ago and it was sort of her start as a writer. I think itâ€™s probably what got her into the MFA she went and did in the US. There was another cool story about Russian gymnasts, which I liked. But then half the book was made up with stories about being in your twenties and being a hipster, it was quite twee, there were literary tattoos, fixies and coffee culture and at times it felt like all you had to say were the words San Francisco to be a cool character.
â€œI think sheâ€™s a good writer, but at times her stories were about nothing more than being a writer and drinking coffee, which really annoyed me as a reader.â€

Moâ€™ Meta Blues by Questlove
â€œItâ€™s an autobiography from Questlove, the drummer of The Roots. I liked it because he offers a lot of insight into both the music that he grew up with as well as his own music. I also like the band a lot so hearing their history as well as a lot of interesting stories about the various musicians they’ve met was interesting.â€