Get out your calendar and clear your schedule. The program is out for MELT 2019, and there’s something for everyone.

From 28 June to 7 July, Brisbane Powerhouse will present the fifth MELT: Festival of Queer Arts and Culture. TCI last caught up with MELT Guest Director Emily Gilhome in November and now, as the festival draws closer, we had the pleasure of chatting about the program and all things MELT once more. 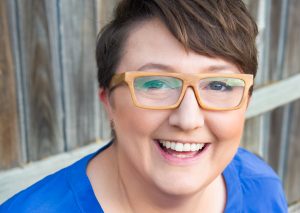 The Creative Issue: Hi Emily! It’s been a little while since we last spoke to you about MELT 2019. What has your experience been like curating the program?

Emily Gilhome: It’s been a whirlwind, that’s for sure! I’m really proud of the program that we’ve assembled because the main priority was to ensure that it was truly diverse and represented many aspects of our great community. One focus of ours over the last few months was making sure that there was a really good representation not only of areas of our community, but also the variety of art forms — we’ve got everything from cabaret to computing, and everything in between.

TCI: When we last spoke, you were still accepting submissions and beginning to sort through everything. What was the response like?

EG: It was really good! The MELT Portrait Prize has become a tradition, and I think they had the highest number of submissions that they’ve ever experienced. You see this continued growth of interest not only locally, but interstate. It’s really good to see that MELT is getting that profile because it is one of the largest Queer art festivals in the country. A big passion of mine is the local community and there is a big presence of that in this year’s festival. There are also some interstate and international acts who we welcome into our community to celebrate with Brisbane.

TCI: Are there a lot of first-time participants?

EG: There’s a great little project called Baby Bi Bi Bi which is three women talking about, in a comedy-cabaret style, the perils of being a bisexual woman. Killer Queen is a brand-new production made particularly for MELT. Giantess is another touring production by a Trans woman called Cassie Workman who’s doing her first sort of main stage theatre piece, and again that’s a hybrid form of part storytelling, part stand-up and it involves some projection elements. There’s quite a few that are appearing for the first time as well as upholding the traditions and the classics that people have loved.

TCI: So, you’ve got a few MELT favourites returning?

EG: A big part of the festival I’ve wanted to honour coming into the Director role is those traditions that are uniquely MELT. For example, you’ve got the MELT Beauty Pageant (which is the drag queen competition) that returns, the portraiture prize, and the Bowery Haus closing party which has become a big tradition of MELT. We’re honouring those uniquely MELT celebrations that people can rely on every year to come and have a great time. 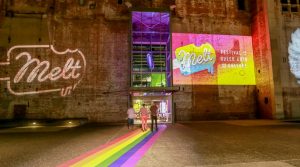 TCI: And a lot of those are part of the free program?

EG: As a patron of festivals, one thing I love is the talks and the free exhibitions, and this year has more free events than ever before. There’s a lot more opportunity for people who maybe haven’t heard of MELT before to head down to one of the free events and get involved.

There’s an awesome event from a guy called Trevor Jones who’s running a piano bar up on the Turbine Platform for one night. Trevor travels around the country and hosts piano bar nights and they’re absolutely frivolous fun. Another free event is the Tragic Trivia! trivia night — these guys appeared last year and it was so popular that we’ve brought it back this year and made it free so that more people can get engaged.

TCI: There’s really something for everyone.

EG: Absolutely! While MELT gives rise to queer voices it really is a festival for everybody. I’ve always said that my mum and dad are as much a part of my community as my Queer friends and colleagues. There really is so much in the program that regardless of your sexuality, age, gender or background you can come and be celebrated as a human.

THE DETAILS
What: MELT: Festival of Queer Arts and Culture
Where: Brisbane Powerhouse
When: 28 June to 7 July
How Much: Varied, see website for details.
More Info: For individual event info and tickets, check out the Brisbane Powerhouse website here.