It’s not every day that an album resonates with you from the get go, but Methyl Ethel have well and truely cracked the code with Triage.

“Yeah, it’s pretty exciting! I actually just went to the post office and picked up my copy of the record. So yeah, it’s pretty nice at this point. It’s all ready to be out in the world,” he said. “Everyone’s done such a great job putting it all together. I think it’s gorgeous.” 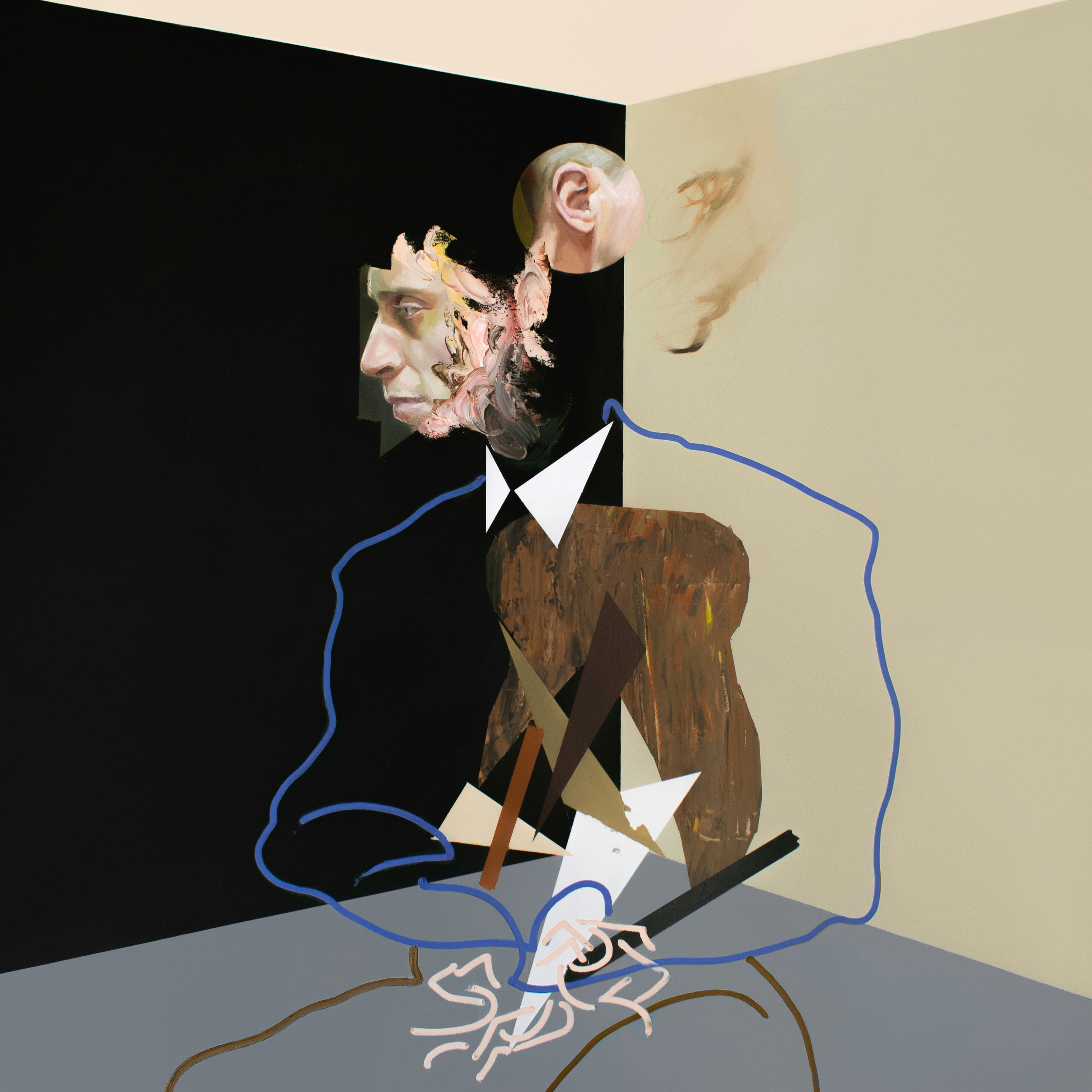 If there’s one thing that you’ll likely take from Triage, it’s an incredible sense of self-reflection and introspectiveness. From its opening track Ruiner, to recent single Real Tight, the album is bound to take its listener on a stirring journey. Jake explained that while that approach wasn’t initially planned, “as the process kind of rolls along and the album starts to take shape that’s when those sort of things come to the floor.” Jake said.

Long-time Methyl Ethel fans will take note of a shift in sound in this record. It’s clear that Methyl Ethel‘s wings have spread into an exciting new territory, and we certainly aren’t complaining. We asked Jake if he’d be surprised at where the group’s sound had landed if he had heard Triage a few years back.

“I don’t know, it’s like, I guess, it seems to be a slowly evolving sound that’s happening with Methyl Ethel. I don’t know if I’d be so surprised, I think I’d be pleased with how it sounded,” he explained “I’m kind of always looking forward to the next thing as well. Even when I listen to this record, there’s things that I want to try, different things I want to do next time round.” He explained.

After the release of the first three singles from Triage; Scream Whole, Real Tight and Trip the Mains, it was clear to see that the album would take 2019 by storm. For Jake, we thought giving us those teasers felt like releasing his babies out into the wild, and he agreed.

“It’s obviously something that is great to do. It’s all pretty exciting I think. Getting the songs out into the world is one of the most exciting parts about putting together work,” Jake said. The songs need to exist for other people in order for it to realise what they’re designed for.”

As if gifting fans with the new album wasn’t enough excitement for Methyl Ethel, they have just shared the news that they’ll be embarking on a tour this June, following their tour in the United Kingdom and the United States. 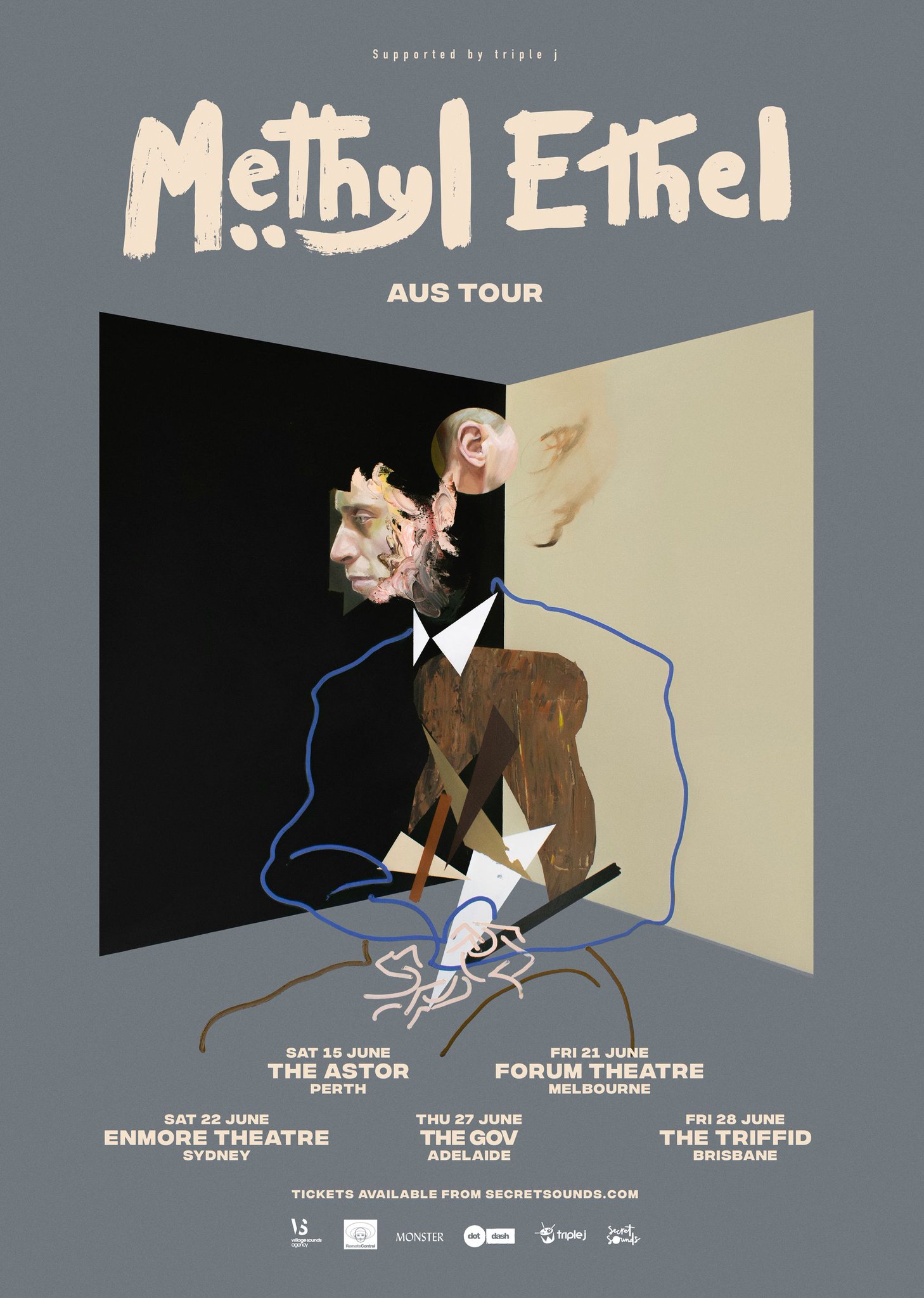 “It’s really fun to play in new places, regardless of if there’s anyone there or not,” Jake said.” I really like travelling around and meeting new people and that’s sort of the really beautiful thing about music, or at least the music that we play, the people who turn up, whether there’s five or fifty or five hundred, everyone seems to just really love music and that’s one thing that we’ve got in common in that room. It’s all a big highlight I think. Going out and travelling. I’m really looking forward to bringing this new show to those places again and some new places hopefully.”

During their set at Brisbane’s Laneway Festival, we got to see exactly how the band’s new music projects in a live capacity. The music is left to speak for itself, allowing each and every audience member to connect with it in their own, often emotional way.

“It’s a two-way dialogue. The songs are sort of their own beast and hearing people connect to different things and the like is really a huge part of it all.” Jake said.

Triage cements Methyl Ethel as one of the country’s most notable outfits. It’s equal parts touching and catchy, offering a unique experience to any listener. Listening to it, you might dance or you might delve into a self-reflection, this writer found herself doing both.

THE DETAILS
What: Methel Ethel Australian Tour
Where: The Triffid, Brisbane
When: Friday, June 28th, 2019
Website: link to website
More Info: 18+ event. For information on Sydney, Adelaide, Melbourne and Perth shows, click the link above.

The 2018 Matilda Awards – A Celebration For Queensland Theatre Industry