It’s opening night of Once In Royal David’s City and the Playhouse, QPAC is abuzz with the anticipation of sponsors, season ticket holders, aspiring playwrights and actors as well as a throng of well known industry participants. The stalls are full as the audience take their seats, looking out or down to a minimalistic stage design that captures the imagination even before the performance begins.

This is a story that draws not only on our experiences as children facing the mortality of our parents, but cleverly interweaves the experience of a playwright who has created a character from within his own world. Will Drummond, (Jason Klarwein) is a middle aged playwright himself who loses his father suddenly and then has to face the reality of his mother’s impending death, all during the Christmas holidays. 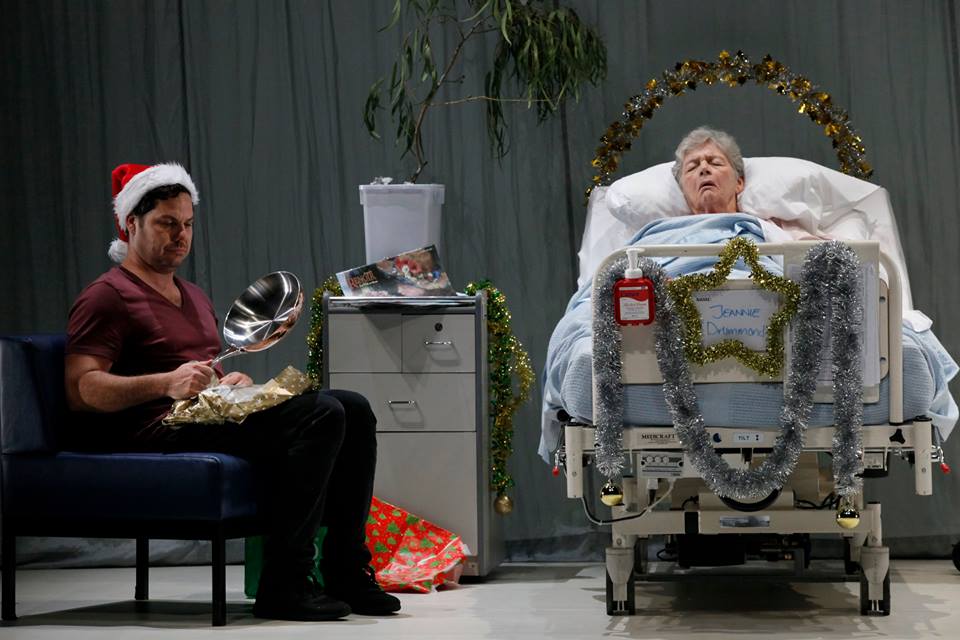 The material is raw and confronting however is cleverly written and the black comedy lifts the audience out of the mundane and ensures the content can be digested by all. Jason Klarwein holds the audience in the palm of his hand, however the ensemble and their smaller parts kept the story moving. Emma Jackson and young Adam Sollis held their own in a performance that didn’t miss a beat. An opening night success. 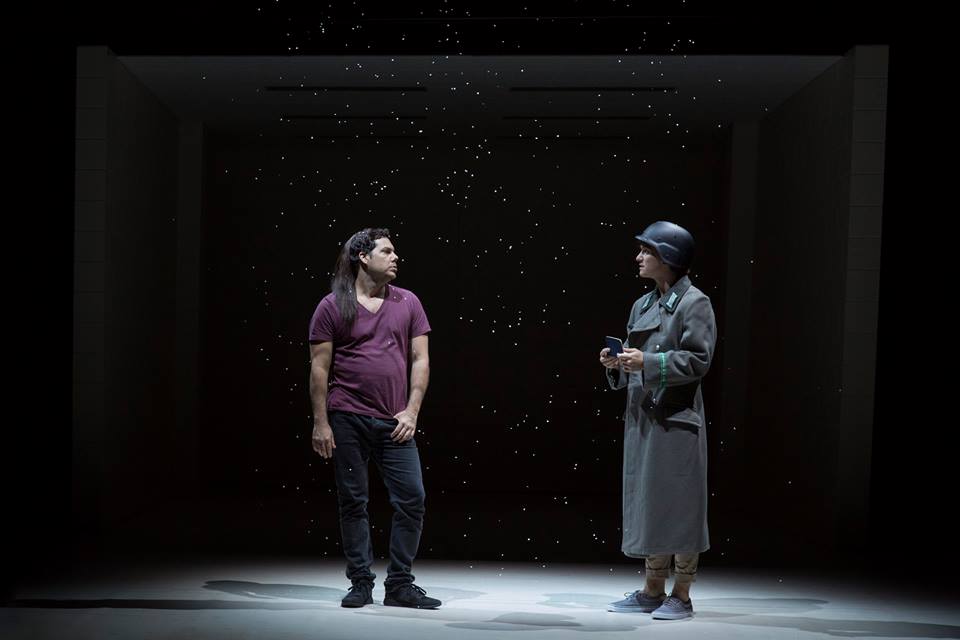 The show itself runs for 100 minutes without interval. It makes sense as there is no clear demarcation between acts. The Creative Department should take a bow for the continuity of the show. The minimalistic set and the clever use of performers to change the set as part of the production is a highlight. The story was a little two paced however given the nature of the material, that was always going to be a challenge. However to quote Jason Klarwein from his work in The 7 Stages of Grieving, “It (the content) does what all good theatre and literature does, and that is to ask the questions, what does it mean to be human”.

If you like your theatre raw, a little bit in your face and asking you to question the mortality of those who you love the most, Once In Royal David’s City will be a show you need to see.

What:Â Once In Royal David’s City
Where: Playhouse Theatre, QPAC
When:Â 22 April – 14 May

Set Your Sights On The Horizon This August