Gold Coast artist Miss Lucy has dropped a video for his latest single ‘Ocean’, which explores the prospect of taking a relationship from the metaphorical kiddy-pool to the blue Pacific.

The charming music video directed by Dom Gould is the perfect companion for the track’s lush synths and enamoured lyrics, featuring a boy having his first crack at romance.

The first two tracks under the name Miss Lucy came with the legendary fingerprint of producer Konstantin Kersting (The Jungle Giants, Tones and I), while the debut single ‘All In A Day’ also saw a remix from IVEY.

Formerly a band-kinda-guy who you’d catch on a tour with acts like Eliza & The Delusionals, Blair Condon found the solo angle that Miss Lucy provides is his ideal way of expressing himself.

With his first set announced for Homecoming 2020 alongside Peach Fur and SAN MEI (sold out), we had a chat with Blair about the beginnings of his solo venture.

The Creative Issue: Let’s get this out of the way – how would you define your relationship with hardware synths?

TCI: You know how to keep company with attaching Konstantin & IVEY to the project from the get-go. Do you find these forms of collaboration more personal than working in a band?

BC: Absolutely more personal. I think being in a band is something I would love to do but it’s so hard finding people that consistently understand you whilst always wanting to evolve that working relationship. Working with people on a not-so regular basis just bridges the gaps between an idea and a finished product.

TCI: You talk about how you hadn’t properly dived into your relationship at the time of writing ‘Ocean’. It’s a groovy song so I’ve got to know, did reality shape up to be so groovy?

BC: Hmm probably had something to do with it at the time. It’s an optimistic song so it’s got to have some sort of glimmer of optimism I suppose. I guess that’s why there are so many sections to that song though, lots of moods happen throughout it. 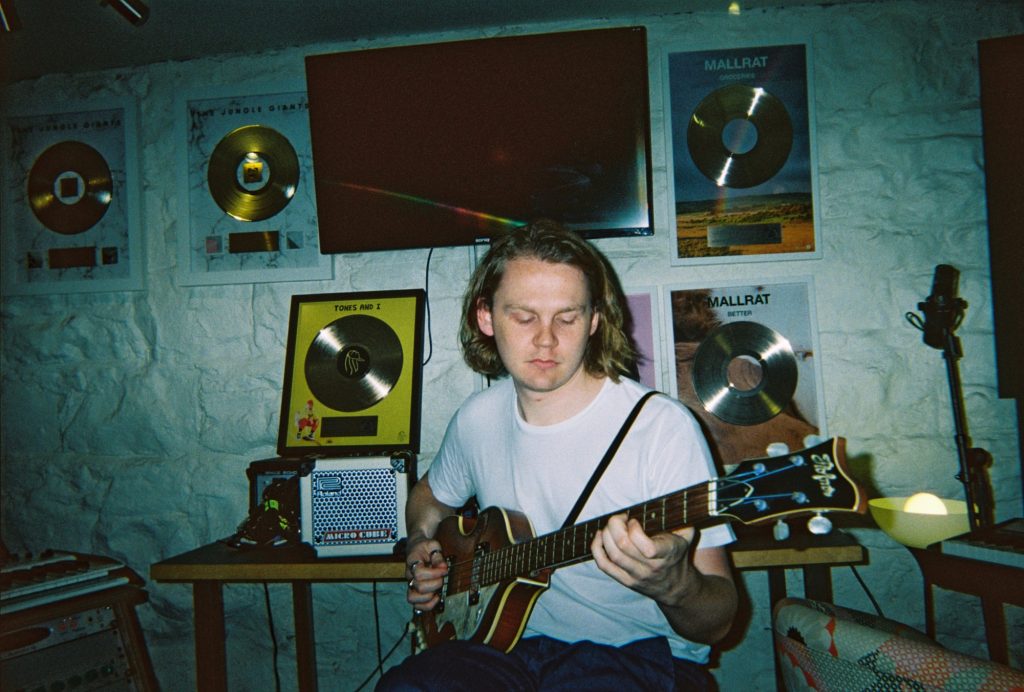 BC: Frank Ocean for sure. Something about his camp of people makes me enthusiastic and makes me want to try and find new ground within my own music. Such a unique character.

TCI: Your debut ‘All In A Day’ was released just after COVID flipped everything on its head. How did this impact your plans for the project?

BC: I had no real expectations for this project and especially ‘All In A Day’. I originally wasn’t even thinking it would be the first release but I’m glad it was now. I guess not playing shows has been a bummer but it’s actually given me a lot of time to think about what I want to do for Miss Lucy in the future.

TCI: What can we expect next from you?

BC: A bigger body of work is definitely imminent. Whether that’s an EP or a collection of cohesive singles like ‘Ocean’ and ‘All In A Day’ were, it’s going to be quite different from those. Really excited for this next chapter.