In this dreary age of lockdowns, plagues and basically everything on the planet going wrong it’s important to look for the bright and sparkly side of life. For me, the greatest escape from the drabness of reality comes in the form of the drag queen. A marvellous creature made of joy, love, fabulous costumes and incredible makeup with just a big old helping of tongue in cheek comedy.

I found Scarlett on Instagram due to the recent Miss Quarantine Queen competition, which she won. I immediately fell in love with her creative, polished and out of the box drag style. I am a fan of all types of drag but I have to say I’m a sucker for the weird and wonderful. 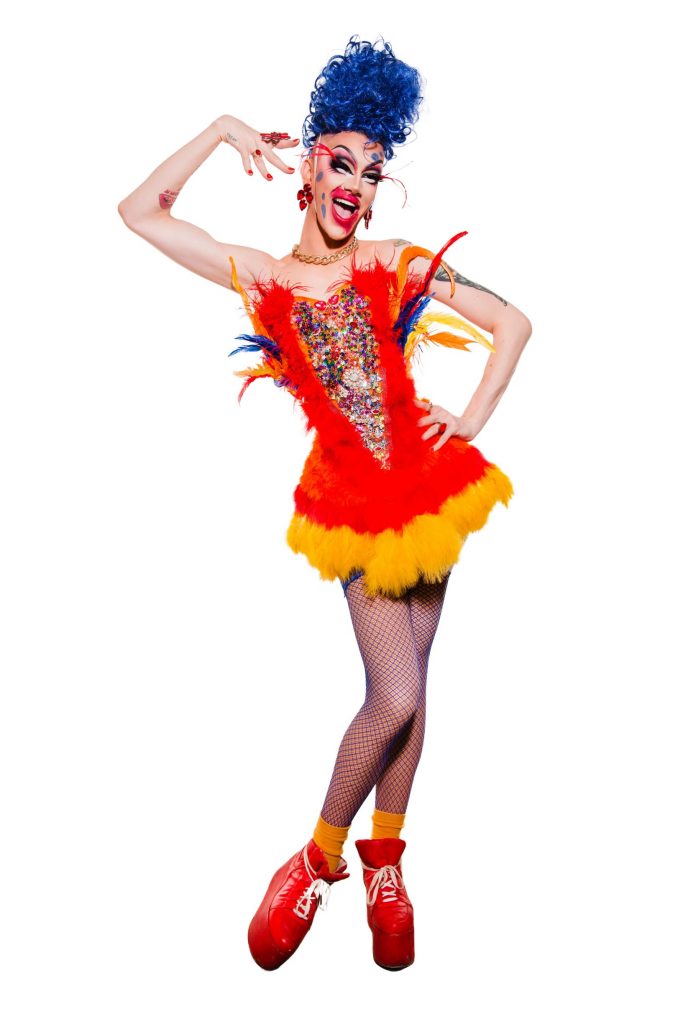 The Miss Quarantine Queen pageant has been going on throughout lockdown. This remote competition was created as a way to raise money for charity, keep people entertained and give drag queens an excuse to get creative.

“For me personally I was just stuck in quarantine, I didn’t have a job I didn’t have any reason to sew or create or do anything in drag, I was just kind of losing my spark and then I just did this competition just to get out of bed, and to remain creative and remain positive and productive”

This wonderful 8-week long extravaganza has allowed fans to donate funds to Open Doors Youth Service and The Minnesota Freedom Fund. Originally a chunk of the takings would be given to the winner as the prize, but Scarlett and her fellow competitors suggested that due to recent global events, they use the money to make a difference. If you want to find out more about these charities give them a google and visit the Miss Quarantine Queen Go Fund Me. 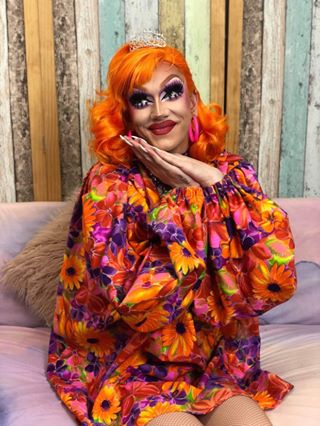 As with most artists I have spoken to during these troubling times, Scarlett tried to find opportunities to better herself while she was cut off from performing. Being stuck inside with the threat of impending doom for months on end may have been unpleasant, boring and stressful but it gave a lot of artists and opportunity to improve their craft.

“It’s been fun to experiment with things, especially photo editing I’d never really edited any photos before so like playing around with that, and just trying to learn new things. Like every week I’d try to do a different thing to help learn a new skill. So I was learning to style hair for the first time, different makeup things every week, just things to make it worth it I guess.”

In her 5 years of professional drag, Scarlett Fever has accomplished more than just Miss Quarantine Queen. Scarlett has opened for some incredible acts, met several truly inspirational figures in the world of drag, and has had enormous success with her own shows. As one might expect it started when Scarlett was young, she was always theatrical and then RuPaul’s Dragrace came on the scene.

Scarlett feels that Dragrace has “opened the world of drag, especially in the straight community which is great for both parties because it opens up this big wide world of more venues and more audiences and people to educate. Like to inform people that we’re not nasty people we’re just trying to play dress-up and be artists and have fun just like everybody else, it’s just in a different way.”

Drag bubbling to the surface of the mainstream has not just been a learning experience for all of us out there who just weren’t as aware of the art form as we should have been. It has also created vast new opportunities for artists who now have a greater scope of venues and audiences. Seeing the success and beauty of drag shimmering in the limelight gave Scarlett hope for her future, and with good cause.

“I started watching it in high school, when it was at around season 3, I was just obsessed and I watched everything and I was telling all my friends about it and they were like yeah we get it it’s a fun show and you like it. But now after like 5 years have passed everyone’s like oh my god are you going to see this person or this person and I’m like yeah I’m opening for them.”

Drag isn’t just about performance, creativity and art it’s also about creating a character, almost an alter ego. Scarlett talked about the strange duality of being Jack during the day and transforming into Scarlett Fever at night.

“It would be so interesting seeing people line up to take photos with you and watch you and cry for you on Sunday night but then you’ll be checking them out on Monday morning and putting their eggs and milk through and they’re abusing you because their change isn’t quite right.” 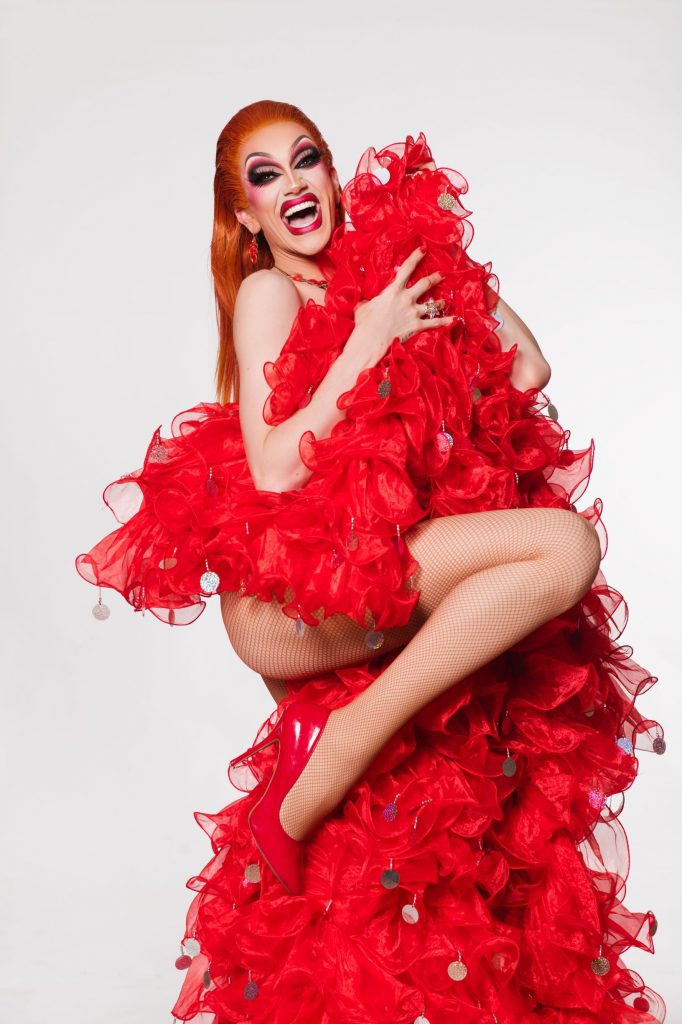 Of course, this lead me to Scarlett’s family, I always find this aspect of a drag queen’s life fascinating as not all parents understand the choice to go into drag. Scarlett was comfortable and open talking about her parents, especially her mother who is her most dedicated fan.

“My mum has always been my biggest supporter which is great. She’s always been front row screaming…and I couldn’t be more blessed with a more supportive mum. My dad obviously isn’t as supportive, well he’s supportive in his own way I guess. He’s from a very catholic background and obviously not being in my life as much he hasn’t gotten to see me grow and learn and become so he just sees it as I guess a hobby. It wasn’t until recently in the last year when he noticed that I actually was earning a living and was able to do it full time and paying my bills with it and being really successful and also getting to do all these crazy magical things that I wouldn’t have been able to do without it. I think he’s coming to realise that it’s not just me playing in women’s clothes anymore it’s an actual profession.”

It is important to lift the glittering veil of drag and see what lies behind it. Queens work harder than most in the entertainment industry. Having to deal with social attitudes, a lack of understanding and battling bigotry is exhausting on top of designing/making your own costumes, and being your own hair and makeup team. I loved Scarlett’s attitude towards homophobia in Australia and “cancel culture” a term I just learned because I’m not very ‘with it’ as the kids say.

“Us as queer people just have to educate rather than cancel, I feel like we live in this cancel culture at the moment where if you do one thing wrong you’re just cancelled forever, there is no redemption. I think it’s really silly that the same people cancelling everybody are posting all those things that are like ‘Oh let changing your mind be acceptable’ and all that stuff and it’s just like what are you fighting? You know when people are just angry, and I think we just need to think about the main goal and the main thing we’re trying to achieve and who we are fighting. Cos I think when we are all in this kind of community and we are all part of subcultures and sub-communities we need to remember we are all under the one rainbow flag and we’re all just fighting for the same thing.” 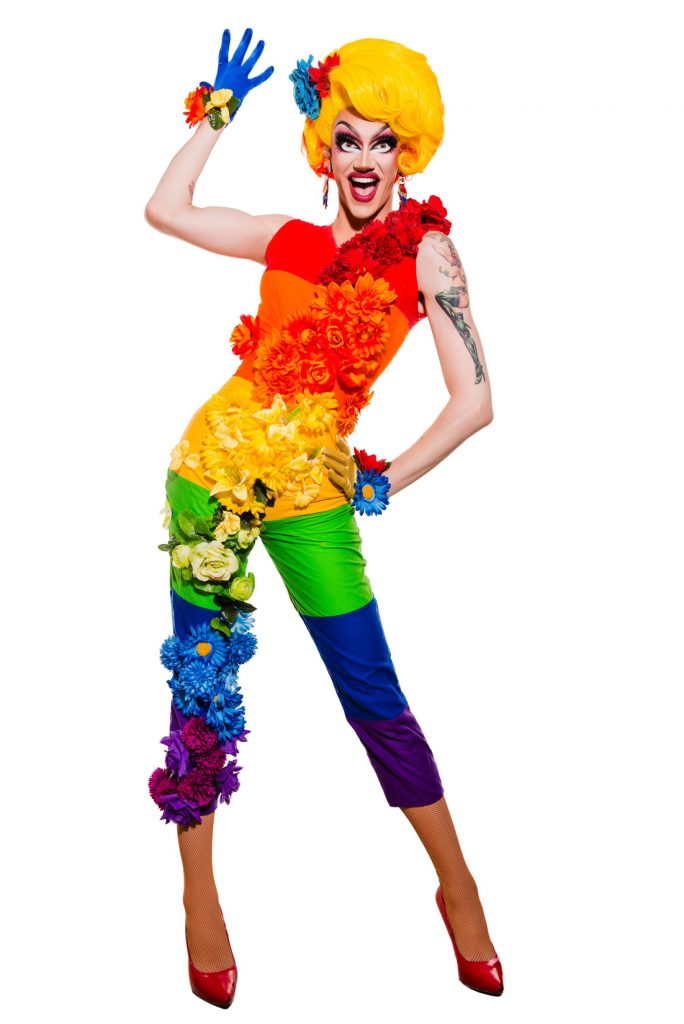 Since this is pride month there is no better time for us to think about how we want to treat each other. It may be easier to “cancel” people who offend, have old fashioned views or are just straight up bigots but is it helpful? Pride is about love and passion, it’s about appreciation and expression and it’s definitely about education.

“Everyone’s arguing different perspectives of the same opinion and I feel like we all just need to listen and appreciate but also educate with love.”

For me, drag is about fun and entertainment and I see so much of those qualities in Scarlett and everything she does, she epitomises what I love about drag. 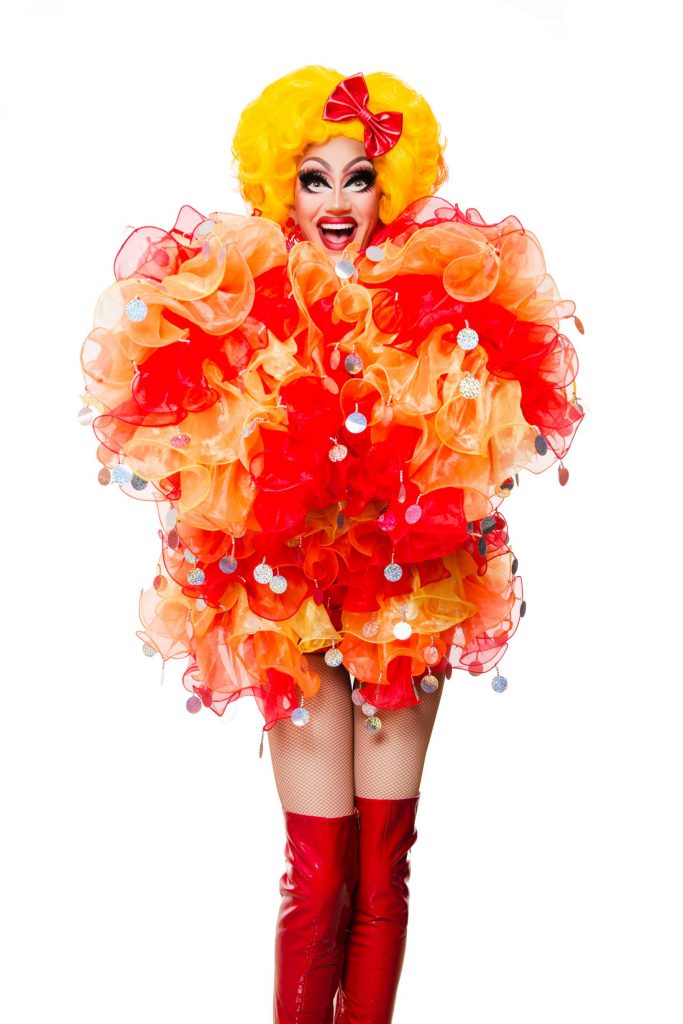 Scarlett will be taking the rest of the year off to work on herself, take some time after the pandemic and save up a little money.

“I just want to build a solid base for myself so then 2021 Scarlett can just run and play and be merry and gay!”

She is extremely excited to see everyone next year when she will be back and better than ever. In the meantime, she encouraged me to go and see a number of other fantastic shows featuring some of her incredible sisters.

If you want to catch some top-notch Aussie drag you can attend shows at The Avenue in Surfers Paradise for Dragelicious. Here you can see Scarlett’s amazing drag costars Violet Velvet and Natasha St James. This night has been called ‘One of the best LGBTQ+ nights in the country!’ by SBS Queer Australia. 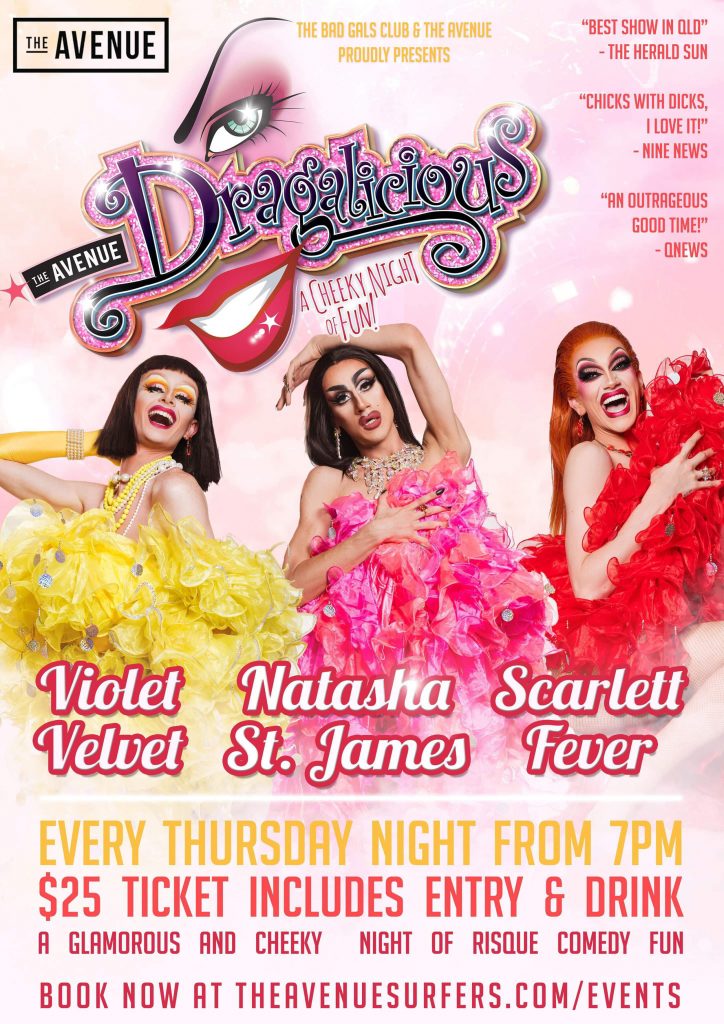