MKO (the performance moniker of Hannah Macklin and her band) is set to release a new single, â€œPuddles, and venture on an accompanying east coast tour.

Introduced by Hannah as a â€œa downtempo, sub-aquatic pleaâ€, PuddlesÂ comes a year after the success of her killer track Snarly, and will be formally introduced to Brisbanites on August 12. Set in the cosy confines of Black Bear Lodge, MKO will be supported by the strong jazzy vocals of local lady Georgia Potter and the genre-mashing Noah Slee. 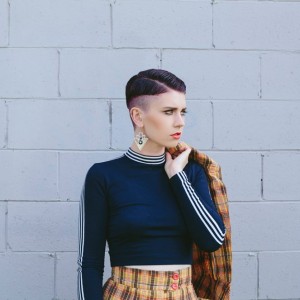 Puddles accompanies MKOâ€™s most recent release, Daffodils– a catchy, classic RnB style track, complimented by her effortless vocals and touching lyrics attested to a personal loss. Hannah extended her skillset in â€œDaffodilsâ€ to include melodic rap, which is bound to bring some pace and diversity to her live show.

As a multi-medium, cross-genre performer, Hannahâ€™s live shows are bursting with energy; theyâ€™re captivating in the sense that they progress in tone and style rapidly and are not only an aural but a visual feast.

Considering Hannahâ€™s ever-vibrant blend of quirkiness, technical ability, and cutting-edge experimentation, MKOâ€™s single launch tour is one not to be missed but. You can also catch them performing as part of the Valley Fiesta on August 24.

Movie Review: And So It Goes