The Brisbane Gallery of Modern Art (GOMA) brings the excellence of Shakespearean inspired films in all genres to the big screen to prove Shakespeare is still relevant; he is the inspiration for countless contemporary films.

You might remember him as the most famous playwright in history or you might just know him from English class, regardless Shakespeare has been the influence of cinematic masterpieces and theatre for centuries.Â GOMA shares this ideology and from late April to the middle of June the gallery will be hosting a Shakespearean inspired film festival.

The films on display include 1996’s Romeo + Juliet; Titus; 2012’s Much Ado About Nothing; sci-fi classic Forbidden Planet and Troma gorefest Tromeo and Juliet. The wide variety of films on display highlights just how important Shakespeare is to film history. 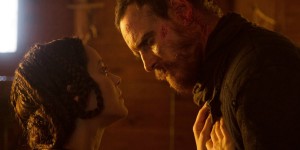 For instance, 1956’s Forbidden Planet isn’t actually an official adaption of a William Shakespeare play; it just shares strong similarities with playÂ The Tempest.Â The plot definitely shares the same story, location and characters, but it is substituted for a space setting including astronauts, distant planets and evil robots. The film’s success relies on the different interpretation of a classic tale, demonstrating how timeless Shakespeare’s plays have become in a different time period.

Another film, which is strangelyÂ being exhibited, is Troma’s own Tromeo and Juliet. For those unaware, Troma Entertainment is an independent film production company that produces low budget horror films that areÂ realisticallyÂ gory, politically incorrect and did I mention gory? Tromeo and Juliet is a loose adaption of the classic romance play Romeo and Juliet.Â So just picture the classic play but with added gore to all the fight scenes and a Toxic Avenger style love story; essentially a parody and aÂ gross interpretation of Romeo and Juliet. 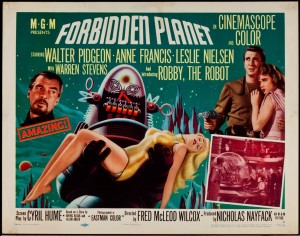 There are many other films on display that add a different take on the classic tales of Shakespeare, but Forbidden Planet and Tromeo and Juliet are two of the strangest films being shown at the GOMA Shakespeare Film Festival. The exhibition should not be missed; it’s a free event to view some of the greatest stories in history interpreted into films that add different qualities to the classic plays from one of the greatest playwrights in history.