BrisAsia festival may be entering its last week, but already itâ€™s laying foundations for the future. We checked out festival delicacy Morsels from the Heart and got a sneak preview of whatâ€™s to come for Brisbane theatre.

The Roundhouse has finally opened its doors for the next year â€“ but not for a La Boite mainstage show. Instead, the company has collaborated with Playwriting Australia and Performance 4a to stage Morsels from the Heart â€“ a vibrant night of theatre, food and discussion as five of Brisbaneâ€™s best emerging Asian-Australian playwrights previewed their work to the public.

The five plays currently in development are the product of the Lotus Program, a Playwriting Australia initiative that provides training and mentoring to Asian-Australian artists. The project has been working with artists across the country since 2014, with development set to continue into 2018. However, the works seen at Morsels from the Heart could be on stages even sooner, and there are evidently appreciative audiences ready to welcome them.

The Brisbane theatre community filled the seats, and also the stage, with actors Silvan Rus, Courtney Stewart and Ildiko Susany switching between five stories and many more characters to bring the fifteen-minute snippets to life. Under the fine direction of Margi Brown Ash, and with nothing more than their talent and a handful of plastic chairs, they did extraordinary work. The evening was by turns hilarious, horrifying and heartening, the plays ranged from gothic horror to suburban sitcom, and all drew a very positive reaction from their first audience. 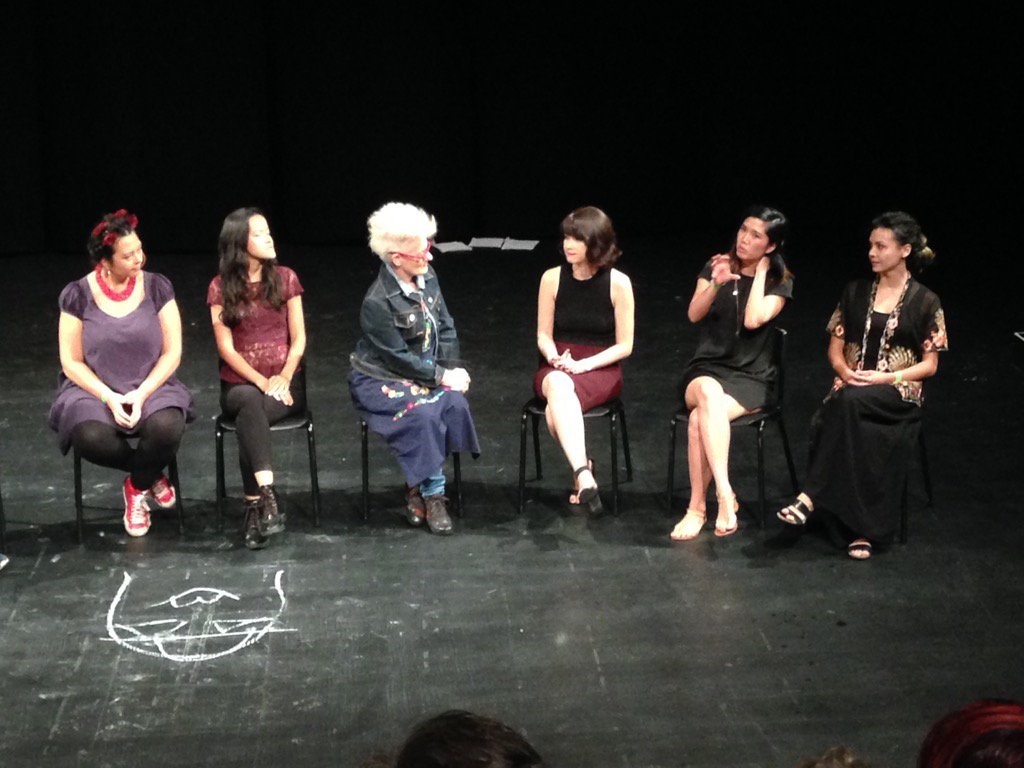 Michelle Lawâ€™s Single Asian Female opened the night, a riotously funny and down-to-earth account of two sisters wrestling with their each other, their personal lives, their mother and their heritage. Â Multi-ward winning filmmaker Katrina Irawati Grahamâ€™s first foray into theatre, Siti Rubiyah, darkened the tone, a grim, otherworldly horror set in the dark Indonesian jungle. Merlynn Tong (most recently of Ma Ma Ma Mad fame) squeezed an impressive amount of sex into a void deck and a quarter of an hour with Hot Wet Void, a Singapore-based tale of poetry and multi-culturalism. Squint Witch, by Shari Indriani, gave us an achingly beautiful glimpse of a young witch coming into her magic with the help of her familiar, Moth. And finally, Ngoc Phan (just seen in La Boiteâ€™s The Motion of Light in Water) brought audiences to gales of laughter with My Father Who Slept in A Zoo, an autobiographical story set partly in pre-wake Australian kitchen and partly in a Vietnam War fire-fight.

The Lotus Project was established to address a chronic shortage of contemporary Asian-Australian theatre â€“ and from what we witnessed in just one short evening, itâ€™s obvious what a loss this shortage is. This project and the plays it has developed will go some way to correcting a deplorable paucity of Asian voices and Asian faces seen on Brisbane stages this past year, so keep a look-out for these fantastic productions hitting a stage near you.

To learn more about the Lotus Project, headÂ here.

To discover the rest of BrisAsia, head here.