Letâ€™s face it, weâ€™ve all been there, a victimÂ of the vast digital labyrinth that is Youtube.

The thought, what is so interesting about this cat? has run through my mind more than once.

OK GOâ€™s treadmills, PSYâ€™s suit and Mileyâ€™s balls, you have seen them all whether you liked it or not.

Each of those videos above receiving over 18 million views each, no small feat in the age of the viral video.

Yet, through all this visual consumption some truly awesome videos tend to get missed.

Below are some of this years best music videos, who surprisingly remain under the 1 million view mark. 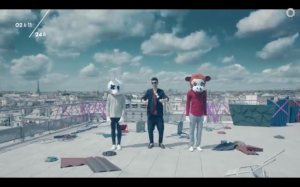 This is a video of pure sweaty endurance. Filming for a 24 hours straight, Dan Black becomes his own Wallace and Grommet inspired stop animation figure.

Timed with the most accurate detail Danâ€™s lips sync with the music while you watch as the day passes behind him.

Kelis appears animated on a card, which has been pre-printed and incorporated into the piece.

To truly appreciate this incredibly intricate, and what looks to be frustrating video, definitely check out the ‘Making Of’ clip.

2. Hozier: Take Me To Church

One of the most beautiful and emotional music videosÂ of the year. Hozier presents a modern day love story with a dark twist.

The deep blues vocals of Irish singer Hozier tie in perfectly with the narrative.Â Haunting cinematography in delicate black and white.

Views continue to climb by the day cracking theÂ Irish charts this week. 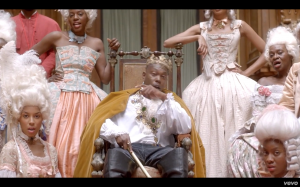 Dizzee is lord of the manorÂ in this period themed video.Â  Playing chess, sitting on a throne andÂ going aboutÂ his usual kingly duties.

Yes it is Dizzee Rascal and yes it doesnâ€™t look too special at first glance but please look again. Apart from the juxtaposition of time vs tune, itâ€™s the seamless looping within each frame video that makes it so amazing.

Allegedly a first attempt at animation by Correspondentâ€™s lead singer, Mr Bruce who was bed ridden with a broken foot.

Well Measured Vice contains a total of 2,304 hand drawn frames. Created over a three month period this music video includes a touch of cartoon bondage and a stewed skull.

Warning: This will get stuck in your head. 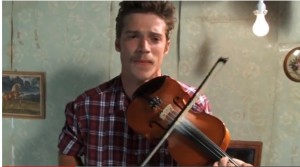 5. Whiskey Shivers: Give Me All Your Loving

Look, I want to start with and apology. Itâ€™s disturbingly mesmerizing and an all together creepy folk song.

The basic plot is this:Â  the song is played by a one man band. Yet the man in that band is what I can only describe as the love child of a young Jed Clampett and a centipede. Who might I add, has a glorious moustache.

There are hands, there are banjos and there is an alarming ending, you have been warned.

Cheap eats for the week!