#MusicforMateship: Call for Musicians to Play your Part on Anzac Day 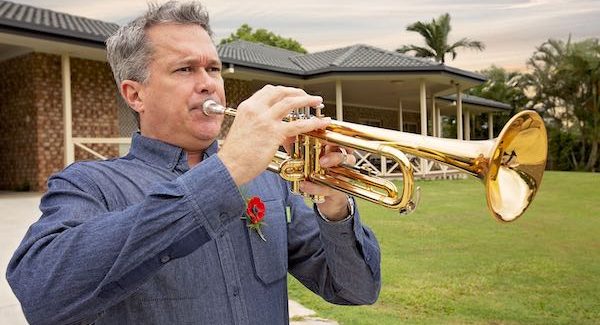 Musicians across Australia and New Zealand are banding together to perform the Last Post on their driveways at 6am on Anzac Day, April 25, with #MusicforMateship.

With COVID-19 cancelling Anzac Day services, this is a chance to bring the community together and commemorate the day.

Brisbane-based multi-skillset creative and music teacher, Alastair Tomkins, is behind the #MusicforMateship initiative.

“Observing the minute’s silence is normally bookended by the Last Post and then the Reveille trumpet call.

I thought, that’s something I can do in my own street and for my neighbours, play the beautiful sounds of the Last Post.

So, I know heaps of brass players, students, adults, professionals, and started to flick the idea around to a few of them, and the response was great.” 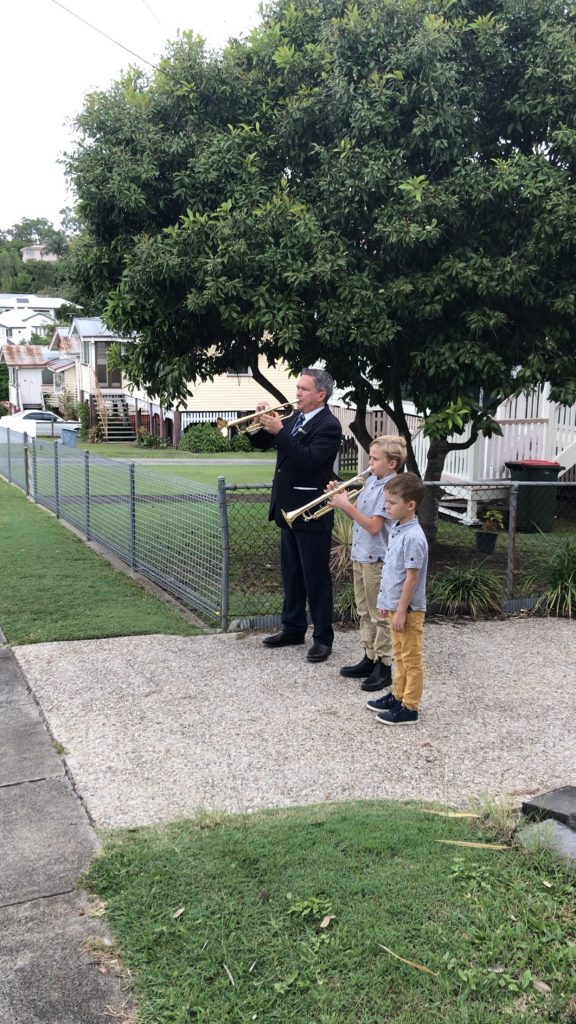 “So, I organised social media to give the idea some profile and help it cut through into the general population, which is what it seems to be doing.

It’s going from strength to strength. Having James Morrison come on board, as someone who can endorse it and promote it has been a huge boost as well.”

“We’re expecting at least a quarter of a million, and that’s going to ramp up leading to Anzac Day.

I’m expecting maybe hundreds, if not thousands of musicians, in the cities, in the country towns, in the suburbs, playing the Last Post.

Majority of these will be brass instruments, but there will also be saxophones, violins, and a range of other instruments.”

We don’t have to mix, we can still observe social distancing, and I can play trumpet in the courtyard outside.

I think that would bring a lot of comfort to the elderly people in those aged care facilities.

Sheet music, a letter to your neighbours, and videos are available on the Music for Mateship website for all musicians wishing to get involved.

So jump online and start practising.

What: Anzac Day Last Post, Minute’s Silence and Reveille
When: Anzac Day, April 25, 6am
Where: Your driveway/ front yard/ backyard
Who: You! Anyone who can play a brass/woodwind or even string instrument

Dress kind with For All Studio