It was 10:00am and, clad in black with my most rock â€˜nâ€™ roll lightning bolt boots on, I sat in my favourite Louis XVI style chair waiting for the frontman of Australian rock band Grinspoon to call.

I am not normally one to be waiting by the telephone, however it took four takes for our schedules to align. Or shall I say Phil Jamiesonâ€™s â€“ I am perhaps not quite as busy as a famous rock star.

At 6:58pm my mobile phone rang and Jamieson was on the other end. He was two minutes early and was completely down to earth and as chirpy as anything. â€˜What a cool guy,â€™ I thought. He had brought his great sense of humour to a phone call that could have easily have been dreaded after a busyÂ day of work.

Jamieson had just left rehearsals forÂ The White AlbumÂ which he will be performing with Australian rock â€˜nâ€™ roll showmen Chris Cheney ofÂ The Living End, Tim Rogers ofÂ You Am IÂ andÂ ARIA award winnerÂ Josh Pyke this weekend in Brisbane. With an Australian and Dolly Parton influence (according to Jamieson),Â The White AlbumÂ will relive 30 of the Beatles’ mostÂ legendary songs from the classic self-titled double album live on stage.

â€œHow are your rehearsals going?â€ I asked the legendary musician who had spent the afternoon preparing for the weekend.

He laughed nervously and said, â€œThey were interesting today.â€

It had been five years since Jamieson had sung some of the songs for The White Album. â€œIt is a little bit annoying when you donâ€™t remember the words,â€ he admitted with complete honesty. However Jamieson said he could not be more honoured and excited, not only to be part of The White Album, but also to perform with close friends.

â€œIt was really exciting today to get together with the band and hear what they have been doing and to listen to the charts and listen to the great musicians that are a part of this orchestra,” he said. 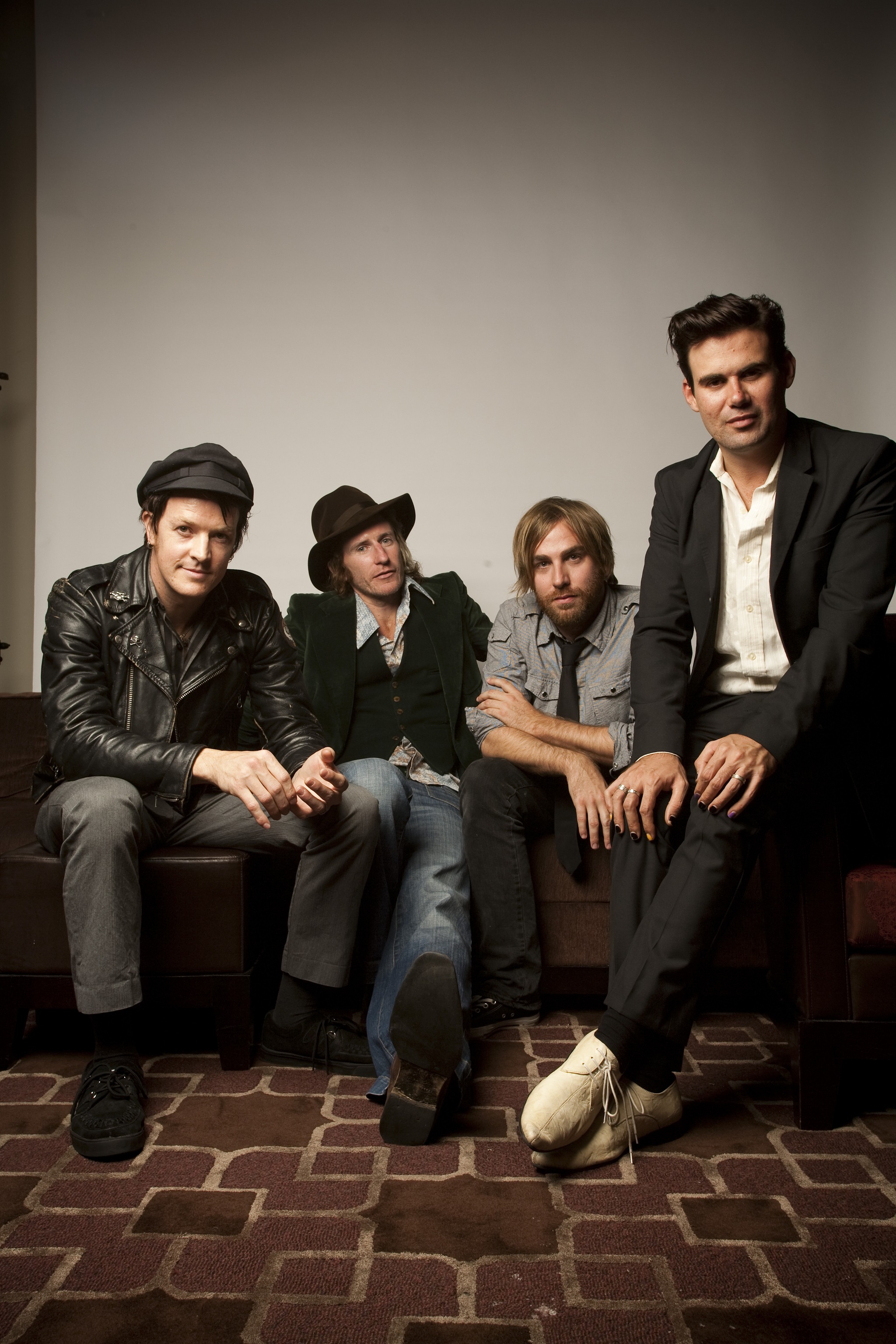 While Jamieson was invited to join the group in 2009, it was his mates Cheney and Rogers who encouraged him to join in on this show that replaces his usual smoke machines and strobe lighting with the centre stage of a theatre.

In addition to being able to learn a lot from his mates, he said to me, â€œwell if theyâ€™re going to do it iâ€™m going to do it.â€

There is something about not wanting to miss out on opportunities in life. For Jamieson, this is true with more than just music. Jamieson, Cheney and Rogers have been great mates for a while and one day they marked the friendship with ink. â€œFive years ago we all got tattoos. It hurt and i’m never going to get aÂ tattoo again,â€ Jamieson said with a sense of pain in his voice. This is easy to understand considering Jamieson was the only one who had never been under the needle before.

At this point we were half way through our phone conversation and I was starting to realise that Jamieson is a pretty laid back kind of guy with a wild laugh and wonderful sense of humour. He had a way of ending a serious response with something a little more comic and amusing.

â€œWhen performing in front of a live audience, are there any rituals you like to take before getting out there onto the stage?,â€ I probed with Grinspoon and The White Album in mind.

â€œI like to do downward dog. I like to do yoga. I do a bit of pacing. I do a bit of meditation,â€ he answered. Despite being on the phone, I nodded at the idea of this until he suddenly blurted, â€œI smoke about three thousand cigarettes and drink a bottle of whisky. I do all of that and then I go on stage.â€ His ending was comic and he sure did have me fooled until I heard his rowdy laugh on the other end of the line. (To clarify, this was one of those joke.)

Jamieson is just that kind of guy. He is a passionate and energetic rock star on the stage yetÂ also a Â huge fan of watching Seinfeld and Friends in his own home.

â€œThey are on at the same time on Seven Mate and Go, on about 6:30pm on TV,â€ he said for those who want to watch along with him!

While my eleven-minute phone call ended with a â€œCheers buddyâ€ from Jamieson, everyone else out there can still claim some time with him in Brisbane as he rocks out live on stage this weekend for The White Album with good mates Cheney, Rogers and Pyke.

What: The White Album

Support The Scouts With a Little Variety