MZAZA takes us on a journey through the cosmos with their 3rd studio album and theatrical show The Birth and Death of Stars, inspired by astronomy, philosophy and history.

We had a chat with Pauline Maudy on their album and upcoming show which features Pauline on vocals, Greta Kelly on violin, Malindi Morris on percussion, Ricardo Bona on accordion, John Robertson on guitar and Goran Gajic on double bass.

The Birth and Death of Stars sits between music and theatre, and is a creative collaboration featuring director Benjamin Knapton, Finnish animator Laura Matikainen and writer Pauline Maudy. Following a sold-out premiere at Brisbane Festival last year, the show is back in Brisbane at the Powerhouse on February 6th.

Pauline said the production combines live music, visual projections, lighting and staging elements to create a “universe where we could take our audience away and to bring our music to life visually.” The music weaves together many different cultural influences, Pauline said, which is “typical of our style, new compositions or originals, and a reflection on humanity, through mythology and astronomy.” Pauline said they worked with many creative collaborators, “we had a wonderful team, which shows that it’s the culmination of all those creative minds and years of creative work.” 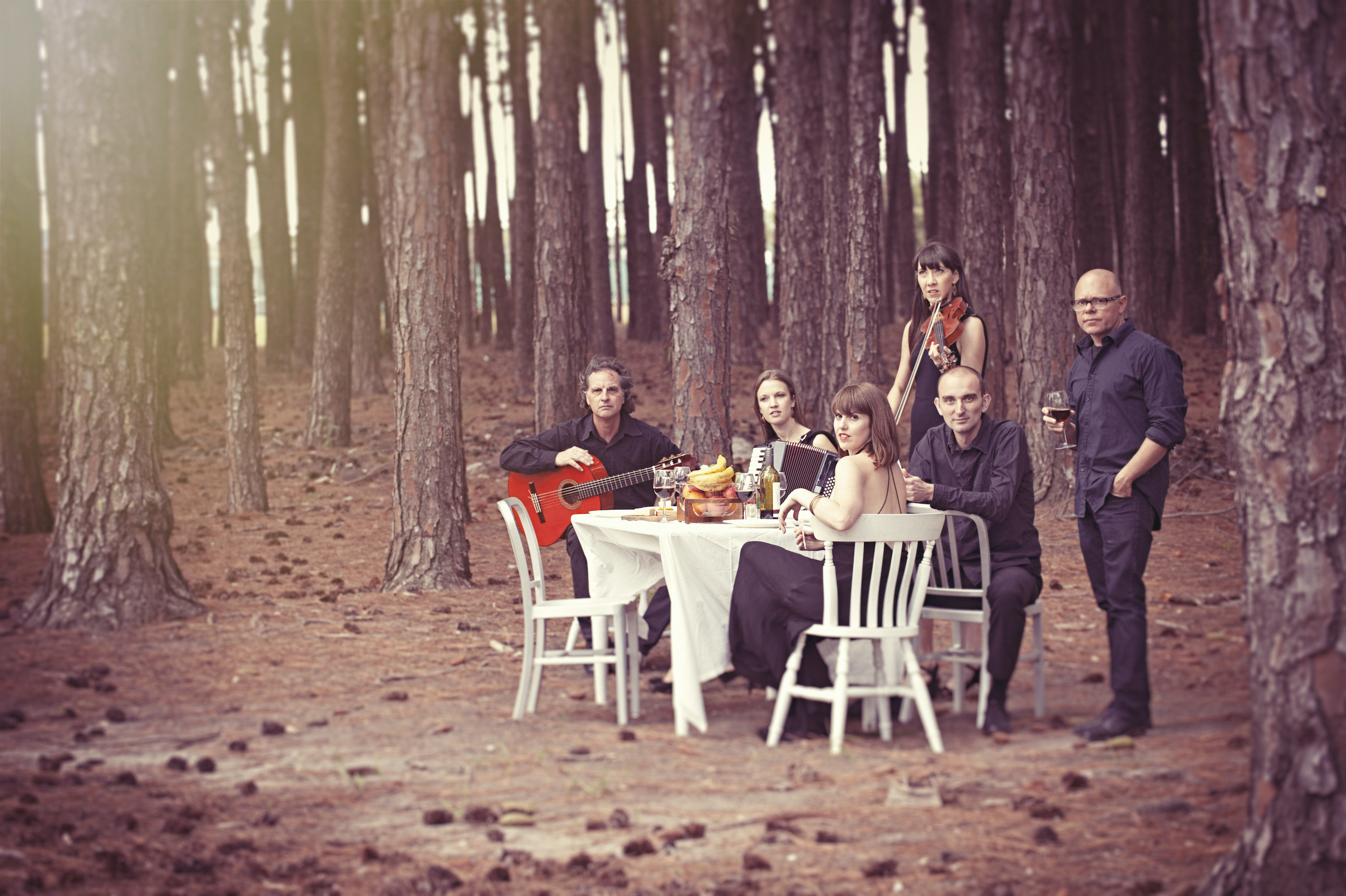 Audiences can expect a unique show. Pauline said, “I don’t think that anyone would find a show that resembles our show with our different musical influences and the way we communicate on the stage elsewhere.” Pauline said, “we take people on a journey away from their everyday lives and create an experience… For some people, it encourages reflection on humanity, but in a way that’s engaging and uplifting as well as being poignant and inspirational.”

MZAZA walks an interesting line between many genres and cultural influences. We asked Pauline what inspires her as a composer of folk music. “I’m very melody-driven and also often it’s about reflections and emotions. I’ve always been versatile, I haven’t been scared of experimenting with different genres, that’s the way that I’ve learnt a lot as a musician.” Pauline enjoys singing in multiple languages, because “they feel completely different, in terms of how you say them and even what parts of your mouth you use, so the sonic quality of that is really great.” 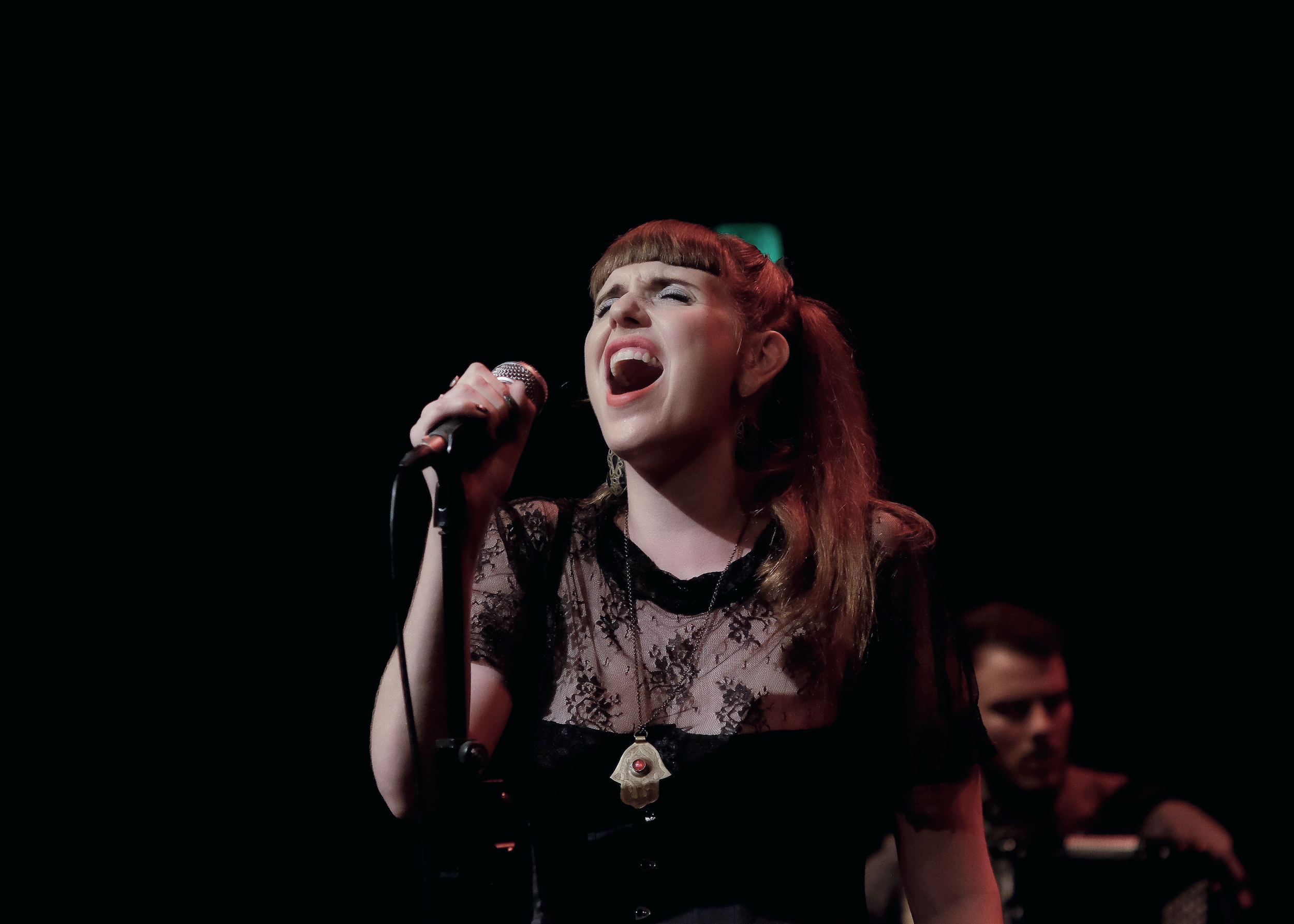 Next, we dove into the backstory behind MZAZA. Pauline grew up in France and migrated to Australia as a teenager. She said, “I grew up in Paris in a very culturally diverse place, where there were different music genres, cultures mixed up together.” In Brisbane, she started jamming and was invited to the Valley Fiesta. “They approached me, but I didn’t have my own band or songs yet, so I told them to wait 24 hours.” Pauline approached cafe owners in West End and left her phone number, asking for people who had “connections to the cultures I had grown up around, so anything from North African to Spanish to French music.” Forming a band overnight sounds unlikely, but “Greta, who still plays violin today, and is a really important part of the ensemble, walked past half an hour later and have me a call. So the rest is history!”

To close, we asked what else MZAZA has planned for 2021. Pauline said they are hoping to tour The Birth and Death of Stars interstate. Pauline said, “We have been planning to do a tour to fire-affected communities in Victoria and New South Wales. When the bushfires happened, we were on tour in New South Wales and we saw firsthand how tough that was for people and the devastation. The property of our violinist was also affected so we literally saw the fire and we wanted to give back. We’ve been planning this tour which would involve us taking our music and workshop program to communities.” For now, their focus is local. “We’re definitely very grateful that we’ve been able to connect with local communities really deeply and that’s a continuation of work we’ve been doing for years. We intend to keep working locally as much as we can.”

Don’t miss MZAZA’s The Birth and Death of Stars at Brisbane Powerhouse on 6th February. 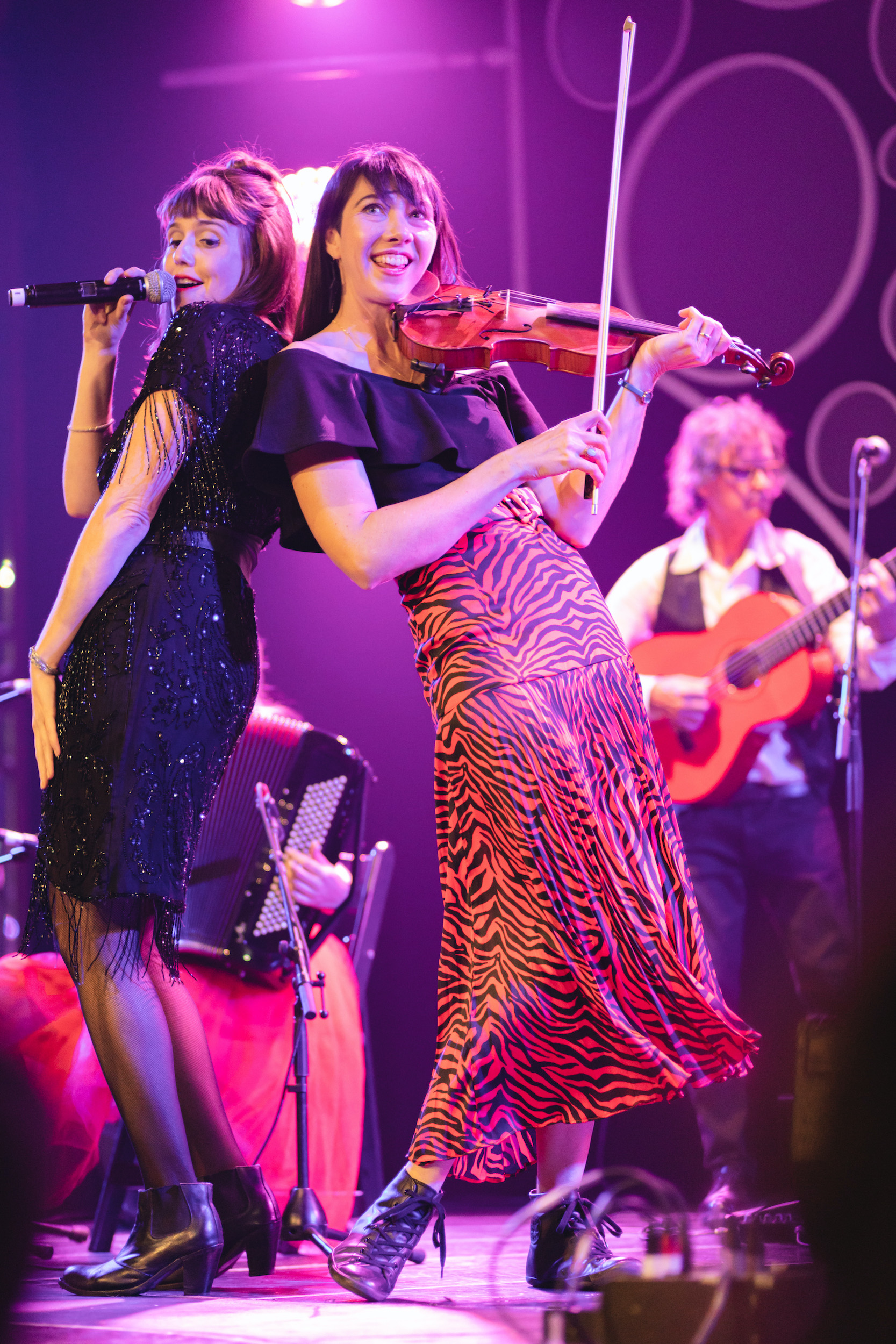 The Details:
What: MZAZA performs The Brith and Death of Stars
When: Sat 6 Feb 7:30pm
Where: Brisbane Powerhouse
How much: $45
Tickets: Here

From the Ashes a Fire Shall be Woken: IMA’s Tim Riley Walsh