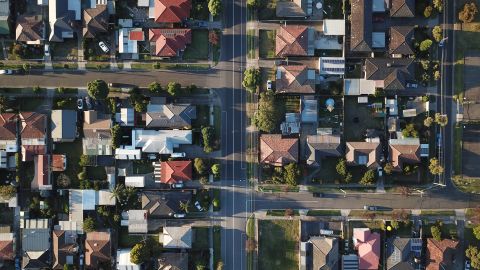 Getting to know your neighbours takes new form with Open Homes presented by La Boite, Backbone, and Jeffrey Tan. From 25 October to 1 November, Brisbanites are welcoming audiences into their homes for authentic storytelling and genuine connection.

La Boite is known as Australia’s oldest, boldest theatre and with an impressive history starting in 1925, CEO and Artistic Director Todd MacDonald explains that the company is quite unique.

“We’ve always championed new work and always had really strong leadership that’s passionate about new voices and Australian voices and giving audience experiences that are not the norm,” he said. “There’s a big trend in performance-making, nationally and internationally, where works are moving out of the big theatres and into site-specific areas or delving more deeply into community and we are constantly wanting to make sure we are doing the most contemporary kind of work possible.”

MacDonald saw Open Homes at Singapore Festival and felt it could be an interesting way for La Boite to help connect Brisbane communities more intimately.

The creator and principal artist for the work, Jeffrey Tan from Singapore built an extensive process to combine theatre-making with the stories of Brisbane locals – a process MacDonald found to be incredibly rewarding for everyone involved.

“Jeffrey Tan has a very clear and defined process that we follow that he’s been developing over a number of years. He’s done the project twice in Singapore now,” said MacDonald. “It’s great to be able to have his experience to guide us.”

Seven facilitators or you could call them directors were chosen from La Boite staff for the project and Tan trained with them for a couple of days, discussing the project, the spirit of the project, the way to work with non-performers, and how to develop a rapport with the storytellers. 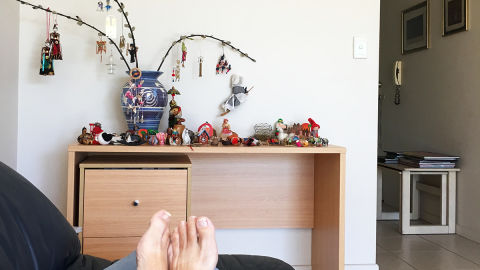 Keep in mind, these are your neighbours – not actors. But Tan’s structure keeps everything flowing with a six-month rehearsal process where facilitators meet with the storytellers once a month for three-hour sessions.

“Over that period of time, it’s not just about learning a script or writing a script and then performing it. It’s about building trust, getting to know each other, and finding out what’s important to each other,” said MacDonald. “Specifically [it’s about] us finding out what’s important to the storyteller and the home. Just guiding a process where we build their confidence and build a structure to create a 30- to 35-minute performance or story.”

It’s the facilitator’s job to make sure the stories are interesting for the audience without compromising or forcing the storyteller to do something they don’t want to do.

“It’s ultimately about safety,” MacDonald added. “That’s because there’s such an integrity to the process, audiences feel safe because the artists and storytellers feel safe.”

To find the storytellers, La Boite sent a call-out via their website, social media channels, through their networks and various community groups. However, in terms of the selection process, the Brisbanites and the homes that were chosen came down to people who knew people.

From there, the production team would make sure there was a good variety in the lineup. But, with only 15 homes in the project, it’s impossible to represent everyone. Still, Open Homes includes homes in different suburbs featuring different kinds of people: Renters and homeowners, couples, families, singles, sharehouses, Queenslanders and apartment buildings.

“Jeffery is so vital because he curates the experience. He would look through to make sure we had a good diversity of homes in different areas but also different types of stories from different types of people so that we’ve got a fairly broad cross-section of the community,” said MacDonald.

“It’s really important that you see at least two or three of them to really appreciate the generosity. But also to get a great sense of, ‘Oh wow, we do live in such a diverse city [and] everyone’s so interesting.’ 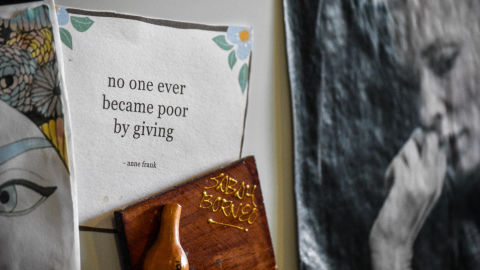 MacDonald is the facilitator for two of the homes, Looking for a Home by Abdul Ibrahimi and ManCave by Gerald Keaney and laughs about how the two couldn’t be more opposite.

Looking for a Home welcomes you into an experimental social housing project on Hope Street called Common Ground where low socioeconomic, long-term homeless, and young entrepreneurial tenants are mixed in together.

“Abdul’s been there for six years and he tells his story about who he is and what are the influences in his life that helped him stay anchored,” said MacDonald. “He’s gone through a lot, traveling from overseas and coming over here. [He shares] his response to Brisbane as a newly arrived person in this country and watching Brisbane grow as he’s lived there – it’s a beautiful reflection on that. And [he talks] about cooking and what food and family mean to him. It’s really beautiful.”

And then there’s Mancave.

“Gerald is an anarchist, he has his PhD in philosophy, he’s a punk, he lives under a house in East Brisbane, and believes in DIY and punk philosophy and how these things interconnect to be sustainable and how to have win-win-win situations.” said MacDonald.

“He’s really keen on completely unplugging, he’s got solar power outside and fixes bikes. He doesn’t really have a full-time job, he lectures and does little bits and pieces here and there but he’s really sceptical of the establishment and he lives his philosophy. And it’s really incredible and you go, ‘Wow, I don’t know that I’d ever really chat with you on the street.’ 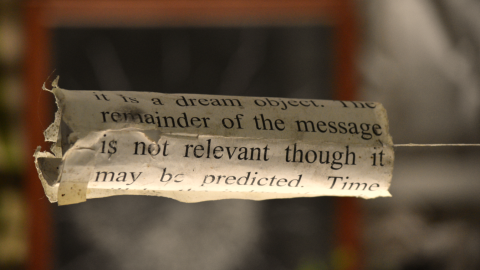 The participants agree that Open Homes has been an incredible experience in many ways. Everyone has made great friends through the project, holding BBQs together and building their own little community thanks to the production. Keaney even tells MacDonald that it’s been therapeutic for him.

“Sometimes you might experience a work that feels like it might be exploiting the participants. But this has got such a long process. Everyone feels very generous because they feel safe because of Jeffrey Tan’s process and because of the rapport that they’ve built up with their facilitator,” said MacDonald.

“So even though they sit independently in their own little bubbles, the whole project has been managed quite beautifully. Our Creative Producer Sanja Simic connects all of the homes, makes sure everyone is well. [She] and Jeffrey really look after it. And our production partner Backbone Theatre, they also have contributing producers who look after the well-being of people connected to it.”

La Boite continues to offer support for the Brisbane community with an artist residency program, development of work through their HWY program, workshops, and other things to interconnect within the sector, but MacDonald agrees that, considering the state of the arts in Brisbane and Queensland, the sector is losing artists who move down south and what La Boite offers is not enough for them to stay around.

“I know there’s a bit of criticism about La Boite needing to do more of that and I think it’s time for us to sit down with the sector and respond to that and really listen. It’s really important that we do that,” said MacDonald.

“It’s time for us all to get together and make sure we understand what offerings we’re putting out there for artists and also then to consult with the sector as well. So I think a big sector consultation is imminent and very necessary very soon so that we can all discuss it and work out what to celebrate, work out where the gaps are, try and find out what we can pitch the government.” 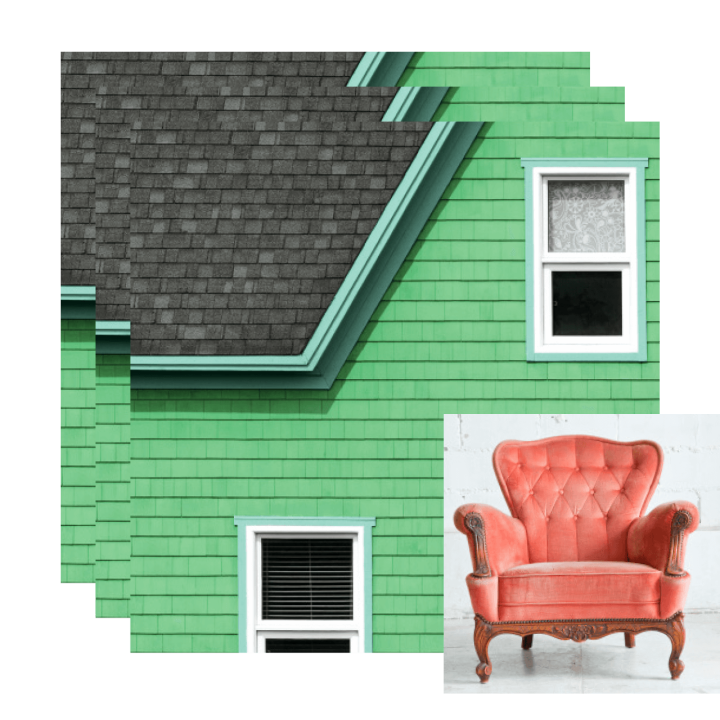 “It’s just a different kind of appetite for that kind of experience. So at La Boite we’re very much wanting to now look at placemaking in our theatre and what are the other opportunities in and around our bar and our neighbours and our other stakeholders like the University and our physical location and having music and having other things going on that creates experiences and hubs.”

For that reason, Open Homes fits well with La Boite’s vision for the future in doing their part to help foster a robust arts sector that looks out for Brisbane’s emerging artists and offers performances that Brisbane locals might find more appealing.

“I think for me, we should be engaging in this kind of work as a theatre company because it’s about stories. And it’s about engaging with the idea that the arts and art and theatre-making and writing and storytelling is really important human function that actually connects us as a community and it builds empathy, it builds respect, allows us to think and imagine what it’s like to live in someone else’s shoes for a minute. And I think that’s a hugely important thing for our communities to really understand how we live, how we live together and I think that’s one of the beautiful things that theatre can offer,” said MacDonald.

Open Homes features 15 homes throughout Brisbane allowing for 16 audience members per show. Tickets are still available but be sure to grab them quickly as spots are likely to full up.

“I’ve seen about eight or nine of them now and they just look great. They’re just so beautiful – they’re so moving, funny, and it’s just such a privilege,” MacDonald said. “You walk away feeling great because someone’s really generously welcomed you into their home and explained a whole lot about themselves, too.”

What: Open Homes by Jeffrey Tan, presented by La Boite and Backbone

Where: Various homes classified as North Brisbane and South Brisbane. Audiences are escorted to the homes from a meeting point.

Waking up to a Bran Nue Dae