New Kid on the Block: Talking Film with Joshua Ochoa

Fresh out of Griffith Film School, Joshua Ochoa has dived into the short filmmaking scene, having just finished Our Best Selves, heâ€™s wanting to get into the festival circuit.

Joshua, who happily describes himself as part nerd/part pretentious, as a filmmaker, sat down with The Creative Issue to talk about film and some of his projects.

Our Best Selves is the first of four short films Joshua aims to have complete by the end of this year.

â€œOur Best Selves is about a young couple that is dealing with marital issues after a miscarriage. So stuff I have no experience in at all, but I thought that would be a nice challenge, to do something I donâ€™t really know about.”

Work began on the script in August last year, however, it was the location that inspired the final product.

â€œWe had the location first, which is a friendâ€™s propertyâ€¦ I remember being there and it was really quiet and peaceful and I found something unnerving about that, so I tried to find a story that fit that feeling.â€

Joshua, who also directed and co-produced the short film, says it feels good to finally have it complete. 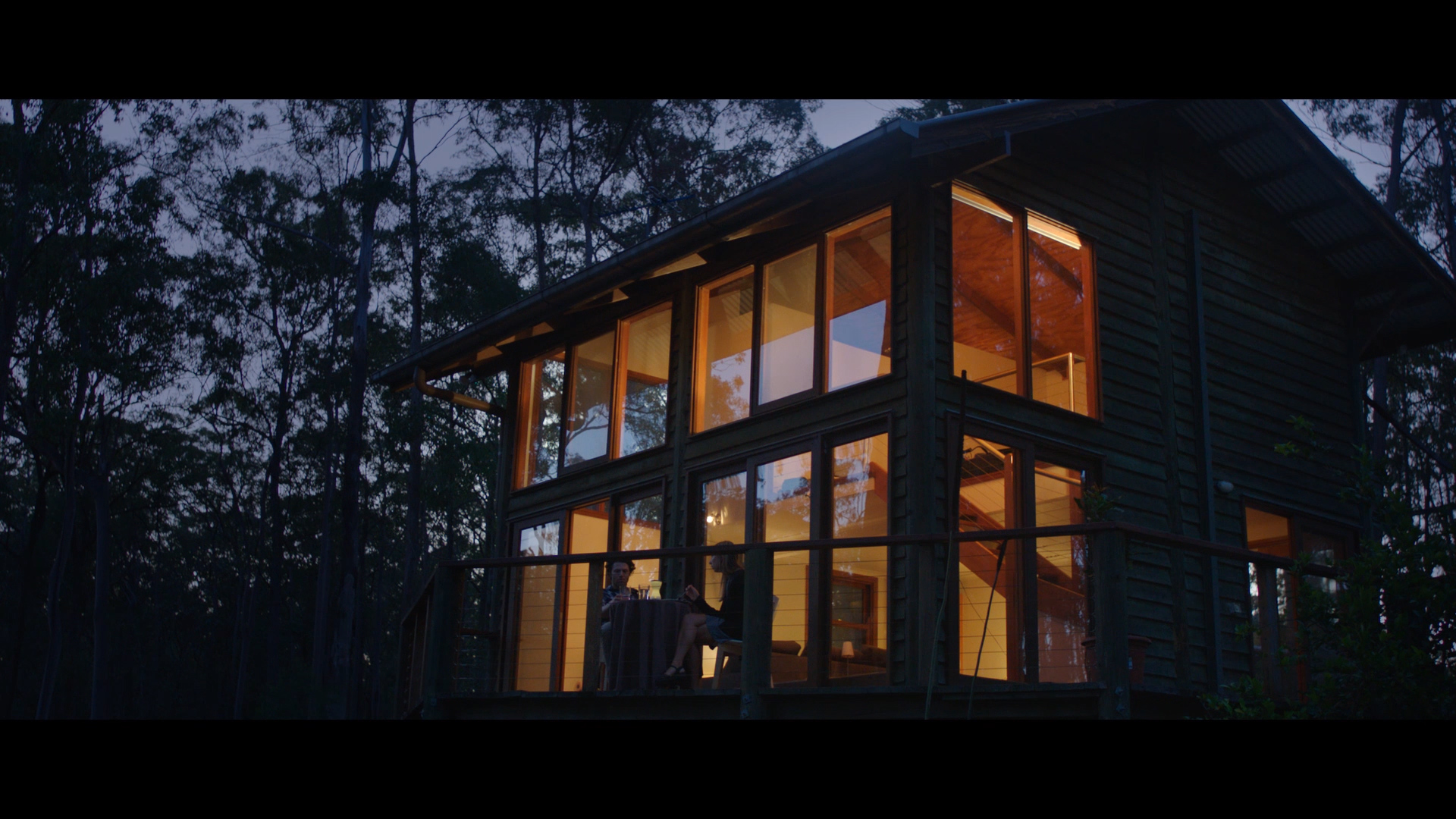 â€œWe only finished Our Best Selves a week or two ago, so right now weâ€™ve only submitted to Sundance and Heart of Goldâ€¦Sundance is obviously famous and we probably wonâ€™t get in but I was like: â€˜Why not? Maybe we might get luckyâ€™.Â I think we want to try South by Southwest and Flickerfest, which is a big Australian one, so if we got into that it would be a big deal. I know if you win something at Flickerfest then you can start applying for grants with Screen Australia and stuff, then we can do bigger things. Most of our stuff is really small budget.

â€œFor the grants to really do what we want to do, you need to get into bigger festivals, so that they know that we have some clout. Because right now itâ€™s kind of just like: new kid on the block.â€

Another short film Joshua has been working on entitledÂ Alex, is yet to be completed, however, he assures us it’s not too far away.

â€œAlex, which is the first one we shot, is kind of like, a Sci-fi/coming-of-age film about a young guy who wanted to be an astronaut, but because NASA is not sending anybody to space any more, he wasnâ€™t able to.Â So he works in an office and looks at this conspiracy website and through that he gets in contact with aliens. Itâ€™s kind of a mixture of Steven Spielberg and John Carpenter- style wise.Â So it has a bit of campiness to it but overall I guess itâ€™s an inspiring kind of film.â€

AlexÂ was partially financed from crowd-funding website, Kick-starter, however these projects are largely financed byÂ Joshua and his producers. His other film projects includeÂ Laundry, which he describes as a â€œcute little dramedyâ€, and The Thin Man, which falls into the horror genre.Â With each project, Joshua likes to attempt something different. 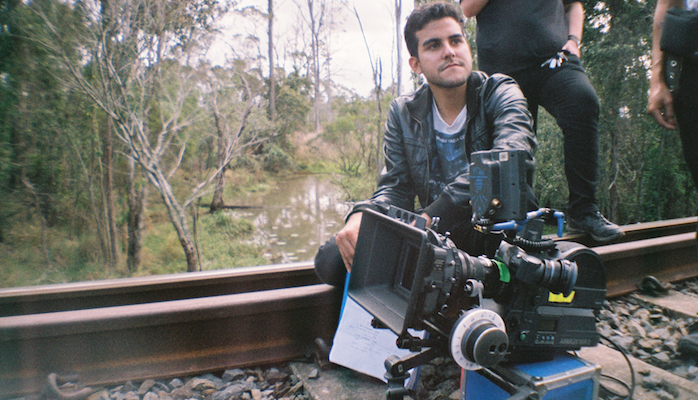 â€œWhat I think Iâ€™m good at is creating a feeling. Because thatâ€™s really how I communicate with people, I connect with them when we share feelings, whether itâ€™s good or bad.â€

Along with his short film pursuits, Joshua has been working on a web series entitledÂ Adult-Try, which currently has four episodes on YouTube and aims to continue releasing a new episode each fortnight.Â Each webisode runs under four minutes and Joshua says the web series is “just a ridiculous side of my comedy.”

â€œAdult-Try was taken from funny moments from a bigger web series I want to do â€“ which could be possible if we do find funding – but that series is more of a relatable kind of dramedyâ€¦Adult-Try is really just like, the really silly stuff that is relatable but in a really silly way.â€

But it hasnâ€™t been all fun and films since graduating from film school, Joshua says the challenge for him has been making connections.

â€œIâ€™m terrible at networking, in every single way… Thatâ€™s why I co-produce because my producers are usually better with people. I donâ€™t really feel like Iâ€™m in the industry that much at the moment- I havenâ€™t really done much paid work.â€ 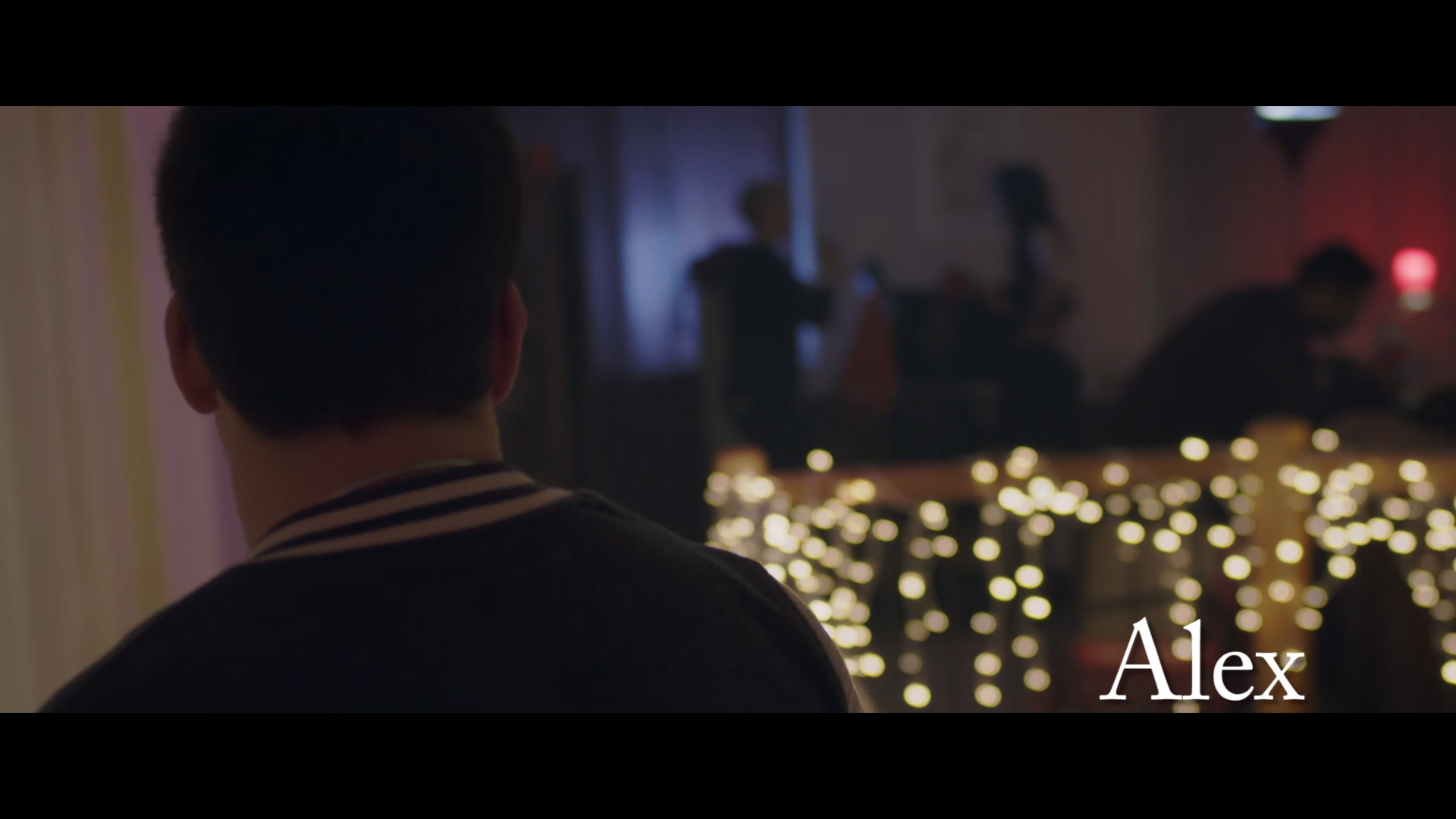 On immersing himself in the industry he says networking is key.

â€œItâ€™s just finding the right person to really appreciate what you do, that they want you on a set again, so itâ€™s hard to find that person.â€

Joshua says Brisbane is pretty good in the way of commercial and music video productions.

â€œBut as far as the film industry, I still donâ€™t feel I know enough about it. Likeâ€¦I just want to make movies but I donâ€™t know the business side of it, which is kind of whatâ€™s hindering me at the moment.â€

Once all four of his film projects are completed, Joshua hopes to organise a screening of them at a cinema.

You can watch Joshua’s webseries,Â Adult-Try,Â hereÂ and you can keep up to date on the progress of his films via facebook.Â