Walking past New Shanghaiâ€™s live dumpling making theatre, stepping off Queens Plazaâ€™s modern tiles, and onto the archaic cobblestone floor of New Shanghai, patrons are transported back in time to 1928 Shanghai.

Everything from the rustic wallpaper that replicates aged concrete walls to the traditional wooden â€˜lazy Susanâ€™ tables, screams pre-modern Shanghai. Red paper lanterns and bunting flags also hang from the ceiling to further add to the illusion that you are dining on a busy street in China. 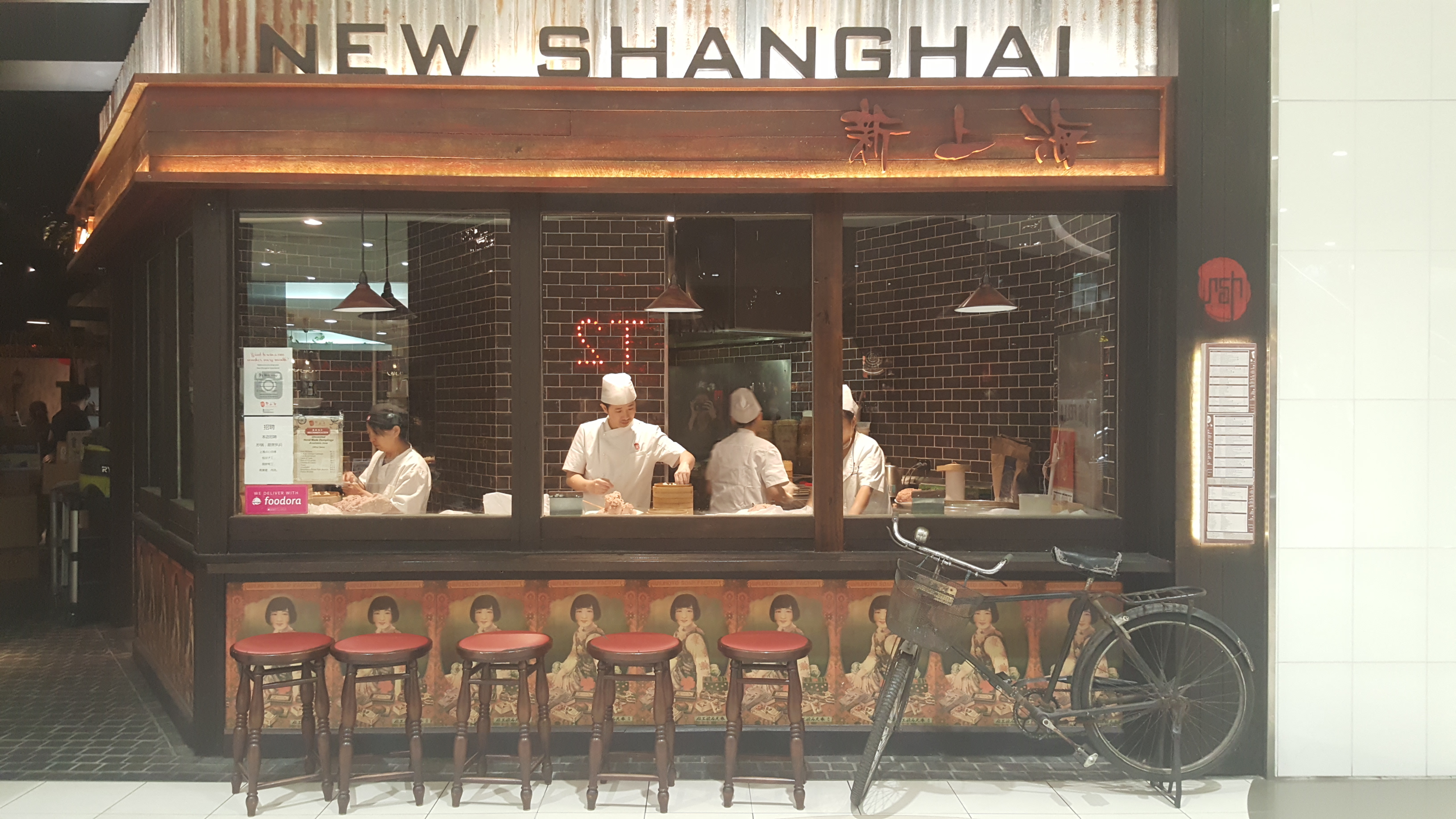 Unvarnished hospitality from the nimble wait staff ensured that our food arrived quickly. I must say agility might quite possibly be a job requirement at New Shanghai since the uneven authentic flooring paired with the scattering of tables and chairs can be tricky to manoeuvre, and yet the staff does so very efficiently.

My party of three was seated at a large round table that could have easily sat ten. At first, we felt a little self-important having all that space to ourselves; that was until other patrons joined our table. However, if you are familiar with other similar Asian restaurants then you would understand seating efficiency is part of the dining culture; bumping elbows with fellow diners and all. 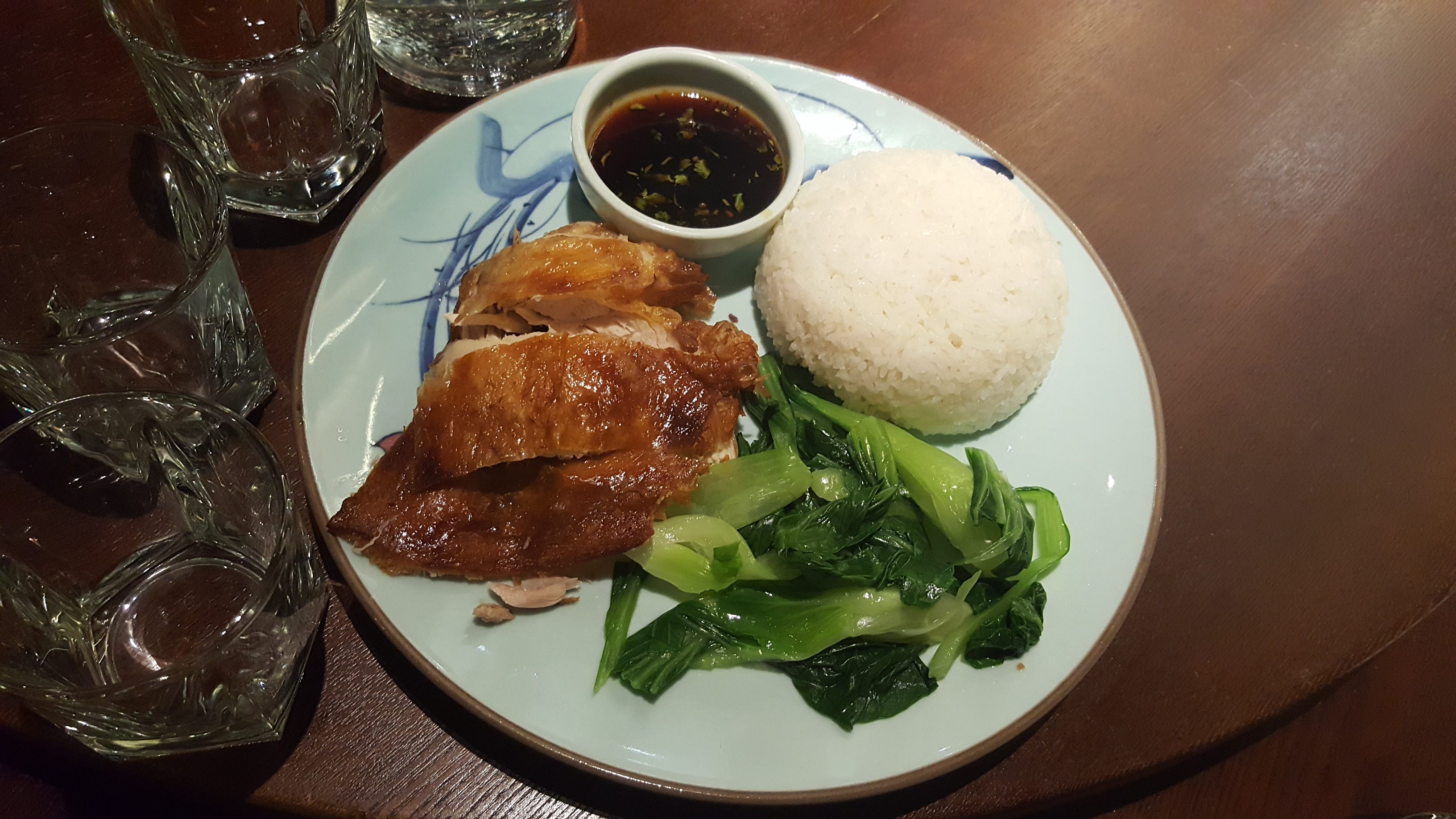 We ordered signature dishes such as the Xiao Long Bao (steamed pork dumplings); pork and chive dumplings; and others such as the shepherdâ€™s purse and pork wontons; chicken and sweet corn soup; crispy skin chicken with rice; and a lychee ice blend. Eating tip: to avoid burns your precious taste buds when eating the Xiao Long Bao, first poke a hole in the dumpling to allow the steam and soup to escape and cool before eating. Trust me, it would be a pity if you didnâ€™t have enough working taste buds to enjoy the rest of your modern Shanghai meal.

All three dumpling dishes were very tasty however the flavours of the shepherdâ€™s purse and pork wontons definitely overshadowed the other two dumpling dishes since their flavours were not as strong. The crispy skin chicken was just as it was named and became addictive when paired with the sweet soy sauce it came with. The chicken and sweet corn soup also made for a delightful starter. Finished off with a refreshing lychee ice blend, our bellies couldnâ€™t have been more satisfied. 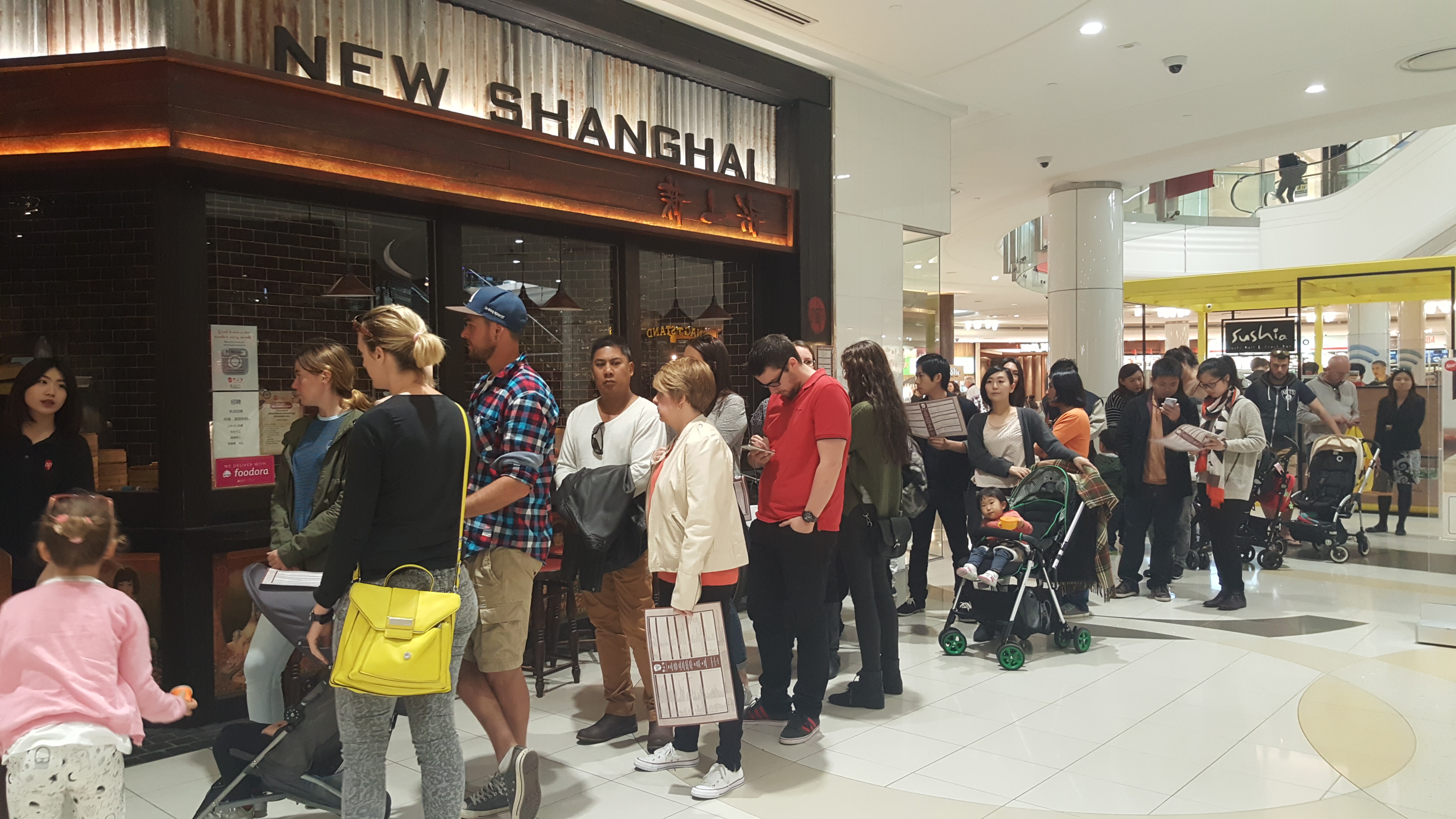 As we left, we were grateful for having arrived early and missing the Sunday lunch rush since a line had formed. From experience, the last queuer on the end could expect a wait of at least twenty-five minutes for a table; even with New Shanghaiâ€™s speedy service mind you. At least queuers can watch the live dumpling making theatre while they hungrily wait.

The Man Behind The Lens: Ivan Sen Speaks On ‘Goldstone’