In September, horror will arrive at Mount Cotton for a three day event of monsters, mazes and video nasties.Â

When you think of the most scariest places in Brisbane, Mount Cotton is the last thing you would ever associate with horror and terror, but in September for three days the Horror Movie Campout is going to put Mount Cotton on the map for something other then theirÂ wines.

The Horror Movie Campout is a three day event of horror movies, music and campingÂ that will excite the Jason Voorhees in all of us. Held at the Mount Cotton Sirromet Winery, the site will be turned straight into The Overlook Hotel, complete with a horror maze that may or may not include a Jack Nicholson impersonator to chase you down the long and mystical corridors. 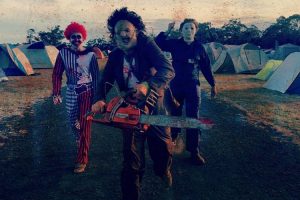 At this point, the full list of full length features have not yet been released. So far, the festival will be showing: The Witch (2016), Hayride (2013) and A Brother Conscience (2007). The Witch has already been covered by The Creative Issue here.Â The remaining films are lesser known horror films with promising synopses. HaysideÂ is the story of a college student returning to his hometown and wouldn’t you guess, a serial killer has returned to the town as well. Needless to say, Hayside is a slasher film – an old yet entertaining genre of freaky films.

Turning things up a bit, A Bothered ConscienceÂ is a psychological horror film based around the cruel and inhuman teachings of a father to his young son.Â Is the father correct in his teachings? Can the son as an adult accept how wrong his father was? Is the son insane? All will be revealed. 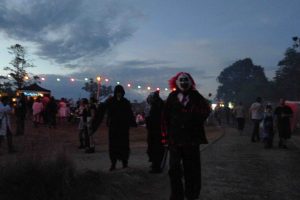 The Horror Movie Campout also features a wide array of musical acts from different horror related genres: horror punk, deathrock, gothabilly, and psychobilly – and yes, they are all real musical genres. This may be a little different to the usual Mount Cotton music festivals, but the horror themed music will create the titillating ambience one would expect from such an outrageous film festival.

For more information on the Horror Movie Campout, feel free to check out the officialÂ website that includes all the details, trailers and information about the event.