No Time Wasting With Columbus' New Song 'Out Of Time'

Rock trio Columbus have just released a new single for 2020. Following their 2019 release, ‘Can’t Hide From What Hurts’, the new track ‘Out of Time’ hits in a similar way with an important message hidden behind the upbeat rock tune.

The band formed in 2012, however up until 2019 when bassist Lauren Guerrera joined, Columbus was just made up of vocalist and guitarist Alex Moses and drummer Daniel Seymour. Since forming, the band have played at large festivals such as the legendary Soundwave festival (r.i.p) and UNIFY. We caught up with Alex ahead of release to have a chat about the latest track.

The Creative Issue: The lyrics in ‘Out of Time’ carry an important message, how would you describe what they mean?

Alex Moses: The lyrics in ‘Out of Time’ discuss that feeling of impending dread that we all experience. In confusing times like now, the weight of everything going on can really create a sense of immediate danger, albeit often only in our heads. ‘Out of Time’s message in that sense is primarily positive, the idea that you don’t have to ‘run out of time,’ if you don’t want to.

TCI: Your last album was in 2018, are ‘Out of Time’ and ‘Can’t Hide From What Hurts’ going to feature on a possible new album?

AM: To be entirely honest, Columbus has three members that all live in different states, and we aren’t allowed to fly anywhere right now (and shouldn’t be), so recording new songs is a tough one! There will be a new album however, but I’m not sure ‘Out of Time’ or ‘Can’t Hide From What Hurts’ will be on it.

TCI: Do you think what’s happening right now will give you some more writing inspiration?

AM: Pre-pandemic life could be hectic as it was, and amidst the current crisis I have definitely felt new things I haven’t really experienced before. Namely also, not being able to see friends, family etc. So I would say yes.

TCI: Since 2015, you guys have been releasing new music each year, what have you learnt about digital and physical releases in that time?

AM: Rock and roll ain’t noise pollution, rock and roll is just, rock and roll. But also, digital releasing allows quicker release time-frames than having to create physicals which is valuable. But there is something special about holding a vinyl in your hands! 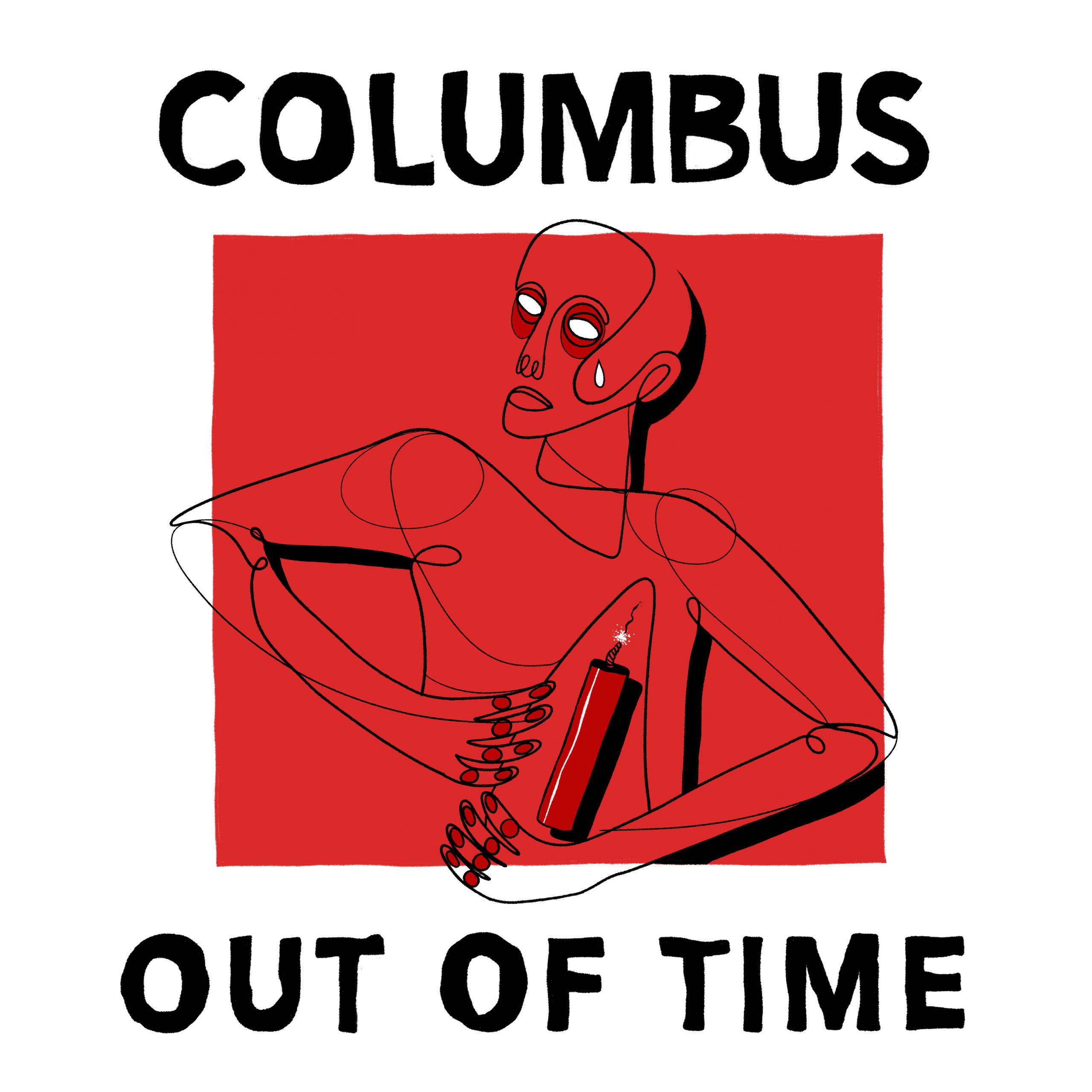 TCI: Compared to songs on your first EP Home Remedy, ‘Out of Time’ has a softer sound, what made you go in this direction with your music?

AM: Probably time, age and the evolution of my own music taste. (And cause I’m not overflowing with teenage angst). I was eighteen-nineteen when I was writing songs for Home Remedy. I’m 26 now, and while I still listen to punk/hardcore/emo music like I used to, I’ve grown a lot in that time – as most people would have!

TCI: Have any particular bands/artists influenced your sound over the years?

AM: So many. There’s so much great music in the world, and so much would subconsciously alter the way I want to write and play. I don’t know which artists have made that impact on Columbus specifically, but some bands that were instrumental in the development of my music interests over the past decade are; Blink 182, Turnover, Weezer, Worthwhile, Saves the Day and The Church.

TCI: What are the challenges and accomplishments you face within the music industry?

AM: For artists, challenges and accomplishments do not occur ‘within’ the ‘music industry.’ The true challenge is creating music you enjoy and love, and allowing yourself to feel that you are ‘good enough’ and worthy of being an artist, even if the music is not widely accepted by others, or doesn’t do well commercially. And the true accomplishment is having this realisation, and therefore being free of needing to ‘accomplish’ anything, but instead, creating music because you NEED to, because you love it.

Personally, I’m still working on this one.

TCI: Do you have any advice for musicians wanting to release music this year?

AM: I’m not sure I have advice but I have an opinion. Release music this year, but only release your best music. Don’t let any songs, lyrics, melodies or whatever make it onto a vinyl or online, until you know you’ve given it everything you have. Oh and have fun – that’s the most important part.

Stream ‘Out of Time’ here.