Review: It's not just about 'Rice'

Queensland Theatreâ€™s production of Rice is â€œan insightful story about the personal side of globalisation.â€
At least, thatâ€™s what the tagline says. In the epitome of simplicity, the play could be summed up in just one word: â€œLife.â€ Written by Michele Lee, Rice addresses several complex issues in modern Australia, from power and politics to migration and globalisation, with a heavy emphasis on gender roles in society. Combine these significant themes with a healthy dose of comedy and you have all the ingredients required to bake a production worthy of the Queensland Premierâ€™s Drama Award. (Which, by the way, Lee won.)

The witty play revolves around two central characters: Nisha, an Indian business prodigy and Australian rice company manager, and Yvette, a struggling cleaner and Chinese migrant. At first glance, the two multicultural women appear incompatible considering their dissimilar cultures, generations and statuses, but beneath the surface lies a powerful friendship. Director Lee Lewis stated that Rice flips â€œeffortlessly between the macro and the micro, the global and the local, the universal human truth and the recognisable specific detail of time or place.â€ 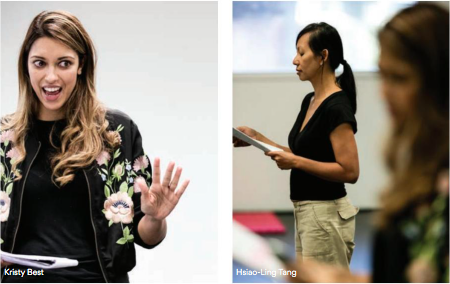 While the script may (at times) seem futile, the story of a rice company closing a deal with the Indian government blending into our fast-paced world of superfluous content creation, its simplicity only emphasises that every single day can be twisted into a gripping narrative. No matter how insignificant our daily toils may seem, there are intricate webs being weaved and relationships being formed as our interactions influence more than we realise.

Even more impressive than the piquant script and potent themes are the two talented actors adopting multiple roles within the show. Kristy Best (Nisha) sifts through a variety of characters, including a sassy daughter, Russian boss and quivering boy. On the other side of the stage, Hsiao-Ling Tang (Yvette) embodies Nishaâ€™s lousy boyfriend so effectively that the audience could plausibly believe thereâ€™s a third actor involved. The women rely heavily on manipulating their body language and voices to slip into their secondary characters, as Bestâ€™s Australian accent disappears in place of lilting Russian, while Tang squares her shoulders and thrusts her hips forward as she transforms into a powerful manly figure. 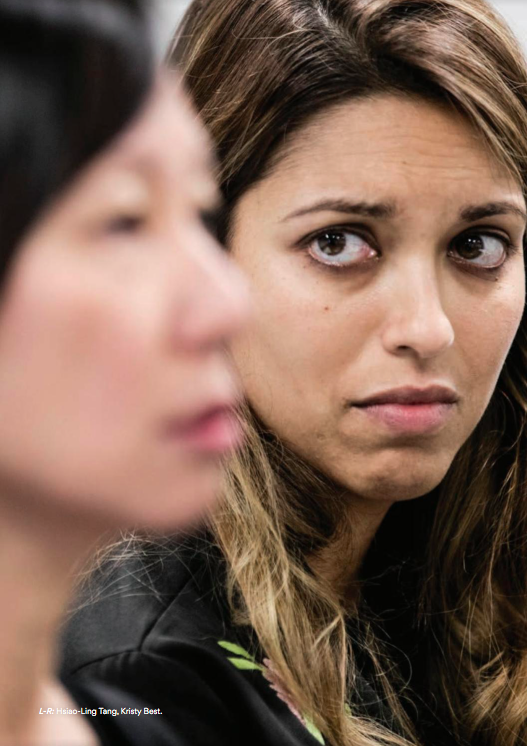 The subtle set and lack of props not only highlight the actorsâ€™ remarkable talent, however also forces the audience to suspend their disbelief. Without the aid of backdrops, costumes or a large cast, viewers are required to fill in the missing gaps and maintain high levels of engagement. Seamless transitions and sporadic, subtle narration by the actors help in signifying a change in character or scene, as audience recognise Best is speaking from India as ambient noise floods the theatre and the actor announces her location in a shattering of the fourth wall.

Above all, Rice is a transportive piece of theatre that splinters contemporary societyâ€™s perception of strangers.  Where judgements are made in split seconds, labels are addressed in minutes and assumptions are formed at a glance, Leeâ€™s play teaches audiences that nobody can be diminished to titles like Indian princess or Chinese cleaner.

“Ruddigore”: Opera, yes…But not as you know it…