Oh Harlow Talk Their QMA Nomination, Their Inspiration And More

After a busy three-set Woodford, folk/pop sister duo Oh Harlow are back on the Sunny Coast boasting a QMA nomination. They answered some of our burning questions about their nomination, what has inspired them, and what’s in store for their next chapter.

The Creative Issue: What does being nominated for QMA represent to you and your work?

Oh Harlow: Being in the industry for nearly five years now fully, we’ve realised no one really knows what they’re doing, we’re all just trying our best to create something we’re proud of. For us it represents an industry acknowledgement that our work is being recognised and to be among acts that we look up to is super exciting!

TCI: What was your reaction when you found out you were nominated for your award?

OH: When we found out we were nominated we popped a bottle open with the family and celebrated the nomination! To be a finalist is genuinely winning already to us.

TCI: What is your favourite part about being involved with Queensland’s music community?

OH: Our favourite part about being involved with Queensland’s music community would be the acceptance of all genres and stages of careers.

TCI: Can you describe the creative forces and inspirations behind your work?

OH: We wrote ‘Give It A Miss’ with local Brisbane writer Nolan Wynne and recorded/produced it with Andrew Cochrane from Red Engine Recording in Wynnum. We were feeling super inspired by a family folk/pop group called The Soorleys and wanted to write a feel-good fun country/pop song. 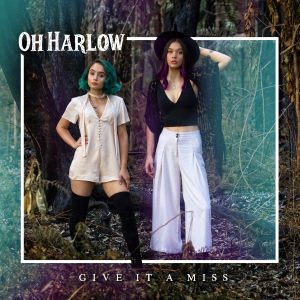 TCI: What are your plans looking forward to in the coming year?

OH: Announcing some dates and festivals soon! Fresh EP release, we’re keen to push that out as far and wide as we can.

TCI: Would you be open to working with another QMA nominee and if there is what about them and their work really grabs your attention?

OH: Definitely! Busby Marou has been a huge influence in our writing and their unique mix of genres in the roots world as well as contemporary.

TCI: What are your best tips for dealing with nerves when it comes to performing?

OH: Know your stuff! When we’re sure of what we’re doing, we relax and enjoy the performance rather than worrying about messing up. New things can be scary, but enjoying it is 100% key.

OH: Brisbane’s music scene is alive and growing! We have some great memories playing at Lefty’s Old Time Music Hall.

TCI: Given the Schools category at the QMA’s, What would be your best tip for young musicians?

OH: Get good! Your age shouldn’t stop you from building your career while at school, but sometimes there are times it can prevent involvement in events etc, so use that time to get good.

In addition to a QMA nomination, Oh Harlow have just released their exciting self-titled debut EP. Be sure to give it a listen, as I’m certain we’ll be hearing a lot more from the ambitious duo this year.