One shot wonders - how feature film Eight was made

Filmmaker Peter Blackburn adds to the excitement of creating film by challenging his entire crew to film a feature length movie in one shot.

In the filmmaking world, mistakes can often be hidden through carefully planned edits, camera positioning, or random cuts to objects while someone is speaking.

This allows people to understand the difficulties surrounding a 79-minute non-stop shot.

â€œI never doubted I could do it in one take,â€ reveals Peter Blackburn, director of upcoming feature film Eight.

â€œIn my head, it was extremely achievable. I think itâ€™s because [Iâ€™m] not a [director of photography.]â€

Sarah Prentice, played by Libby Munro, is a sufferer of OCD and agoraphobia who has never left her house in over two years.

Quite self-contained, Sarah wakes up one morning and tries to get out of the house.

The idea of filming a 79-minute long shot without cutting sounds rather exciting yet very challenging.

With this challenge and an amazing script, Peter and his two other producers, Caitlin Johnston and Graham Young, successfully sourced many eager Queensland filmmakers, including Christopher Cox who was the production designer for Secrets and Lies, to take part in the production.

One aspect of the film that is rather gobsmacking to learn is that of the make-up. 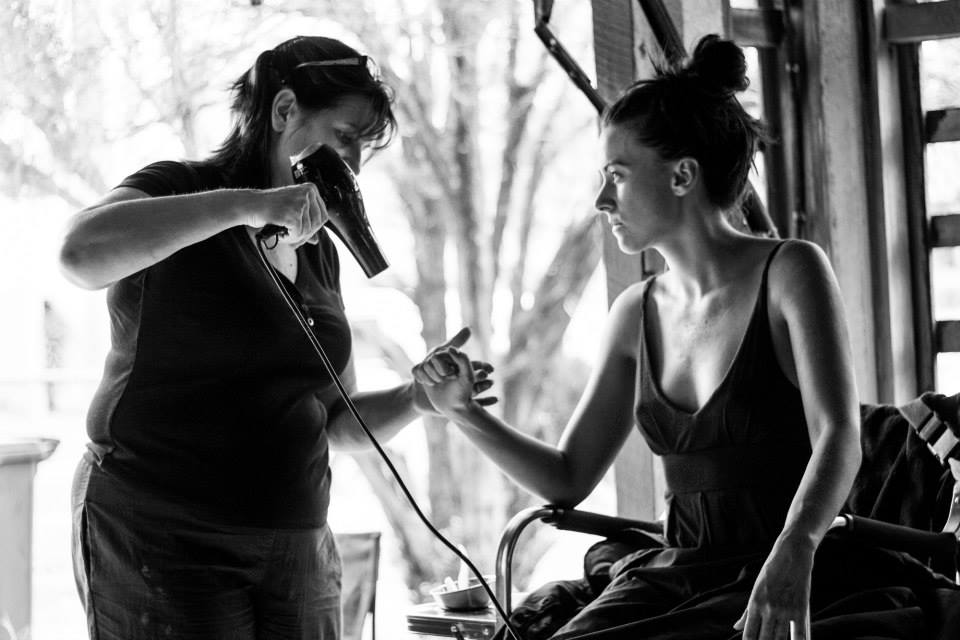 The process of putting on Sarah’s bodily make-up

Make-up artist Leonie Douglas not only had to create bodily marks required for the story â€“ and not only did they have to last a 79-minute take â€“ but they were also very water resistant, considering the amount of showers and scrubbing Sarah goes through in one take.

Alongside this, the crew had to relearn certain aspects of film production and weave it into a stage production process.

â€œIt had to be done like a stage production. We had to call it while it happened. We were all choreographed through,â€ explains Peter.

If Libby held an action longer than a previous take, the camera operator would have to hold longer; everyone would have to wait those extra few seconds.

Lighting changes had to be timed to specific moments in the script: when Libby reached a certain mark, a crew member would have to change a light or move an object out of the way of the camera.

Not only were crew roles handled differently, the actor also had to remain switched on throughout the entire take.

As a stage actor as well, Libby was the perfect actor to work with in this situation.

â€œThe great thing about Libby is that she takes things on board extremely well. You say to her – â€œyou know in the 4th shower, can you adjust yourself like this?â€ â€“ and she remembers that. Itâ€™s 40 minutes into it, and she remembers to adjust her direction at that point,â€ says Peter.

Fortunately there were three camera operators working the film, so no one had to commit to camera holding for the full 79 minutes.

Throughout the filming process, the camera gets passed between camera operators and the viewer would be none the wiser: there is no random jitter during the shot that youâ€™d assume one person filmed the whole thing.

While the overall piece sounds like a magnificent example of the talents in the Queensland film industry, Peter anticipates a more European audience.

â€œEuropean films would build very slowly into their process of the storytelling, and thatâ€™s the process we have taken to this; the fact that it builds quite slowly until a certain point, and then it picks up from there,â€ explains Peter.

Eight is currently finalising sound design and will be sent off for consideration at the Cannes Film Festival.