One A Week- Rachel Vosila Interview

â€œI had no idea that it would become what it did and that everyone would be interested so I recycled a lot of the timber just because I was poor. Well I wasnâ€™t poor, I just didnâ€™t want to spend all my money on timber.â€

You better sit down for this one.

Is it humanly possible to build 52 chairs in 52 weeks?

TheÂ answer is yes! And the girl behind the project is Rachel Vosila- a Sydney-based object and furniture designer. After graduating from COFA, she worked in multiple roles in the industry before stepping out on her own and establishing her studio in 2015.

Through her One A Week project Rachel has innovatively blurred the lines between art and design- showcasing 52 uniquely crafted chairs.

TCI: What was the inspiration behind this project?

RachelÂ Vosila:Â Iâ€™ve always been doing a lot of work for other people, working in retail and getting to understand the high-end side of the furniture industry. When that job fell through I wanted to come back to what I loved doing at university- making things and creating for myself. I used to watch lots of YouTube and follow numerous accounts on Instagram. I saw the consistency they have and how it was helping them to develop an audience that appreciated their work. I wondered how I could do something that was transferrable to my industry (furniture object design) and was a consistent burst of content.

My original thought was to make an object a week. However, the idea was quite broad and needed refining. I needed to set a challenge for myself that pushed an aesthetic idea.

TCI: Then you thought about the idea of chairs?

RV: Yes, chairs! As long as they support your weight, chairs can be utilised and redesigned in so many different ways. If youâ€™ve had too many drinks of an evening than the curb of a chair will support you. You will likely sit on a chair when viewing a valley from the top of a cliff. Simply put, I am trying to push the idea of what a chair can really be. 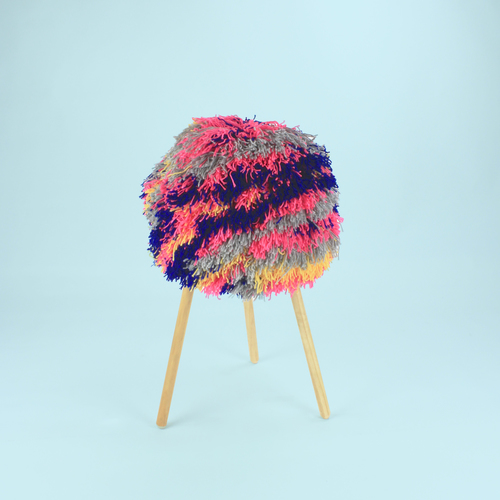 TCI: You have just returned from a trip to Milan showcasing theÂ pieces at Salone de Mobile. What was that experience like for you?

RV: The whole experience was really eye opening. The Australian design industry is massive. However, the kind of work we do for furniture is very consistent and similar. Thatâ€™s what they wanted to show over in Europe, in particular Milan. This show has been running for a long time but they have never had an Australian exhibition. It was lovely to be invited to showcase what Australia represents in terms of furniture design. Over in Europe they have always had a specific well established design for a long time and it is really accepted in the community. Whereas, in Australia, people are a little bit scared to push ideas like mine. Itâ€™s starting to happen now but itâ€™s also exciting to want to do that when not many other people are.

TCI: What challenges did you face when attempting this project? Were you ever a week behind in your work?

RV: Good question! Not many people have asked me that. If anything, I was a week ahead! Of course there were some weeks where I really struggled. This was particularly evident in the beginning.

When I first decided on this project, it was a conversation I had over drinks, so at the time I was quite confident and unsure of what I was getting myself into. After all, a year is a very long commitment. A few days following the decision, I realised my 3-week American trip Iâ€™d previously booked. So I madly spent the last two weeks of 2014 and the first two weeks of 2015 making 6 chairs. This allowed me to have all the images ready to upload whilst I was abroad- putting me in a very organised position for the rest of the year. From then on, I always had one chair up my sleeve that I was 100% happy with, made and photographed. Just in case. 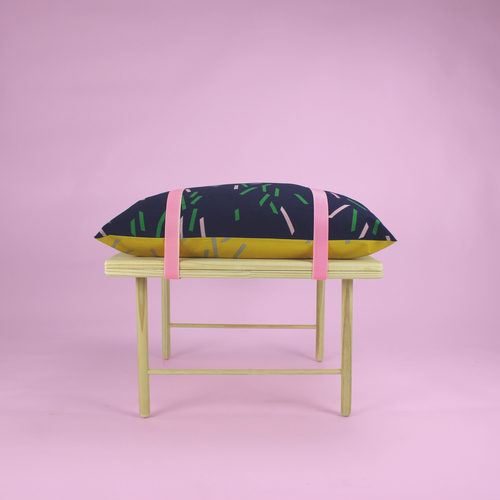 TCI: Who do you recommend go and see the exhibition? Do you think it is suited to everyone?

RV: Honestly, it can appeal to a wide range of audiences. Kids can come in, see the colourful atmosphere and understand that these chairs (although irregular) are chairs. From that, they are able to have a personal interpretation of it. Mostly, it appeals to people of our age who are young and can grasp the notions and trends of the creative industry. However, the idea of having 52 chairs all made in a year on display definitely appeals to anyone, even if they are just stopping by to have a look. Itâ€™s especially cool when people see some of the chairs in the collection and go, â€˜What is that?â€™ Thatâ€™s the reaction I crave!

TCI: Is embarking on a project in a week a good thing to do to get creative minds out of a creative block?

RV: I could not recommend it more! Iâ€™ve had friends who have gone on and done their own weekly projects. For me, no one was holding me accountable and when you are the only one responsible for producing your work itâ€™s really hard to push yourself to complete it. The best thing I did was let social media hold me accountable. At the beginning there was no one who wanted to see my work. However, as time progress I made it a ritual to post a photo of the latest chair every Sunday at 10am. If I didnâ€™t post around that time, I was most likely to receive messages saying â€˜Whereâ€™s the next chair?â€™ not â€˜How are you going?â€™. This project forced me to create something. I encourage this for everyone. Create something, even if itâ€™s not what you imagine it to be like. Just the action of making it will help that creative block which I know a lot of people struggle with daily- I am one of those people myself.

What:Â One A Week Chair Exhibition

Where: Homemaker The Valley, Brisbane.

Treat your sweet tooth at Sonder Dessert in Sunnybank Hills