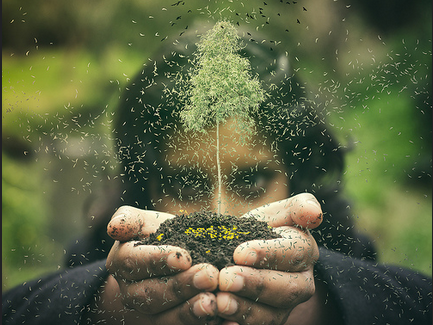 The quality of a photo, it is said, is only limited by the imagination behind the camera, and
in a world where Instagram and Tumblr are saturated with monochromatic stills of gloomy girls and cafe porcelain, it can be difficult to sift through the cliches to find a true work of passionate and progressive photography.Â

Handy Andy Pandy, conceptual photographer and self described photoshop addict has recently completed a 365 Project, his work featuring onÂ The PhoblographerÂ andÂ Get Inspired!Â Magazine, highlighting a medium in which self expression meets craftsmanship, meets wackiness.
His portfolio draws a certain depth of analysis, photos ranging from sombre, to crazily cartoonistic, providing a refreshing amount of breathing space for those of us who thought that the medium of photography had truly died with the Seflie Stick.

CD: It seems you were bitten by the creative bug in 2011, did it take you a long time to establish what you do now as an artist?

Andy: Yeah, because when I first started I had never taken photos in any capacity, I didn’t even use my phone to take photos of parties, or anything like that. So when I started photos, I tried everything: landscapes, portraits, I tried street photography for a while but absolutely hated that. So I sort of tried everything I could think of, bought a bunch of lenses and experimented until the cows came home.
I would shoot several hundred photos, or several thousand. I just hit that stage where I wasn’t happy with anything I was doing, not enjoying it was the worst part. So I packed it in for while, about three or four months, and then by luck I stumbled upon some conceptual photos, work by people like Joel Robertson and Brooke Shaden.

CD:Â In a world of hyper-accessible photo paraphernalia and gloomy model shots which seems to be taking over photo platforms, did you find you had to stand in contrast to what was happening?Â

Andy:Â It was pretty hard, yeah. I used to have this terrible habit of comparing myself to everybody else, which I think everybody does in any hobby. A lot of people even compare themselves to their idols, which I was the worst for. I look at other people and think ‘Wow, they are so much better, have prettier models or are pretty themselves.’ I’m a reasonably overweight late twenties guy, not exactly the kind of guy who can stand in the woods with a forlorn expression and get 1000+ likes. 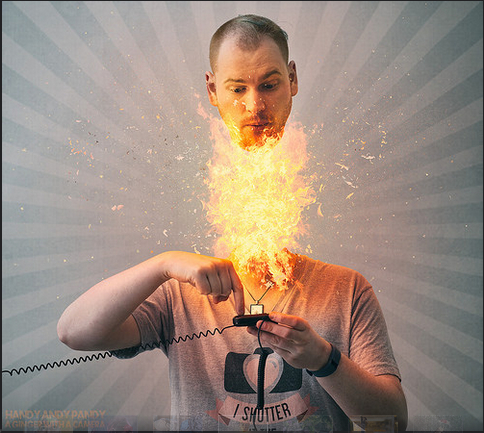 CD: You’re photos use such a diversity of colour, light, and angles. Was there anything in your 365 Project that you wanted to avoid doing?Â

Andy:Â There were quite a few things, a few of which I ended up doing anyway. The goal every day was to wake up and think: ‘What can I do today that I haven’t really done?’ and there are lot of cliches in conceptual photography because there are a lot of idols, so a lot of people will copycat them. This is a great way to learn, but I try and avoid cliches like looking pretty in the woods. Other than that, if there was something that I hadn’t done before, I’d go and do it. I was trying to experiment and learn, so I tried to cram as much experimenting and learning into a year as I could.

CD: Did you wing all of the photos as you went along?

Andy:Â Oh my god, I winged it the entire time yeah. The first day that I started I had this weird thought, saying ‘today is day one,’ of the 365 Project, because I’d been thinking about doing it for a while. And it was terrifying at first, because I was rubbish at photoshop. They’d take about ten to twelve hours a day and I’d be up at 2am for photos and then waking up for work the next day. Winging it was definitely what I did. 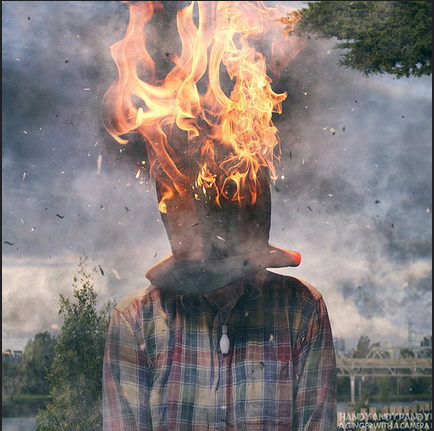 CD: Do you present the mood you were in at the time of these photos, or do you already have the theme lodged in your mind as you create them?

Andy:Â About 80% of it was how I was feeling on the day. A lot of the days I’d try and keep a diary, because I was adamant that I wouldn’t skip a day, so a few times there are photos that are absolutely miserable and dark, because I was having a rubbish day. It was keeping a diary, it kept me sane, or sane as I possibly could be.

CD: You yourself feature in most of your photos, what was it like being your own model?

Andy:Â At the start I was actually a little self-conscious of the fact that people might say ‘You’ve been in 300+ photos, I’m sick of seeing your face,’ but it’s kind of good because you sort of become a mannequin after a while. People see you so much, and you’ve seen your own face so much that the photo isn’t about your face any more, you kind of have to work harder to make the photo. Â A mannequin on top of a blank canvas, or a least that how I want it to come across. 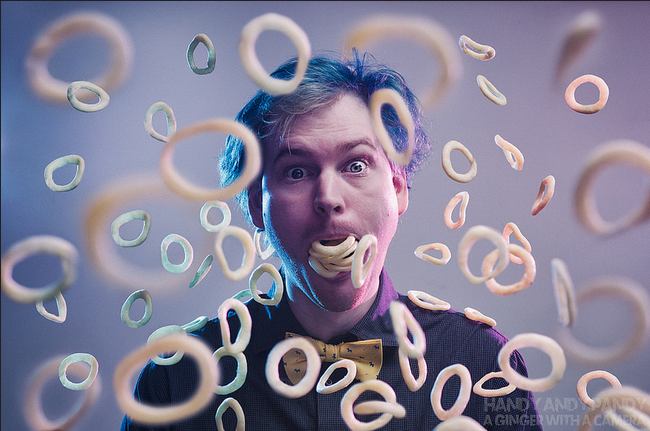 CD: Do you have any ProTips for new up and comers for maybe a 365 or a smaller project?Â

Andy:Â God, I have a hundred tips. I think the first one is don’t compare yourself to others, and accept that you’re going to be absolutely rubbish at the start, because everyone starts off rubbish.
Another one is to focus on the doing. I sent way too much tie watching tutorials and reading books and looking back I realise that I was just procrastinating. I spent two months reading through photoshop tutorials and one day I just woke up and said ‘Okay, today is the start of a 365.’ That’s when the real learning started, there’s only so much you can learn through reading.

CD: Is there anything in the pipeline currently? 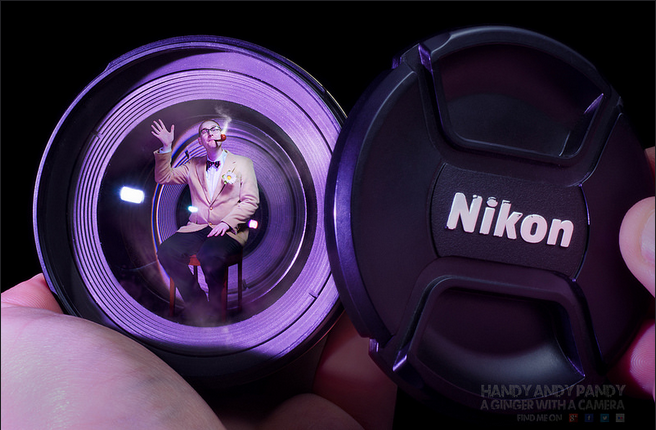 CD: How much of a part did your girlfriend play in in your creative process?

Andy:Â There is one photo called Chocolate and Vanilla, I started calling her chocolate because of her skin colour and she one day started calling me Vanilla, so one day we’re in a shop and I said: “We should buy Ice cream, and do something really stupid.” Try not to do it on a summer day because jesus, it’s sticky.

CD: Is there anyone you currently have your eye on in terms of rising talent?

Andy:Â I have a friend called Robert Cornelius, he’s a conceptual photographer, but an absolute god at it. He’s fairly new at it but I look up to him basically. Â He’s a good friend- he always offers tips and stuff, and his images look very theatrical, almost like a film.