Opera Queensland puts drama on display in Tosca this June

First performed in 1900, Opera Queensland (OQ) is bringing Tosca to Brisbane, presenting themes just as important today as they were 120 years ago.

Director Patrick Nolan decided that instead of using its original 19th-century setting, OQ would set the scene in 1970s Rome and acclaimed theatre designer Dale Ferguson is bringing it all to life.

With a deep love of both art and drama, Ferguson combined his two passions, pursuing theatre design at the National Institute of Dramatic Art in Sydney and has worked with OQ twice before, initially 25 years ago.

Tosca was first set during the Napoleonic Era in the early 1800s and Ferguson notes that the intention of the drama is universal, featuring a story about the blurring between church and state.

“In the case of Tosca, Patrick the director had already made the choice to set it in the 70s when he appointed me,” he said. “So at that point, it was quite liberating from having to choose that myself, so I went straight to that time and looked at the parallels between its original setting and now.”

Interestingly, Ferguson was able to draw many parallels from political unrest in 1975 Rome in the opera, set on a background of labour strikes, assassinations, riots, bombings, attempted coups, and religious pressures on government that were evident in both time periods.

“The drama is often involved in small rooms and voices off somewhere with people being tortured in a room far away, for example,” said Ferguson. “That drama is the same in 1805 as in 1975 and so rather than decorating it, we’re trying to design an environment in which that can happen and be told in a very modern, clear way while supporting the work that’s already there. 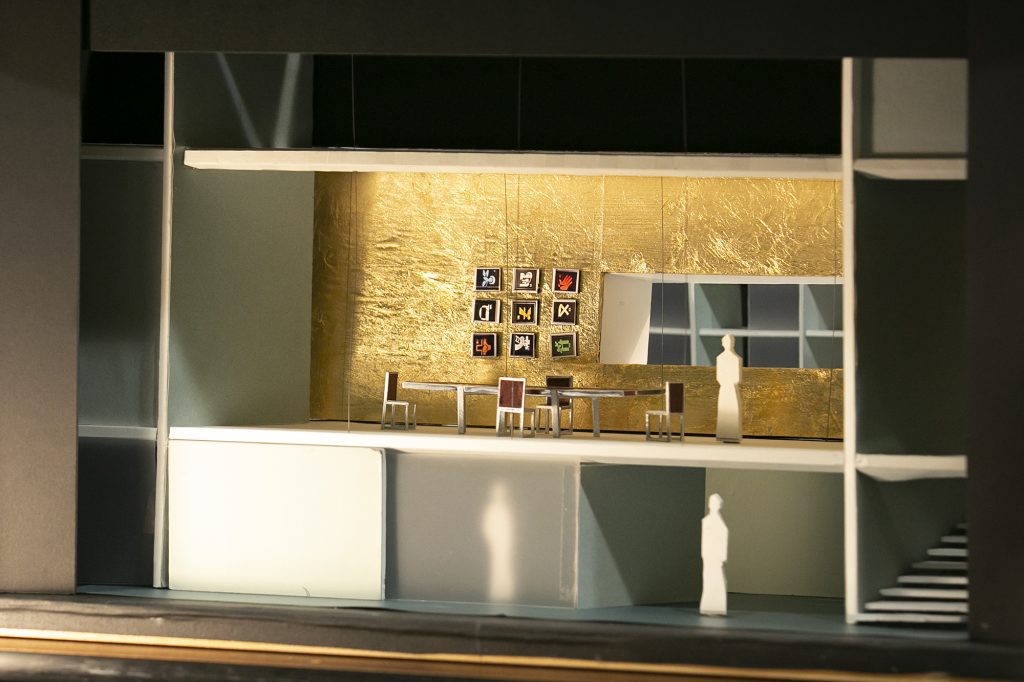 “I think what excites me about Tosca is that as we’re transposing it to a different time and place than it’s originally written, hopefully, this staging will make people understand parts of the storytelling that wasn’t always as clear and how the drama that is happening offstage while the opera is being sung is quite complicated and quite threatening and quite scary. The way we’ve staged it, we hope to be able to shine a light on that action on stage. When someone’s begging for their lover’s life and she can be hurt and tortured in the room next door, that is drama. He can’t see it but we want to be able to show what’s going on. So that’s the part that excites me about this production of Tosca.”

In a collaboration with Nolan on the production, Ferguson began work on these sets months before the cast begins rehearsal with his inspiration coming from both the text and the music.

“After having worked on just text-based plays, to get the music is like another set of clues,” he said. “When you’re listening to the music and following the text, you begin to hear the drama in the music and that inspires you to make choices that either reflect that or sometimes even work against it but always having considered it.”

Being that opera is a demanding art form with unique requirements of the performers, Ferguson also notes how it’s necessary for him to understand certain restraints.

“Often someone’s entrance is marked and they have a certain amount of music to get to the front of the stage. You have to have a good radar and a good understanding of the kind of time and space it takes to move around and do that as well as the restrictions that the performer has to work within,” said Ferguson. “They have to always be able to keep an eye on the conductor, they can’t be in a place where the set is working against what they have to do because the main storytelling is through their voice, therefore you have to support it rather than offer obstacles. Sometimes there are obstacles and there are challenges and the challenges can be met but there would be a line, and understanding the musical acting can be hard but it’s about walking that line.”

Using his vast experience during an impressive career, Ferguson works to make the process more efficient while remembering to keep the creative spark alive.

“You try and remain as curious as possible so that you’re not being repetitive and to try and find something new because finding out what’s new keeps you interested in the work,” he said. “Sometimes the way that some artists, like Monet for example, will paint a lot of water lilies, it’s ok to sometimes repeat a motif or repeat a style but you have to find within the work the nuance to keep it fresh and feel as though you’re creating a unique work.”

Ferguson notes that the music of opera requires a pursuit of excellence and attention to detail that trickles down to the staging and design, creating many resources but adding a layer of pressure. 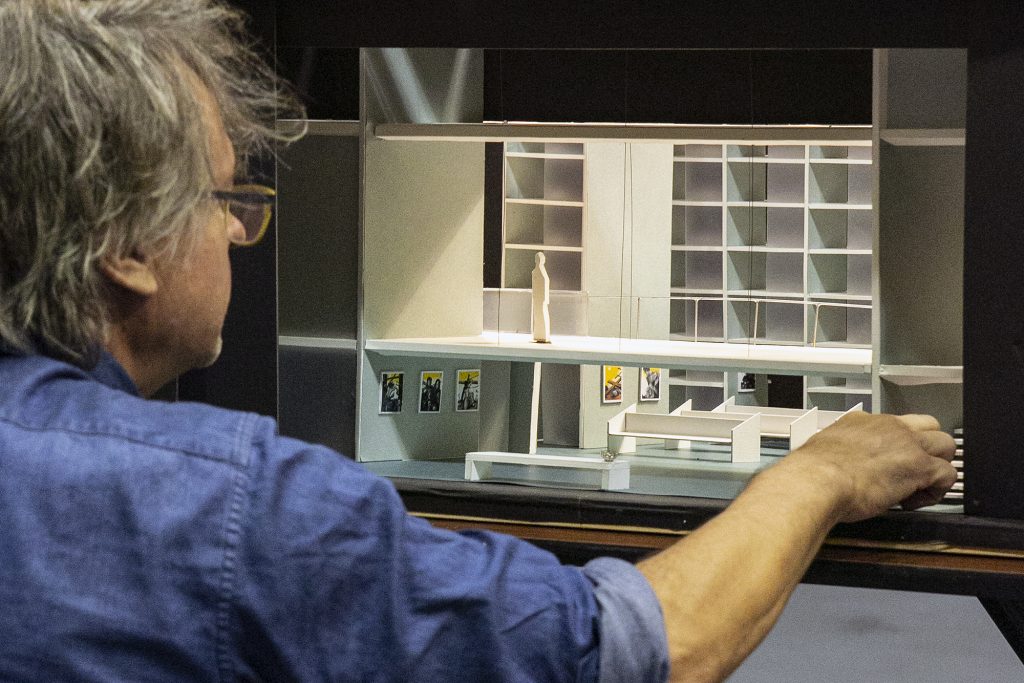 “Working for opera companies is always a pleasure because, by the nature of it, there’s a lot of resources and talent and people to realise your ideas,” he said. “Even though budgets are challenging no matter how much you have, because it’s either an equation of the expectation or the ticket price or the space you have to fill or the fact that it has to tour to multiple venues or last for 20 years, with opera, it is liberating for that not to have to be your primary concern since you have the money and the people to make it.

“Staging is completely unique. It’s the thrill of success or failure and that fortune favors the brave when it comes to art. We have to be brave and try to show this production in as creative of a way as possible.”

What: Tosca by Opera Queensland

Anything Else: Sung in Italian with English surtitles. Find more information here.

A Taste Of Brisbane’s Food Markets

PLTS Talk Their New EP and the Importance of Home