Opera Queensland’s Lorelei tells the story of an ancient myth, with a modern twist. Featuring three of Australia’s leading opera voices in a boundary-breaking mix of opera, musical theatre and cabaret, this is a show well worth seeing.

I first wrote about Lorelei and interviewed librettist Casey Bennetto a year ago. Finally seeing Lorelei on Wednesday after the COVID-delay was a real treat.

From far above the rushing waves and perilous rocks of the most dangerous bend in the River Rhine, comes a piercing siren call. Three Lorelei perch on the cliff, luring sailors to their deaths. But are the Lorelei tired of singing?

Dimity Shepherd, Ali McGregor and Antionette Halloran star as the three Lorelei, each with a distinctive personality. The costumes designed by Marg Horwell are intentionally extravagant, impractical and exaggerate femininity, tying into the thematic core of the opera. Dimity is in 140 metres of pink tulle, Ali in rich red, and Antionette in blue velvet. 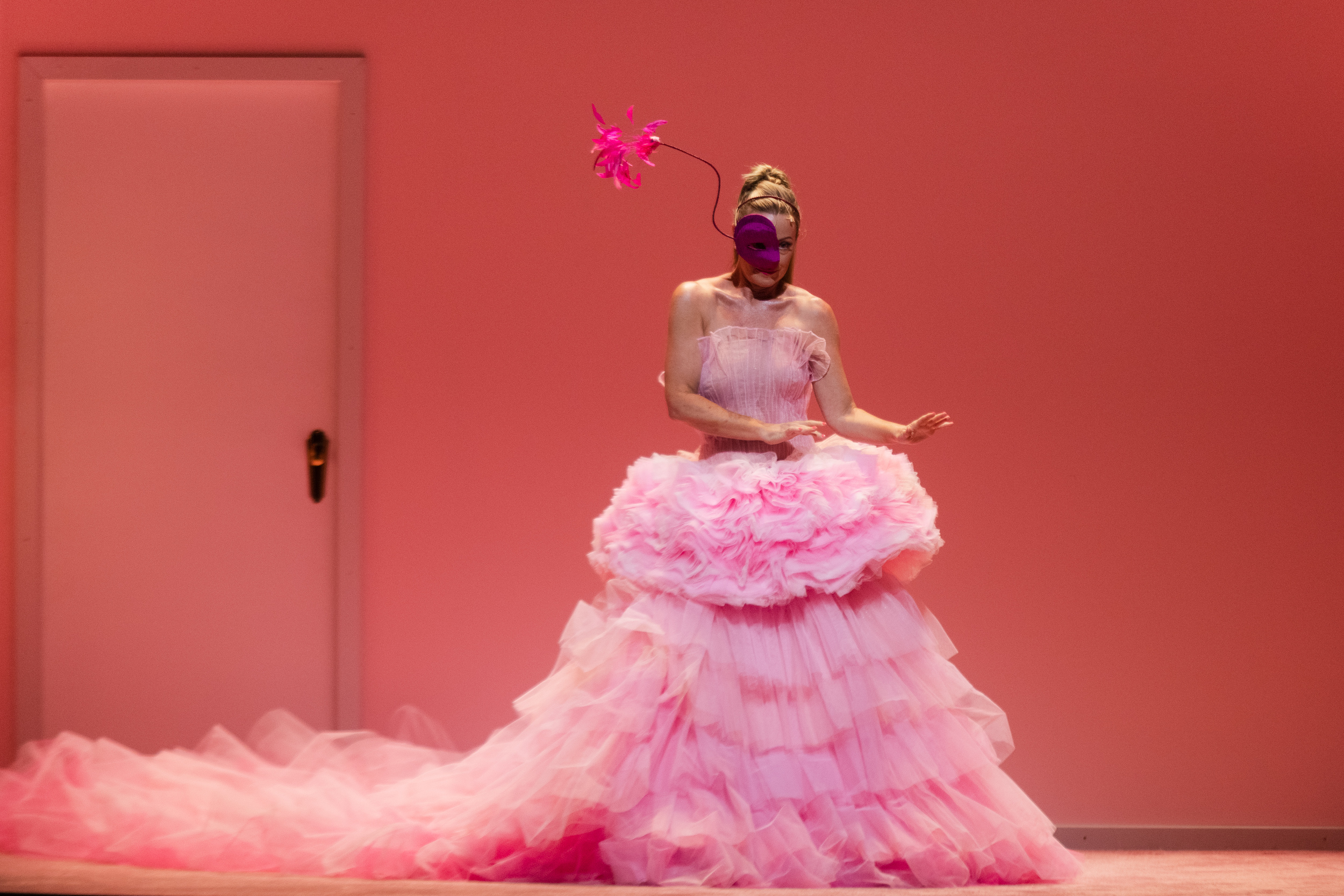 This was my first time at an opera, so I didn’t know what to expect. The modern setting, the songs being in English and the use subtitles and emojis, really make it accessible to an unfamiliar audience. The performance on Wednesday also had a sign language interpreter throughout the entire show, which was quite a feat!

The opera opens with the blunt, amusing line, ‘Hello, goodbye, you’re just about to die’. The audience are like doomed sailors, with the Rhine river rippling in the orchestra. Each of the three Lorelei then launch into their backstory song, with humour, wit and sarcasm. 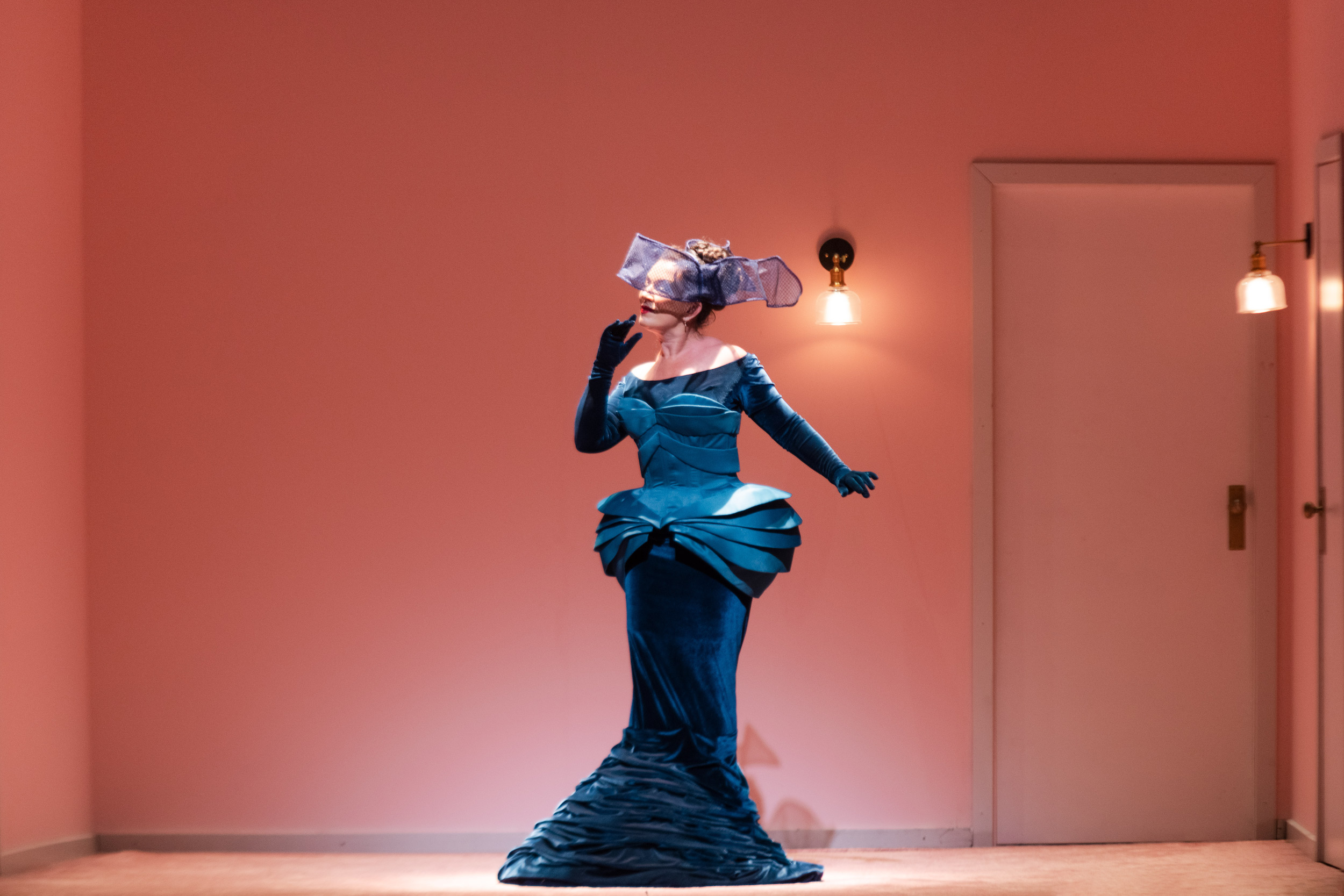 The next song, ‘Sorry, we’re irresistible’ is upbeat and catchy, showing off the trio’s impressive ensemble work. Dimity’s ‘Asking for it’ really hones in on the big questions the opera is asking. The turning point in the story comes when Antionette suggests that they could rewrite ‘the roles we’re born to play’. They start shedding their costumes and high heels, symbolising empowerment and breaking free. After Antionette’s song ‘Leading ladies’, the Lorelei decide not to sing their siren song tonight, and let the sailors pass safely.

But then, CRASH! The ship sinks anyway. The three Lorelei watch is dismay, before realising that after all this time, the drownings are not their fault. Antionette bursts into her fun song, ‘Guilt free’, which includes jokes about fat free yoghurt. Ali and Dimity are not convinced. Their lack of costume now seems like a vulnerability. Dimity tries to escape, resulting in a chaotic and cartoonish sequence of opening and closing nine doors. They soon realise they can’t escape from this perpetual myth, or, from the pressures of our society. 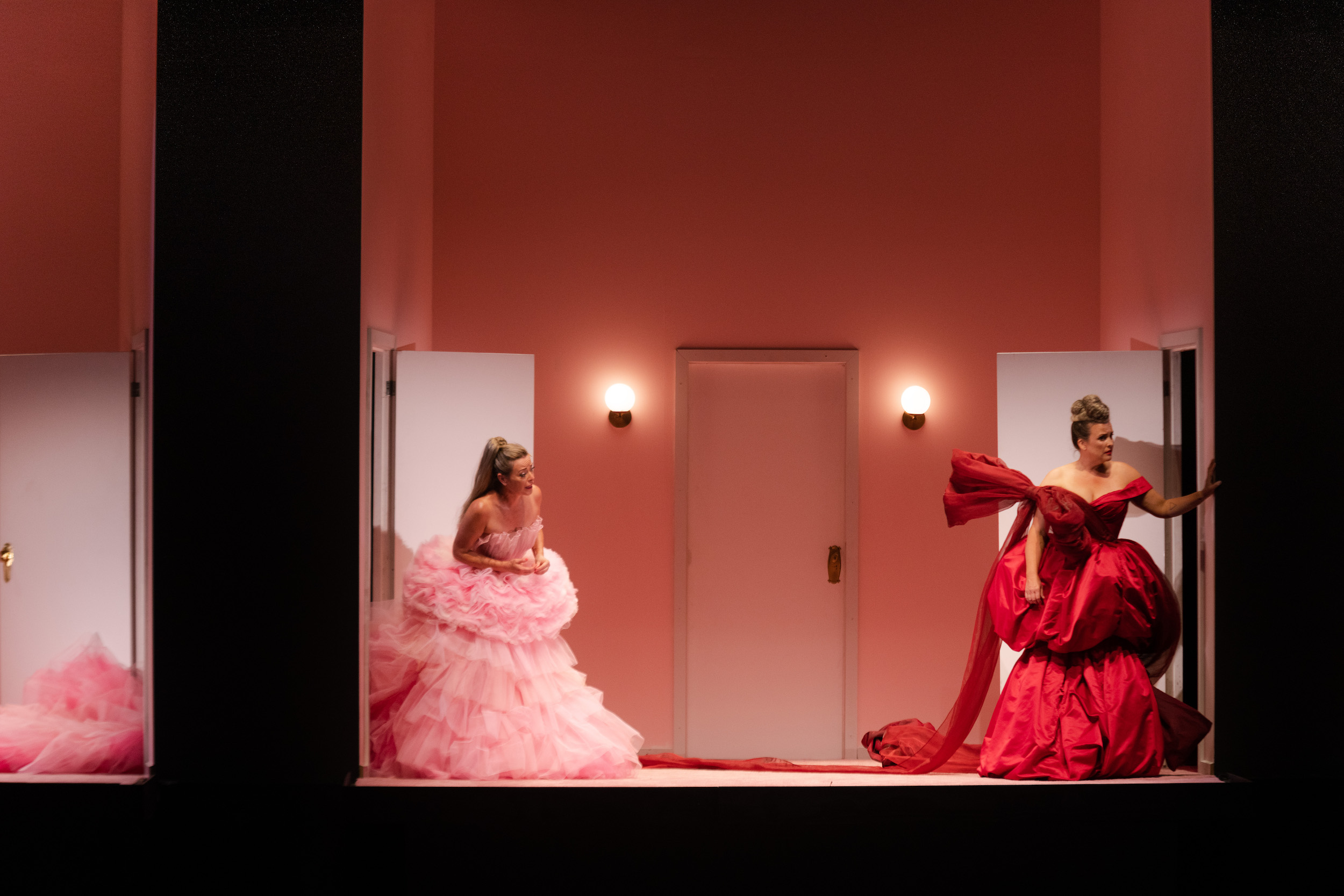 The Lorelei’s final song is full of anger, asking ‘Who taught us how to sing, then stole our voice?’, so implying someone pushed her off the rock. Stagehands then enter the stage and re-dress the Lorelei in their elaborate costumes. The show ends in the same way it began, back to ‘Hello, goodbye, you’re just about to die.’ As the audience, we were left with a lot to think about on the train ride home.

In all, Lorelei is a fierce, engrossing show that strips away preconceived ideas of opera. It raises many complex questions and discussions to make us reconsider the stories we tell.