OQ and Circa are fearless: Orpheus and Eurydice is a must-see

As you make your way into the theatre, an image of two large hands in black and white appear on the curtains. They grasp for one another but slip away after a brief touch. It sets the tone for what is to come. Hope, love, loss.

The orchestra tunes up and silence ensues. The curtains open and it’s Eurydice in mid-air, descending into the underworld in an impressive aerial routine, both graceful and chaotic.

This circus opera, the likes of which Brisbane theatre-goers have likely never seen before, gets going straight away and kept everyone at the edge of their seats for the entire 90-minute production. Gasps are felt but the room at attention. We’re in the underworld now.

Orpheus and Eurydice, composed by Gluck retells the Greek myth of its title characters, exploring themes of death, hope, desire, and love. Opera Queensland invited the world-renowned contemporary circus Circa to aid in its creation and the final product blew everyone away.

In this day and age, it’s easy to assume that opera is out of date or inaccessible to young audiences. While oftentimes, this can be true, Orpheus and Eurydice feels more relevant than ever in the most unexpected ways.

Comparable to Cirque du Soleil, although still incredibly unique in its execution, Orpheus and Eurydice is a testament to how OQ is finding new ways to break the mold.

You might expect a sort of back and forth from opera sections to circus sections but the two genres couldn’t have been blended more beautifully. The acrobats added energy to the story and helped express the leads’ inner feelings in the most interesting ways.

Oohs and ahhs echoed throughout QPAC’s Playhouse as daring jumps, seamless partnering, and ultimate tests of trust were pulled off again and again by the powerhouse artists from Circa. For me, they stole the show.

Scenes of Orpheus gone mad in an asylum were taken to a new level with the acrobats’ performance. As well, the Furies at the gates of the underworld were beautifully depicted with their stunning strength, stamina, and passion. 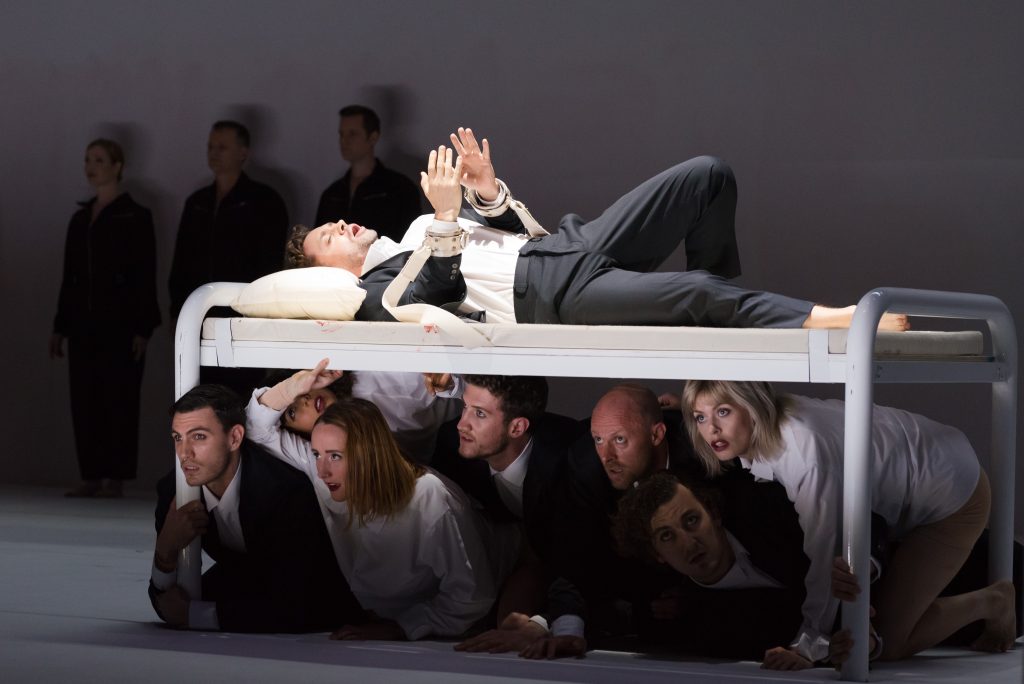 The singers were impressive, too. Especially Owen Willets as Orpheus who worked closely with the acrobats to incorporate the two genres even further. As if singing opera isn’t hard enough, Willets did so while walking a human staircase. Not to mention, the final scene brings the story full circle with Orpheus suspended in mid-air.

In the corridor after the final bows, audiences were gushing over his phenomenal commitment to blending opera with circus for an experience they never expected.

Director Yaron Lifschitz notes that the opera is neither victorious or tragic, saying “rather it is essentially, constitutionally human.” And while the gorgeous music undoubtedly evokes human emotion in the most profound ways, the humanity of the acrobats takes things to another level.

What’s so compelling about circus performance, in particular, is the fearlessness and trust necessary to even attempt these tricks.

Of course, it’s no small feat to stand on stage on your own, spotlight pouring over you as you sing from the heart but it’s something else to throw yourself at another person, trusting not only yourself but your partner as well. And to do it gracefully is something that’s inspiring and deeply human. Trusting one another is something we all must do to survive and thrive.

Ironically, trust is the one thing Eurydice, played by Natalie Christie Peluso lacked when Orpheus met her in her death. Perhaps it’s this juxtaposition that made OQ’s version of Orpheus and Eurydice so tangible.

Aiding the show’s quick pace was the set transitions. Foregoing any interludes for set changes, the cast would move pieces on and off the stage. These transitions could have incorporated more interesting choreography but overall, it was a lovely way to keep the momentum going.

Sung in Italian, Orpheus and Eurydice provides subtitles that, although are occasionally distracting, fit well into the show as a whole. The English words appeared as they were sung, before melting or floating away on the set’s white background.

The simplicity of the white background on stage was also appreciated. Moving projections helped tie the story together for a fully modern experience that kept the audience involved and interested. 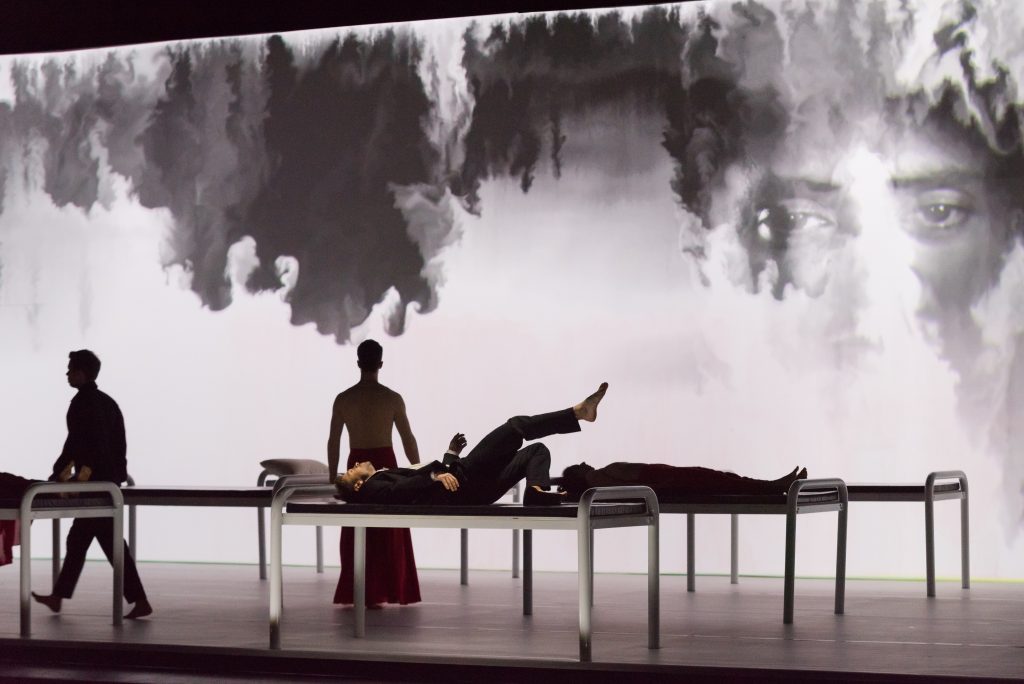 As OQ’s final production of this season and as we move further into the 21st century, the hope is that opera in Australia continues to push boundaries and offer experiences for audiences to feel something deeper than they’re used to.

With a standing ovation and the words written on the wall, it’s with all honesty that OQ and Circa have made opera accessible, thrilling, and fearless with Orpheus and Eurydice.

What: Orpheus and Eurydice by Opera Queensland and Circa

When: 24 October to 9 November

More Info: Sung in Italian with English subtitles. Runs for 90 minutes without an interval.